I am travelling to Bangkok and just got to know that I will be flying on a 22 year old Thai Airways Boeing 777-200, how safe is it to fly on a plane this old? 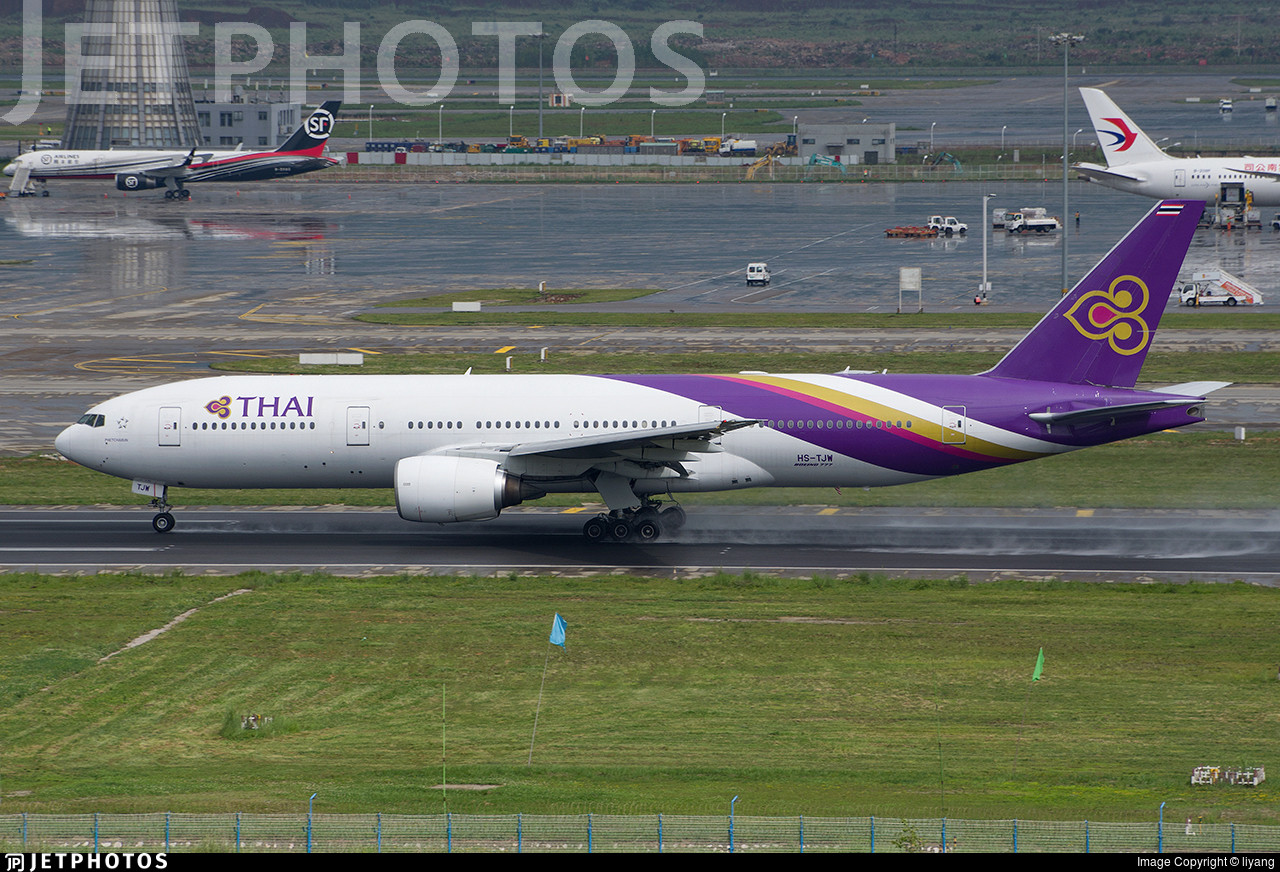 I think the myth here is that an older aircraft isn't safer because of wear and tear. That's not really true due to maintenance requirements. If you want to, you could fly in a Douglas DC-3 (1930s aircraft) today if you had enough time and money to find the operator. Any aircraft can be operated if it is still maintained.

The reason aircraft get retired from commercial airlines is generally they become expensive to maintain, not because they stopped being airworthy. Airlines don't buy one airplane, they buy a fleet, which includes the maintenance portion. The larger picture there is you need

Delta will remove the MD-90 two-years earlier than previous plans to “realize fleet simplification benefits,” said Jacobson during the airline’s second quarter earnings call on July 11. The airline will replace the aircraft with ones from its current orderbook, which includes 77 Airbus A220s(sic, likely A320) and 144 Airbus A321s and A321neos, he added.

The early retirement of some MD-90s was understood to be to support the in-service fleet, with parts from the removed aircraft available to support operational aircraft.

In other words, Delta cannibalized some of its fleet for parts, and may be actively doing so with its rolling retirement. McDonnell-Douglass (who made the planes) is now owned by Boeing, and production of the MD-90 ceased in 2000. These planes can still be flown after Delta retires them, but Delta will have a hard time (i.e. expensive) sourcing new parts, which makes less sense for an active carrier airline operating thousands of aircraft around the world. Other aircraft of similar size are in production and their parts are more plentiful.

The planes will be sold to secondary carriers. You might have seen one in the news recently, when the US government chartered a flight with Kalitta Air (likely operating a 747-400) to evacuate US citizens exposed to the coronavirus. These companies operate smaller fleets and, since they get cheaper used aircraft, the increased cost of finding parts will be offset.

The Boeing 777 is still in production. It is as safe as any aircraft in commercial airline use, regardless of age.

The age of the aircraft has never been the root cause of an aviation catastrophe. It's the maintenance, the crew and the safety policies/procedures of the airline.

If you look at the average age of aircraft, 22 years isn't actually that bad.

I'd be more interested in checking out the accident rating of the individual carrier. Do they service their aircraft properly. Do they maintain them in the top standards... If they do, nothing to worry about.

They have been under serious scrutiny so things will have been done right!

Here is a thought, to complement what other answers explain about maintenance and safety. 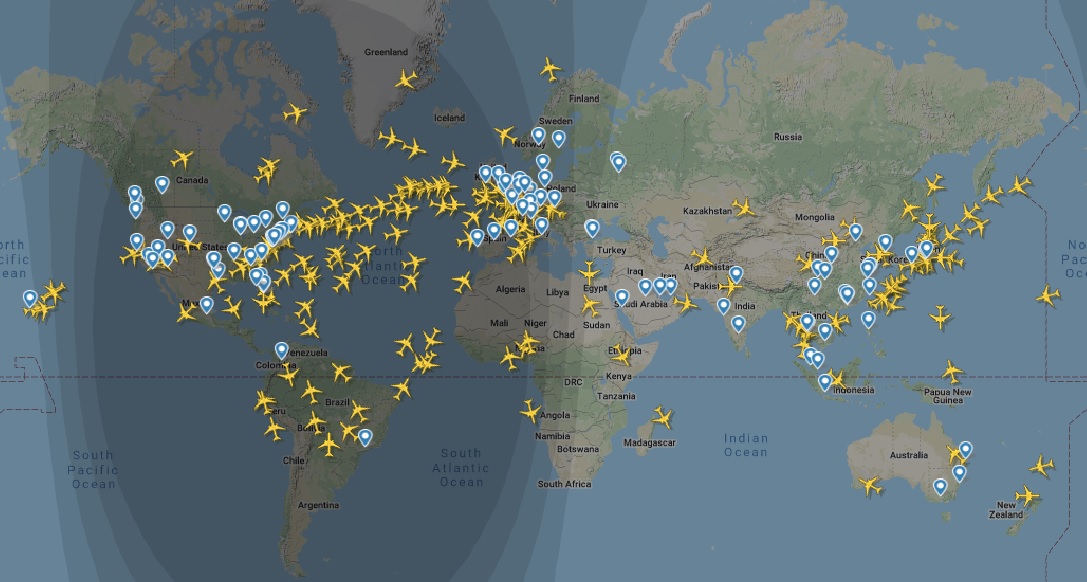 This happens 24 hours a day, 365 days a year, and you never hear about it. That's how safe flying is.

If you extend to the whole Boeing 777-family, the number of aircraft in flight at this very moment increases to 680, and the picture looks like this: 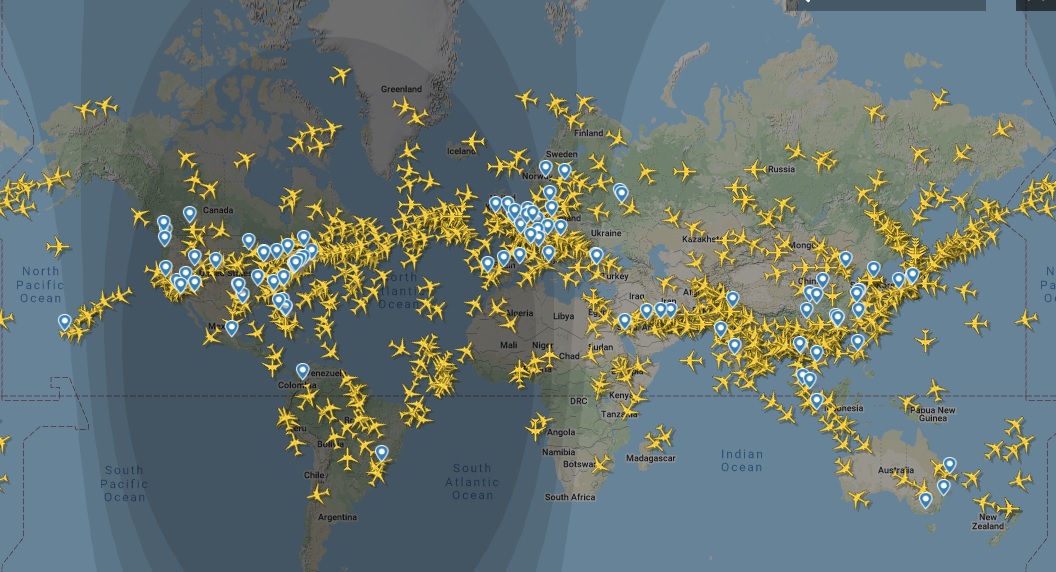 The pictures are from Flight Radar 24.

Yes good maintenance practices and regular overhauls by the aircrafts operator reduce the chances of an accident but in my opinion the chances of a component failure do to metal fatigue increases with the age of the aircraft, This is because every time an aircraft is pressurised, lands and takes off significant forces act on all the structural components. Unless the aircraft is completely dismantled, NDT'd (non distructive testing) some small stress fractures can go undescovered. Also newer aircraft have better, stronger and more resilient materials of manufacture. Therefore you are more likely to have an incident on an older aircraft compared to a newer aircraft.

user109057user109057
1
2
Add a comment  |
Highly active question. Earn 10 reputation (not counting the association bonus) in order to answer this question. The reputation requirement helps protect this question from spam and non-answer activity.

21
How to fly on the new Boeing 787 Dreamliner?
2
How many jetways are used when boarding a Boeing 777 in SFO?
13
Is there room for a rollaboard in a CRJ-200 overhead bin?
8
British Airways Inaugural Flights
10
Can a 16 year old fly alone in the European Union?
1
Difference between Airbus and Boeing planes, width for economy seats
3
On an airliner, how do the seats at the front of a row handle the food tray and the entertainment system?
6
How to carry a Squash racket on Thai Airways?