What neighborhoods or sites should I visit in Montreal?

I'll be visiting Montreal for the first time this month to participate in an academic conference on urban design. Naturally, as an urban designer, I would love to visit vibrant neighborhoods in Montreal or the surrounding area.

The conference is downtown. What are some other vibrant neighborhoods in Montreal?

Whenever I used to visit Montreal I'd try to hit as many of the following as possible:

and the Laurentians, but that's not really in town.

Really with few exceptions you can't really go wrong with anywhere in Montreal. It's got a multitude of things to check out that you can't say about most other cities in North America. And the the restaurant and night life? Top notch.

It's not a neighbourhood per-se, but I think you'd find the Olympic Park interesting. You've got the main stadium itself, which is impressive and you can go up the tower to an observatory to see the surrounding area. That in itself could be enough to tick your urban design box! 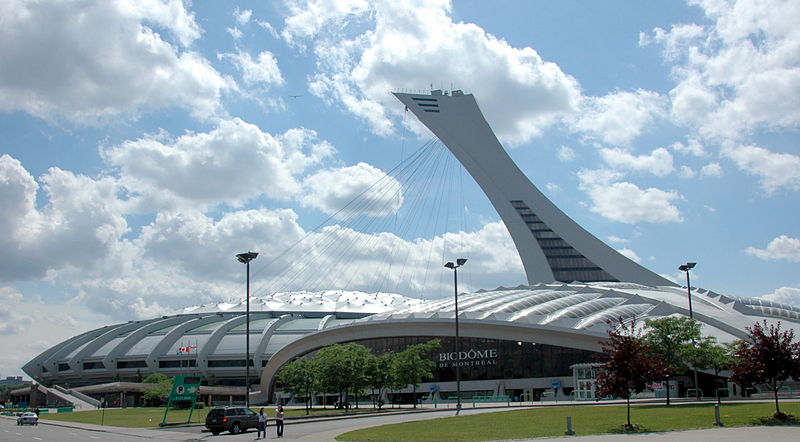 Also in the park you have the Montreal Biodome, in the old cycling facility. That holds four different ecosystems from the Americas that you can visit, and is a nice and interesting place to visit. There's also the swimming pool in the park which you can visit (and swim in!)

Not to be confused with the Montreal Biodome, and a few miles away, is the Montreal Biosphère. It's an environmental museum housed in an amazing huge steel geodesic dome. Design wise it's certainly worth a visit! It's localted in Parc Jean-Drapeau, on Île Sainte-Hélène close to downtown Montreal. Even if it isn't a neighbourhood, it's close enough I'd say to warrant a visit! 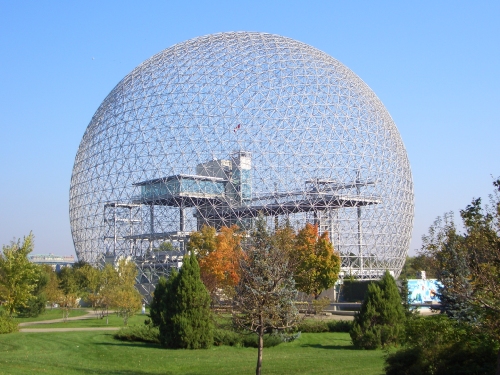 Hopefully someone else can advise you on more traditional definitions of neighbourhoods to visit!

I recommend Outremont. It is a very European feeling neighborhood with a lot of Montreal history (for instance St. Viateur Bagel is there). It also has a very large (I heard second largest in the world, after NYC) Hasidic Jewish community, which gives a nice flavor to the neighborhood. It is also relatively easy neighborhood to reach, just take route 80 up Parc.

There are already plenty of good suggestions, but I'll add my grain of salt: it kind of depends where you are from.

Montreal is a nice city to visit, particularly if you are not European. The reason being that Quebec (the province) is unique in America for its European flair. Montreal being a big city has a different take on that flair and that is pretty nice.

The Old City/Port area is cobblestone small street mixed with the old industrial port to the south. It is a compelling mix.

If you do in the nicer months of the years, chances are that there will be a festival in Montreal. There is a blocked area downtown with over 7 stages for shows, absolutely worth it. It is a mini-pedestrian heaven in the city.

I have always been a fan of the markets in Montreal. Some have a great "relax and enjoy the moment" vibe. I would recommend the Marche Jean-Talon first and Atwater second.

As other have mentioned, for unique architecture, look for the Olympic Stadium, the Casino, the Biodome and the site of Expo 67. Of all of them, I'd recommend the Expo site. The juxtaposition of the site being on an island with the bridge going over is rather nice and makes for a nice walk.

Montreal is also known for its underground city, which must be true of most big northern cities. In the downtown area, you can walk underground for quite a while. There are shops, train stations and even residences. More information at: underground city.

Not the answer you're looking for? Browse other questions tagged sightseeing canada montreal or ask your own question.

10
Accommodation, sights and food in Maui
4
Montreal on public transport: what kind of tickets to use?
15
Feeling the spirit of Helsinki, where?
4
Is feasible to visit Old Montreal or Downtown during a 12-hour layover?
5
What do I need to know about going through immigration traveling out of the country for the first time?
2
Can I visit the US?