From Hiroshima to Fukuoka via local trains

Our next trip in April will involve going from Hiroshima to Fukuoka.

We would like to take local trains, not the shinkansen, but the information I can find on the internet only point me to the shinkansen.

I can see on google maps that there is a rail line going between the two cities, but that's the most I could get.

Where can I find timetable and fares for the local trains connecting Hiroshima to Fukuoka? 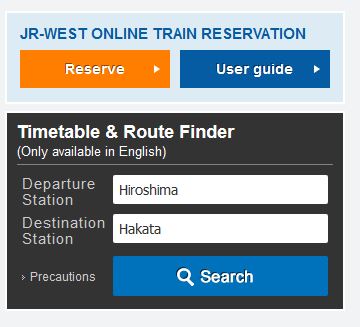 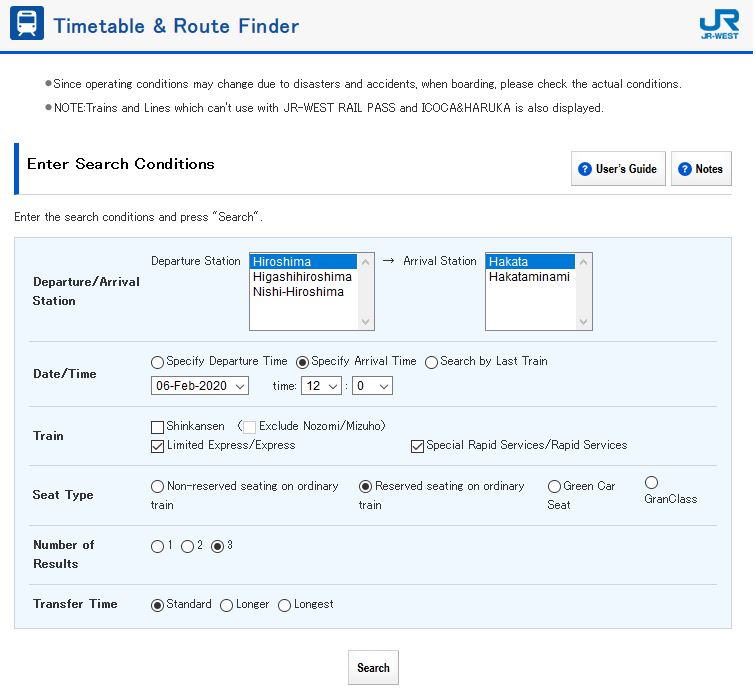 Take note that the main station in Fukuoka (where I live) is not called "Fukuoka Station" but Hakata Station. So in the above search I entered "Hakata" in case that is where you intend to go to. If you really wish to go to Fukuoka Station (a non-JR line), just change the search or you can also take the 100-yen loop bus right in front of Hakata Station. 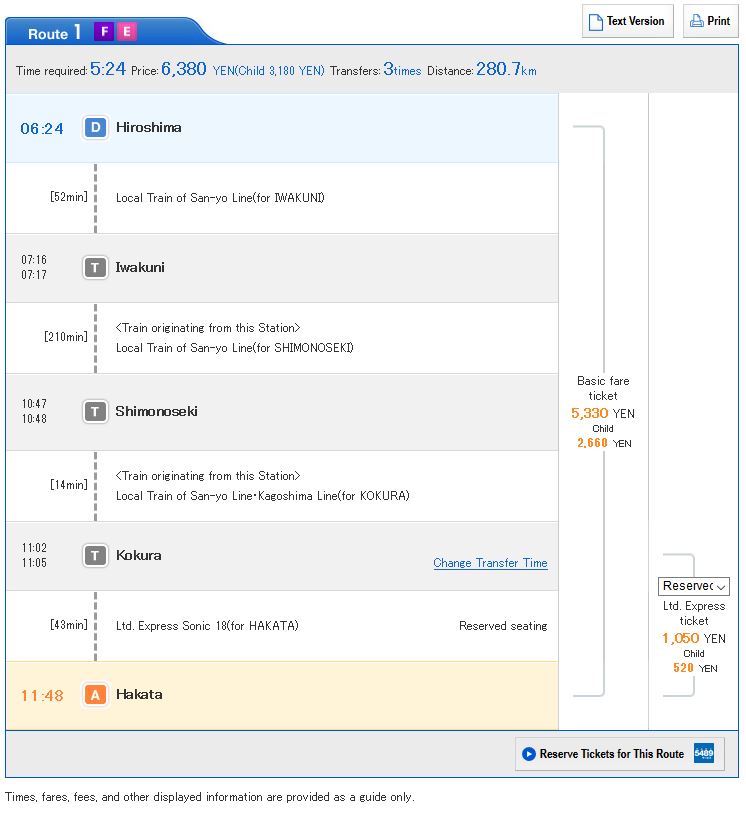 I noticed that in this search result it shows that you have to take a "Reserved seating" for 1,050 yen. However, I checked another site (Navitime, in Japanese language only) and it shows an option for an unreserved seat for 520 yen only, lowering the total fare to 5,850 yen.

There is discount fare called "Seishun Juuhachi Kippu" (青春18きっぷ) available from JR each spring, summer, and winter. Last spring it was sold from Feb 20 to Apr 10 and was available to use from Mar 1 to Apr 10. There is no information yet for the coming spring, but I think that it will be around the same time. It's only about 12,000 yen but you can use it for 5 full days on local trains and even some ferries. Check this link for more info.

I suppose you haven't been able to travel yet, due to COVID. So hope I'm not too late. But for when you eventually make the trip, there's a question to ask.

There are no limited express trains on the San'yo Main Line west of Okayama, and you're left with really the local trains (or express trains, which are not really so "express").

Well, in fact, as of March 2021, there aren't even any express trains west of Hiroshima, so you only have the local trains which stop at every single station. There is a limited express train from Kokura to Hakata, for the last leg of your trip, but that will shorten your trip by like 30 minutes so it doesn't really make a difference.

So, do you really want to travel on local trains? They are so slow, and often less than comfortable, and are as such not as pleasant to travel on as you might have thought. I suppose the reason that you want to take the local trains is either (1) to travel a bit slower so that you could visit the spots in between, or to (2) save money.

Now, if your answer is (1), then the Shinkansen isn't bad. Besides the fastest Nozomi and Mizuho trains, there are slower Hikari and Sakura trains, as well as Kodama and Tsubame trains which stop at every station. Then you can use local trains to complement the Shinkansen.

If your answer is (2), you might want to try the express bus instead. They are even cheaper than trains (if not using Seishun 18, which can only be used in specified periods of the year), and you can get a "night bus" which will travel at night. If you have no problems sleeping on the bus, then this would be preferable to local trains because it solves two problems at a time: it's cheap, and you also save time and lodging.

If you just want to try out the local trains, then go ahead, I guess :-) There isn't really need for a timetable anyways, since all trains are local until Kokura. And since you're always travelling on the same line (San'yo Main Line), all you really have to make sure is that you're travelling on the right direction, but I hope that wouldn't be too hard.

Not the answer you're looking for? Browse other questions tagged trains japan or ask your own question.

5
How can I find info about the train or bus from Murfatlar (Basarabi) to Bucharest?
10
Options for sending a message while on a Shinkansen
3
Is a Kyushu itinerary with Japan Rail Pass + Car Rental cheaper/more convenient?
6
How to understand the Indian Railways from abroad?
10
Why doesn't Australia have any trains that can go faster than 160 km/h?
6
Italy Regional Trains itinerary and routes
6
Bike reservation for SailRail between Great Britain and Dublin
3
Does South Korea have trains from Andong to Jeonju?
5
Transportation in Miyazaki Japan
10
Finding how crowded a given train connections is (by day of week, and by hour)