What is the cut-off time to obtain one's boarding pass at LIM airport when flying with United airlines (passenger has online checked in)?

What is the cut-off time to obtain one's boarding pass at Lima airport (Jorge Chavez International Airport, LIM) when flying with United airlines (passenger has online checked in)?

The United Airlines online check-in website doesn't give the cut-off time to obtain one's boarding pass. They vaguely displays after the online check-in: 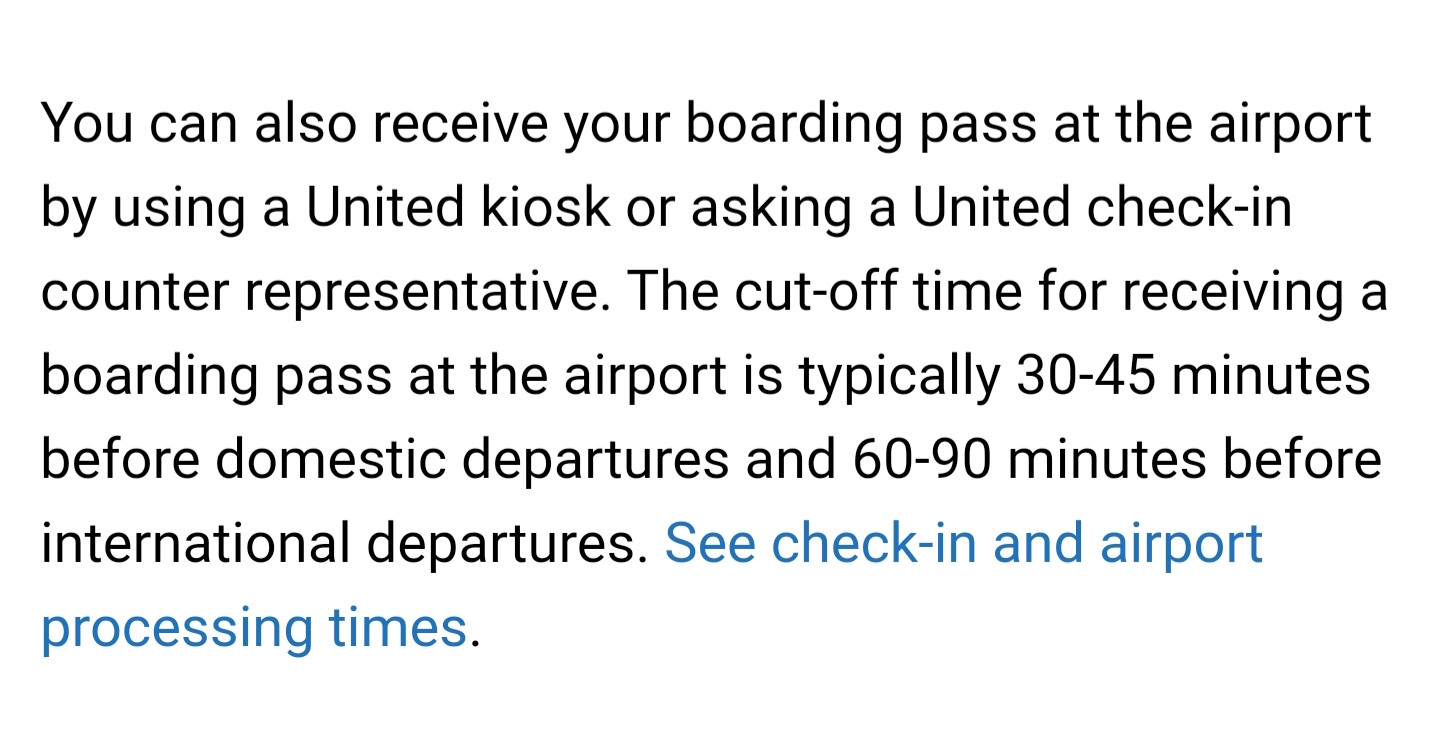 The web page they point to discusses cut-off times for check-in, bag drop, etc. but not boarding pass printing. 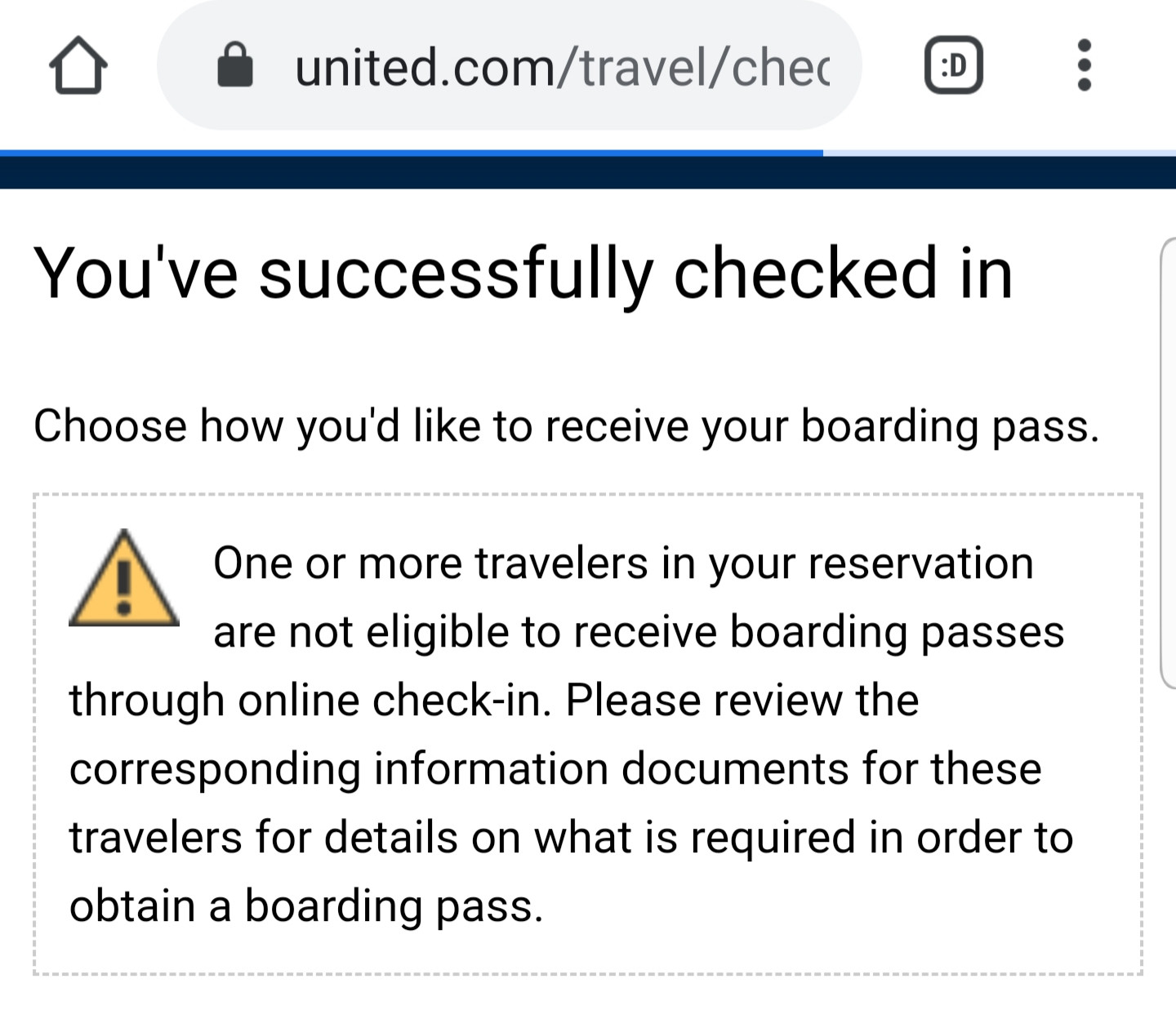 For Lima specifically, the website you've linked to states :

As far as United is concerned, you are not fully checked-in until a boarding pass has been issued.

Unrelated to the specific question asked, and specific to United Airlines, you will sometimes have different experiences when checking in via the website or their mobile app. Even if one path failed to issue a boarding pass, the other may be able to issue one so it's worth trying both.

TL;DR: nobody has any clue what they're doing so as Doc's answer recommends show up at 75 minutes before the scheduled departure if you want to avoid debating and possibly missing the flight, unless you're able to find a different cut-off time for boarding pass printing in writing. I'll leave the question unsanswered for now as the level of evidence is low (people seem to just guess).

Not the answer you're looking for? Browse other questions tagged air-travel tickets united-airlines lima lim or ask your own question.

36
Am I going to have trouble flying with a reversed name on the ticket?
6
Does AirBaltic require you to print boarding pass before arriving at airport to avoid extra costs?
7
When taking a multi-segment flight, is it guaranteed that you would get all boarding passes at the first airport?
9
Do you have to show a WIZZ boarding pass on a computer screen for it to be printed for free at the airport?
26
How to obtain the return flight boarding pass?
3
Can I check in at a kiosk if I selected "Online check in"?
1
Do online boarding passes on Blue Air Romania need to be printed, or can one show it on the mobile phone?
0
United Airlines online check-in for international departures from the US