Are there any airlines which offer two complimentary checked bags to all passengers on transatlantic flights?

The vast majority of airlines operating flights between North America and Europe have now restricted standard economy passengers to checking just one complimentary piece of luggage. Some airlines are not even allowing any free baggage on some ticket types, meaning it's no longer a universal benefit that comes with purchasing any type of ticket. This is the opposite for transpacific flights, on which checking two bags is a universal benefit on nearly every airline (except budget ones).

Are there any airlines that offer two complimentary checked bags as a universal benefit to all passengers traveling transatlantic (as in their itinerary is transatlantic), no matter what cabin class they're traveling in, their elite status, or (as a bonus) the type of ticket they've purchased?

As an example, Air India used to do so on their fifth-freedom flights between Newark and London Heathrow, but they've since discontinued this route in favor of nonstops to India, and even if it were still operating, they've restricted passengers traveling via Newark to just one free bag.

Singapore Airlines flies between New York (JFK) and Frankfurt, and their current baggage policy is at least two bags (up to 23kg each) for economy class flights to or from the US.

There might be some, but you should always look at the overall price for the flight and the luggage together.

Air Serbia allows this on its direct flight between Belgrade and JFK. 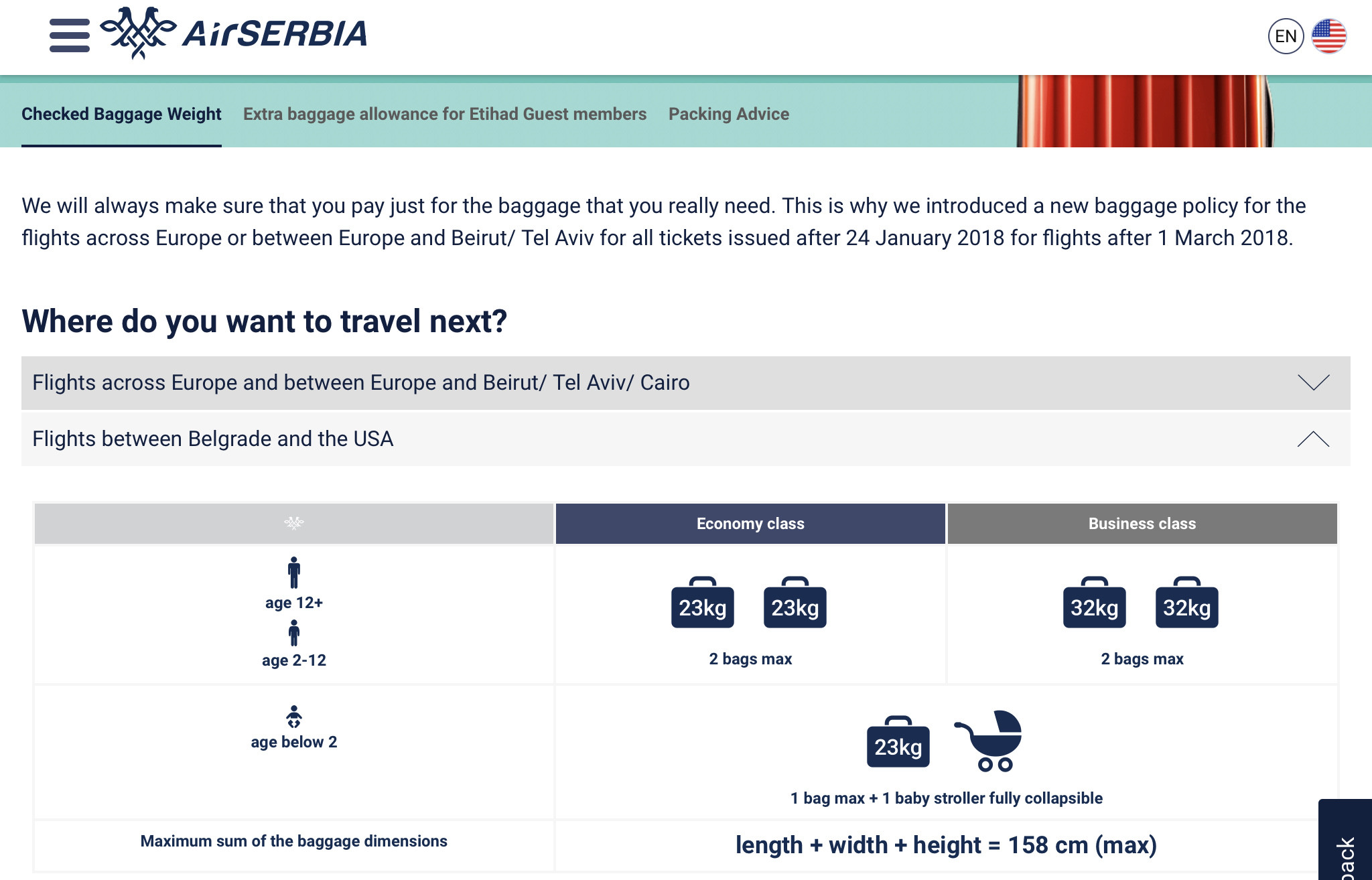 Not the answer you're looking for? Browse other questions tagged luggage airlines regulations or ask your own question.