Vancouver – Where's this boulevard with street parallel parking and enveloped with trees?

I happened on r/springporn. Tim Jones was photographer. 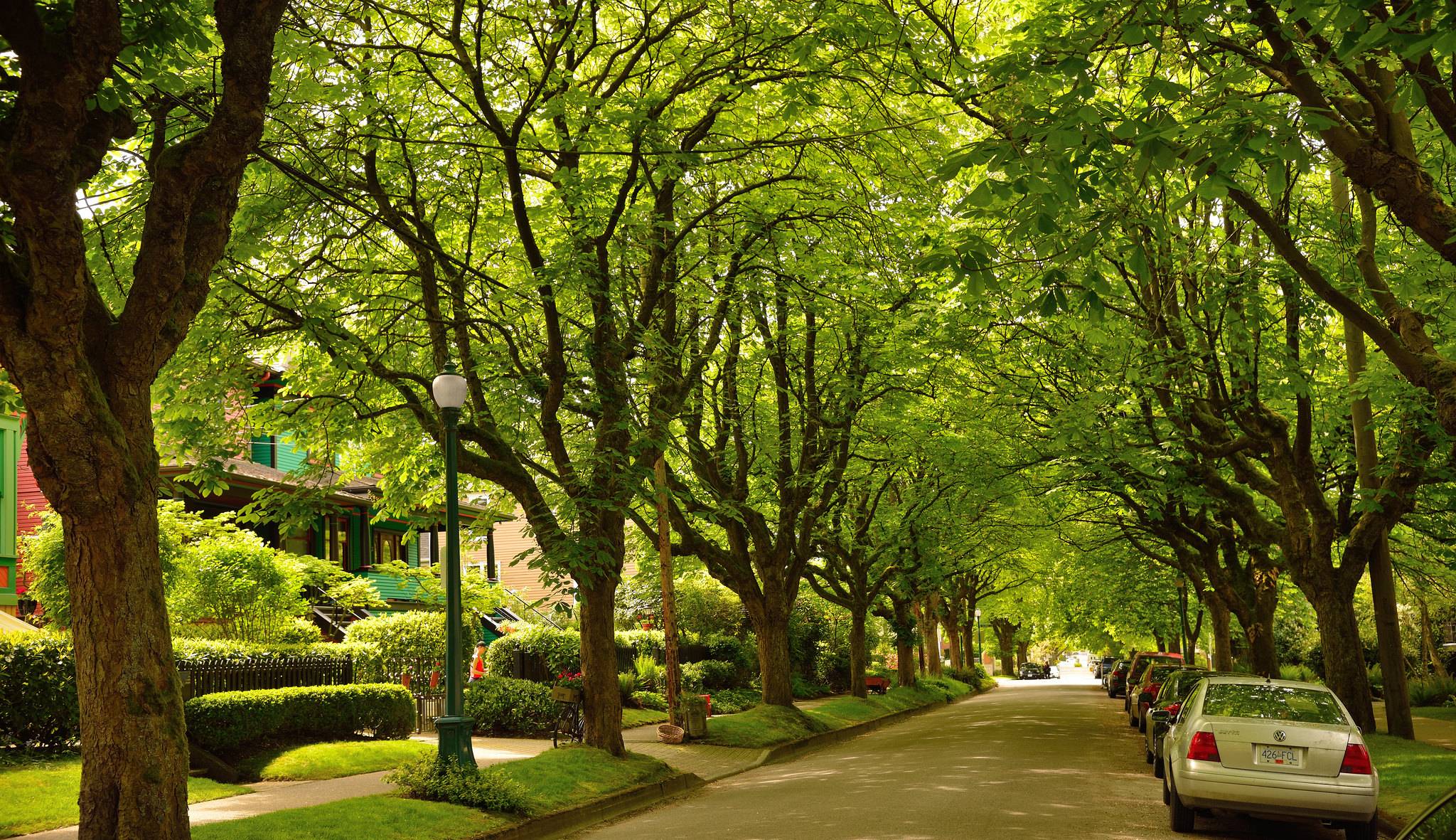 This is the location of the partly visible houses on the left, 148 and 150, which are two spite houses. An owner of the house at 150 built the house right up to the property line, to which the owner of 148 responded by building his house so that it touched 150.

To find this, I downloaded the original resolution image from Flickr and viewed it at 100%. It was then that the Columbia Street street sign at the next intersection became visible, as well as a mini roundabout at the following intersection, the plaque on the fence, the red chair and wheelbarrow, and a few other things. It only took a few moments of looking along Columbia Street in Google Maps' satellite view to find the cross street lined with trees, 10th Avenue Bikeway.

Not the answer you're looking for? Browse other questions tagged identify-this vancouver or ask your own question.