Where are these wild flowers, in front of dell and evergreens, in Mt Rainier National Park, WA? [closed] 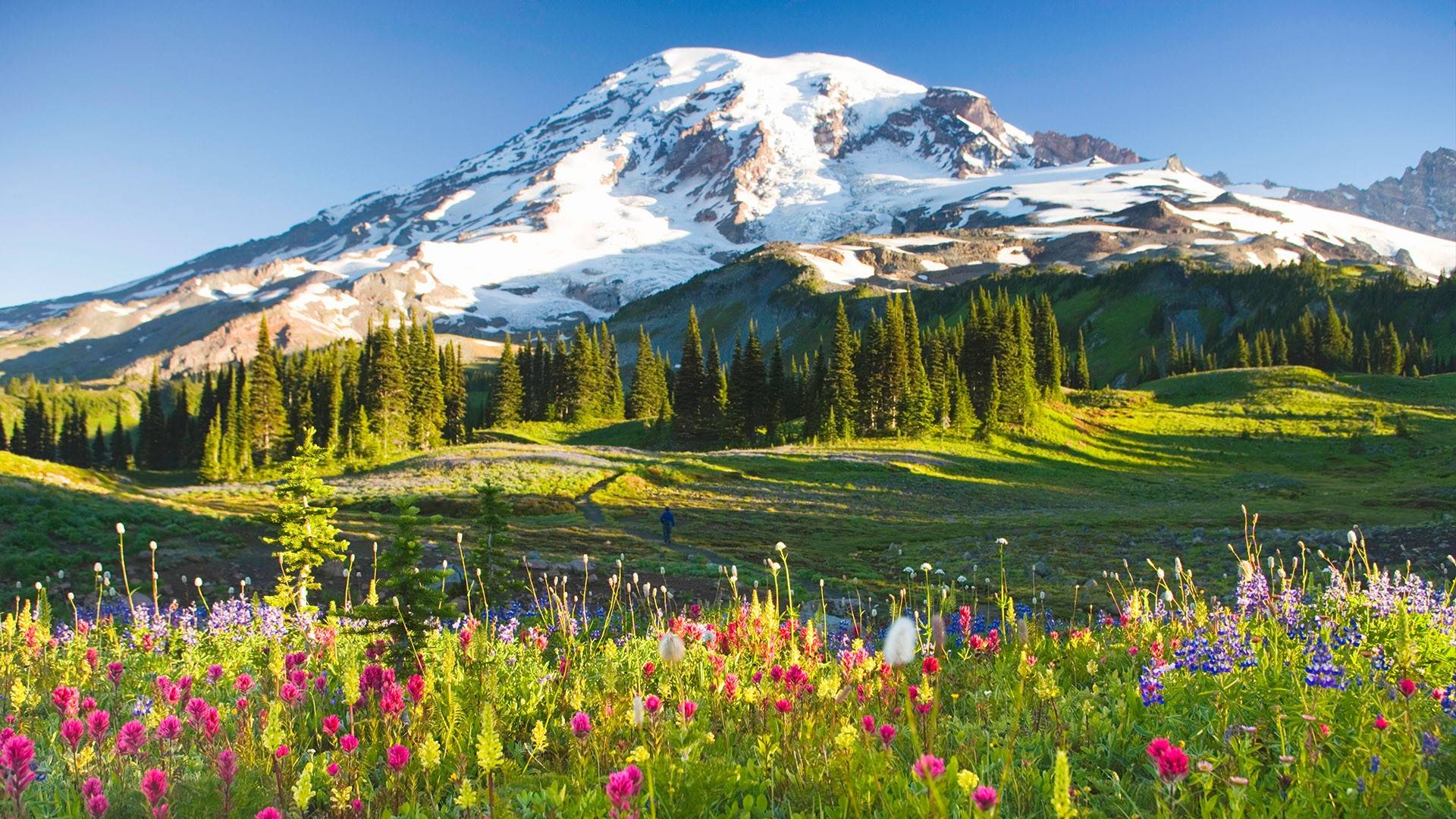 It should be possible to figure out the time of year. Some of the flowers are seeding, so I would put it as mid to late spring. You could research that, for the locale, as spring happens at different times in different places.

It's relatively easy to find the approximate location with Google Earth. The early morning shadows give an idea of what direction to be looking from, here from roughly south-east. 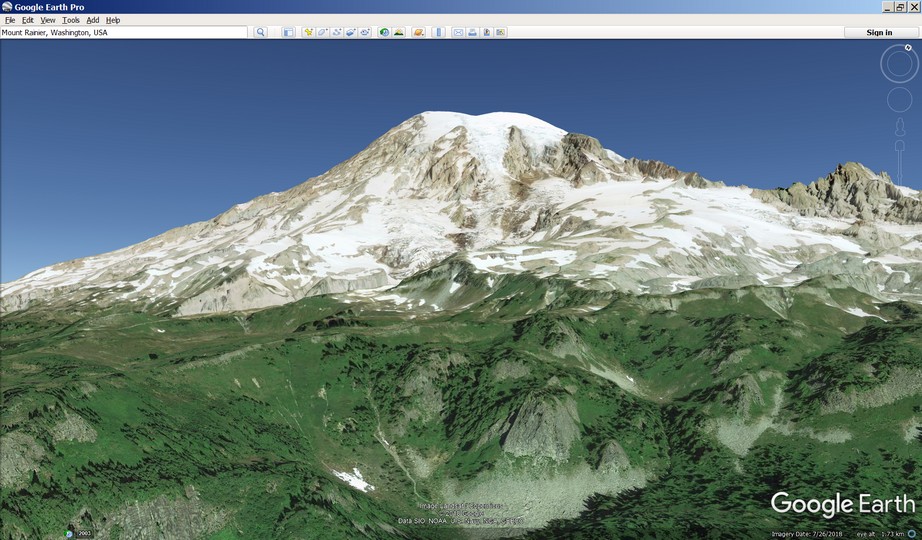 It's much harder to find the actual spot though. There are numerous valleys and ridges in the area. The photo has a ridge in the far middle ground (shadowed on the viewer's side, and a line of trees along its crest) running from the right of the picture to the centre. I can identify that ridge in the Google Earth image, but further away, so it looks as though the viewing place is somewhere between.

One can assume though, that it is not hard to access, as there is a trail to be seen with a hiker in the middle ground. There aren't many roads in that area, although there is one across the south of Mt Rainier through Longmire and Paradise. 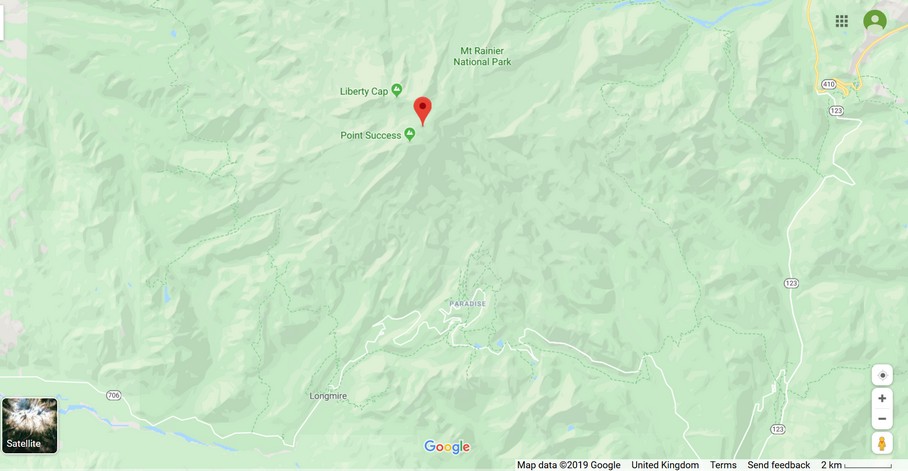 You might be delighted when you finally stand at that place, but be prepared for a disappointment too. Like advertising, photography can be "better than life." A dedicated photograher might spend days waiting for the perfect conditions for "that shot", or revisit the site numerous times.

If I were you, I would head for Paradise.

Not the answer you're looking for? Browse other questions tagged identify-this washington-state or ask your own question.

57
Is there a website listing the location of all the Windows 10 lock screens?

12
Where are these white and blue buildings near water and cliffs?
23
Where are these old Yugoslavian monuments?
11
What (and where) are these points of reflection I saw from a flight?
15
Where in Norway are these massive boulders?
1
Where are these buildings?
1
Where`s this in Monts-Valin National Park?
5
Shirakawa, Japan — Where's designated photo spot looking over village hovels and grass?
19
Where are these 3 white flagstaffs in front of a commemorative stone, river and valleys?