I live in Brussels, and would like to visit the exact place where the band Pink Floyd recorded this video for the song Paintbox. Atomium can be seen in the background and it seems quite close to the bridge they are standing on. However, the closest canal that I could find on Google Maps is already quite far and I don't think Atomium could be seen so big from up there. I also couldn't find the bridge they are standing on. Due to the recording quality I can't really tell if this bridge is above water or maybe only above a grass field? Perhaps it's only an elevated promenade somewhere? 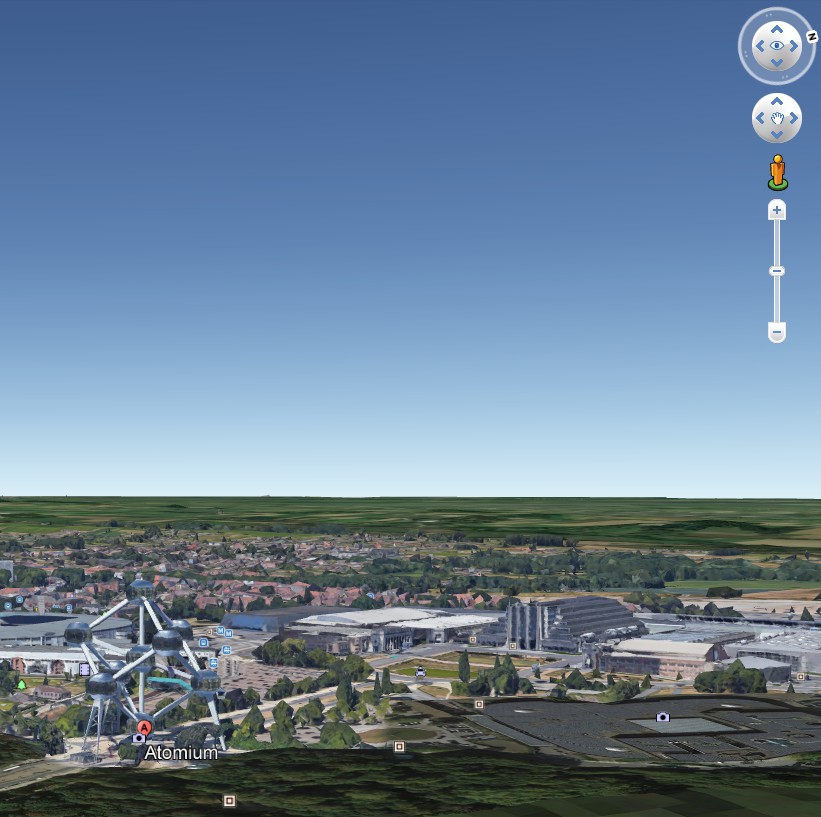 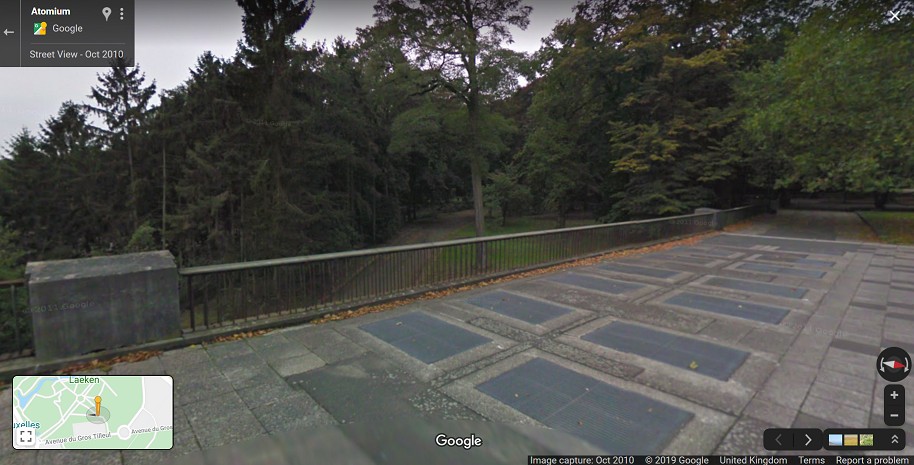 This is a really fascinating thread. For anyone keen to visit the exact location of the Pink Floyd video I advise you to visit the arrow marked here in this Google Maps screenshot.

The two red parallel lines show where that specatacular pedestrian bridge, giving views of the various international pavilions of Expo '58, would have stood. The vehicles we see in this video must be negotiating the roundabout half way down Avenue du Gros Tilleul. The point where I have started the two red lines at the top of the image can be visited on Google Maps now, marking where the only remaining part of the bridge - now simply reduced to an elevated terrace - can still be seen.

72
Where is the quietest place on Earth?
15
Where in Brussels is a Eurostar ticket valid to, and for how long?
6
Which place was this video shot in?
7
Where, with snow-capped mountains and an operational railway track, was the 'HSBC Pink Ladies' commercial filmed?
2
Where is this location from the "A 1000 Times" music video?
5
Where is this place? Windows 10 Wallpaper
4
Where was this music video with a dramatically lit bridge filmed?