Outside Narvik, Norway (at Gratangseidet north of Bjerkvik, at the border between Nordland and Troms) is a road sign indicating the distance to Kirkenes along the E6 as 1042 km: 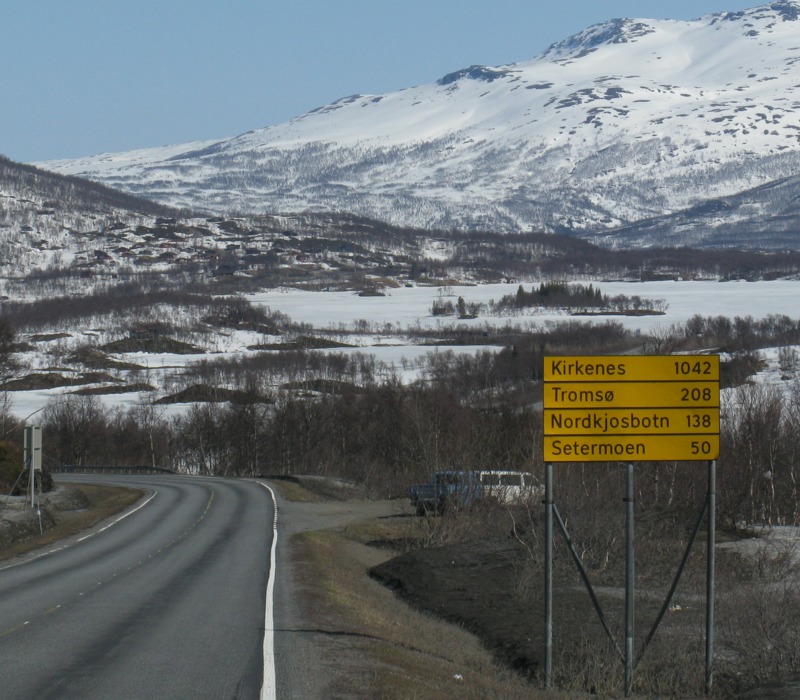 Outside Murmansk/Му́рманск, along the M18, there is a road sign indicating the distance to Saint Petersburg/Санкт-Петерб́ург as 1382 km (Google Streetview), and another one at 1434 km (presumably another route).

I recall having seen a photograph of a road sign in Siberia, indicating ~5000 km-ish to Moscow, but I cannot find it now. However, this panoramio photo pictures 3177 km to Magadan / Магада́н.

Just found this one @ https://web.archive.org/web/20141109133836/http://poleofcold.com/the-zimnik-road-a-photo-story/. Tried to find its location, to no avail unfortunately (the sign says it's 30 km east of Peledui (Пеледу́й), Sakha Oblast). Route 6 East, stands up as the longest I can find. Route 6 used to be the longest road in the US, until 1964 when it was truncated. However, distances ON the route don't change (cities don't move) and as such, this is still visible, in Bisop, California: 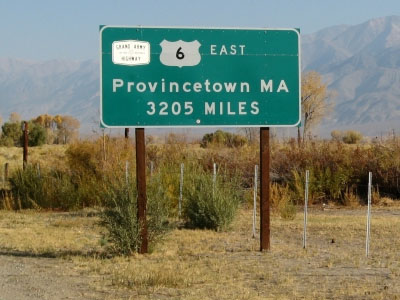 Then there's this in Brazil: 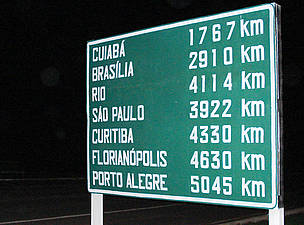 It's worth noting that while a sign outside Novosibirsk in Russia shows a large number (3146) it's in kilometres, so is less than the other ones mentioned.

The Argentinain Ruta 40 is 5080 kilometers long. It has signs on both ends, this one being the southern one: 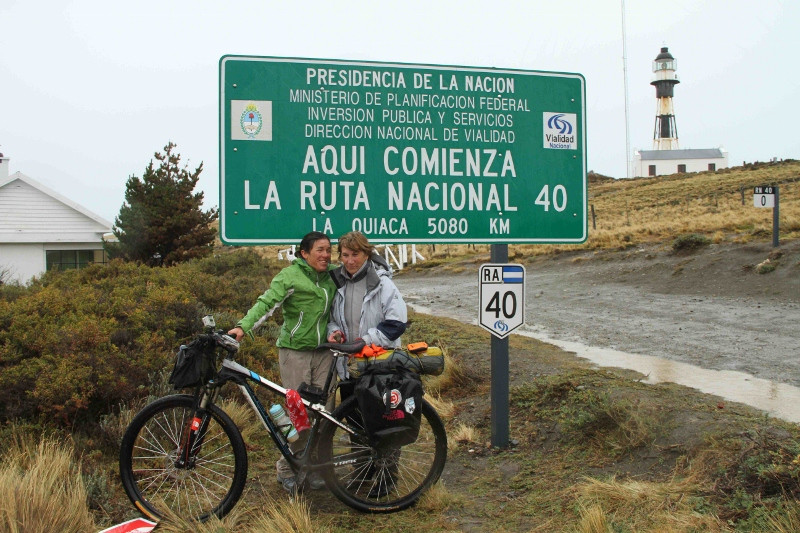 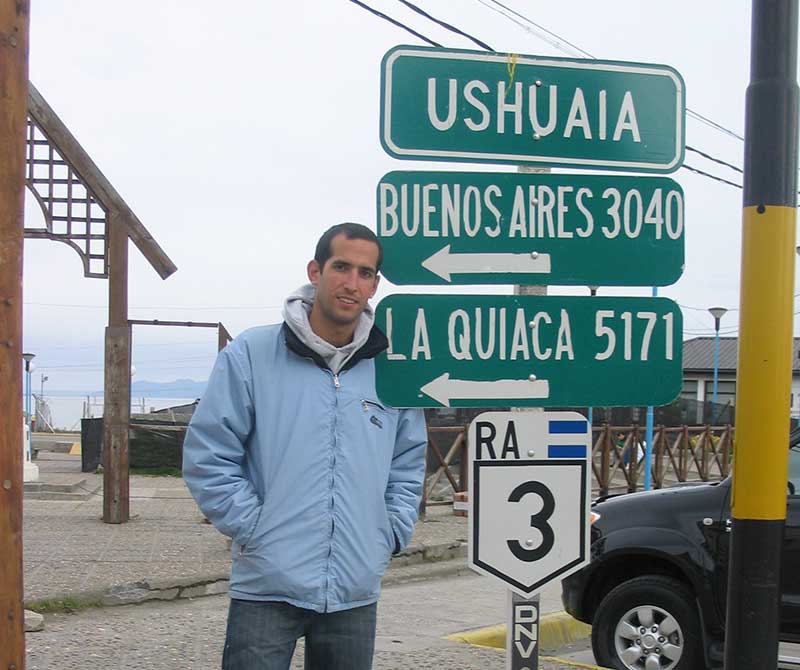 There is a sign to Wilmington, North Carolina, which is about 2550 miles.

There are signs in Russia for distance to Vladivostok which in some places indicates ~10k kilometres but I'm still looking for images.

Found a sign though not exactly matching the first two but also showing distances.

This one seems to the longest. 7708 Km to Vladivostok from somewhere in (presumably) Russia. 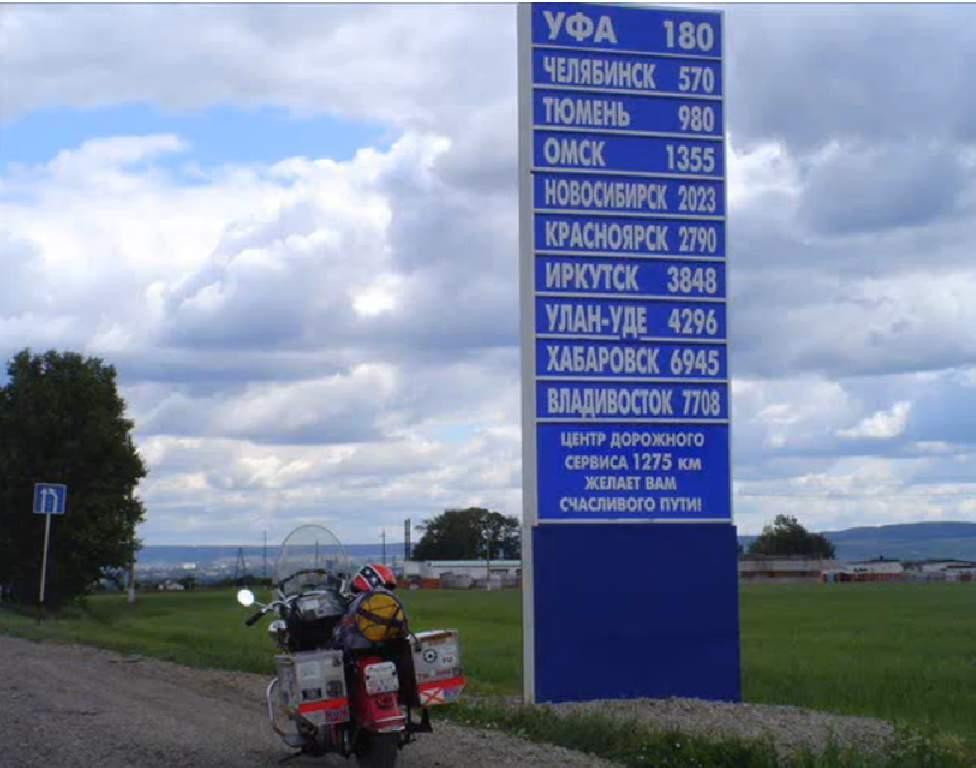 Learned after idly following some Travel SE links earlier today: the current longest road in the US is US highway 20, which runs from western Oregon (just a few blocks from the Pacific) to Boston (close-ish to the Atlantic). Here's a sign from the start of the route, reading "3,365 miles" (5,415 km): 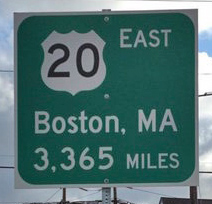 There's a matching sign at the other start of the route: 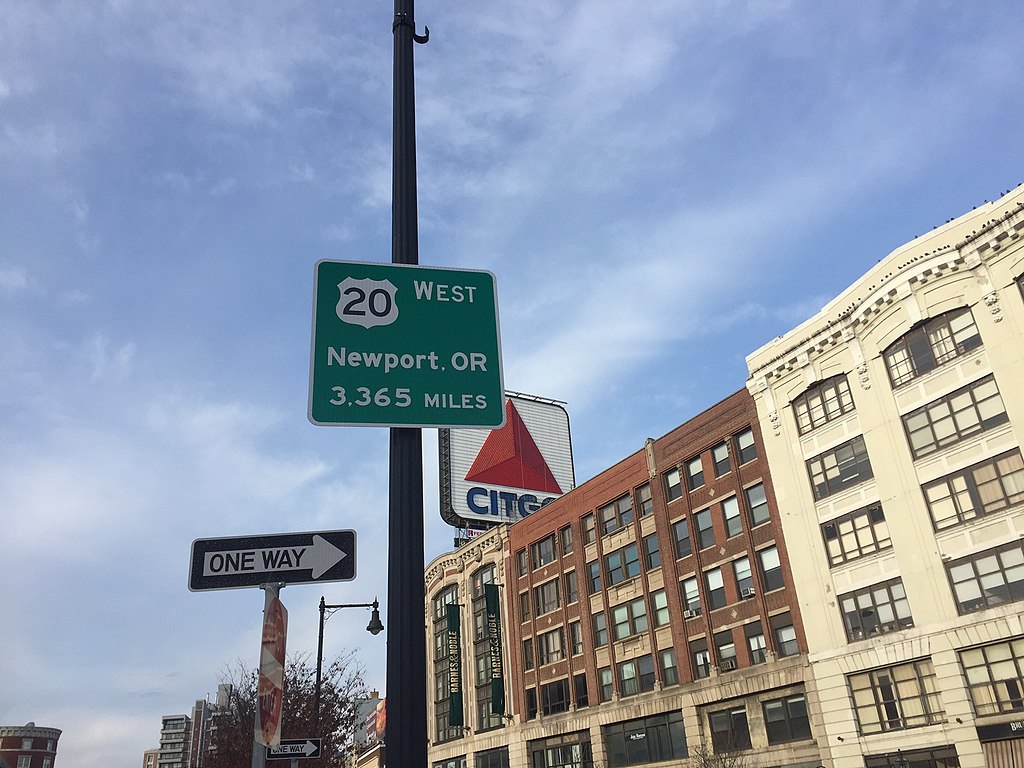 Both images taken from Wikipedia.

Honorary mention from Tashkent (Uzbekistan), indicating the direction to Karachi (Pakistan), Bandar Abbas (Iran), and Hamburg (Germany). Not a record holder because the distances are not indicated, but according to Openstreetmap, along the indicated routes, distances by road are:

This - barely - exceeds the 5976 km from Пеледу́й to Moscow, but alas — no distances are actually indicated on this sign, which is why I consider it an honorary mention and not a real answer to the question. But I think it should be mentioned here, because unlike the typical novelty signs showing the direction from a central European town to Australia or Alaska, the drive from Tashkent to Hamburg is actually possible, and probably the safest of all the routes indicated on the sign (as long as Astrakhan - Warsaw avoids Donbass/eastern Ukraine).

Not the answer you're looking for? Browse other questions tagged driving where-on-earth factoids long-haul or ask your own question.