Is the space in front of the first seat row in the middle of a cabin meant as a public passage?

I have recently been on an Air China trip with my family, I think on an A330 aircraft. We had a baby bassinet and thus were seated in the front row of a cabin, and got seats in the middle of the aircraft - like row 48 D/E/F/G in this seat map.

As usual, the bassinet was mounted to the wall in front of us, as were the poaches with magazines. Our tables and displays would fold out of our armrests.

To our annoyment, during the flight, we noticed a constant flow of fellow passengers who seemed to consider the space in front of our seats as a public passageway to travel between the starboard and port aisle - even when the bassinet was mounted and our tables and/or monitors were extended. (The unfolded table/monitor would extend forward far enough to be slightly underneath the bassinet. Visually, this arrangement unambiguously communicates to us "no way through here" and we perceived trying to squeeze through there as quite a bit rude, but plenty of other passengers seemed to think differently.)

At some point, we were fed up with the situation and started kindly telling people that this is not a public passage and they need to cross over somewhere else, which they all gladly complied with.

Cabin crew (some of whom were seated right next to us on the crew seats) did not intervene or comment in either situation, making me think they were okay either way as long as passengers could come to an agreement among themselves.

My question is about whether there is an "officially intended" guideline. Is the described space supposed to serve as a public passage when someone is seated there, or is it supposed to be more or less exclusive to the people actually seated on those four seats, or is it intentionally left open and subject to negotiation between passengers? 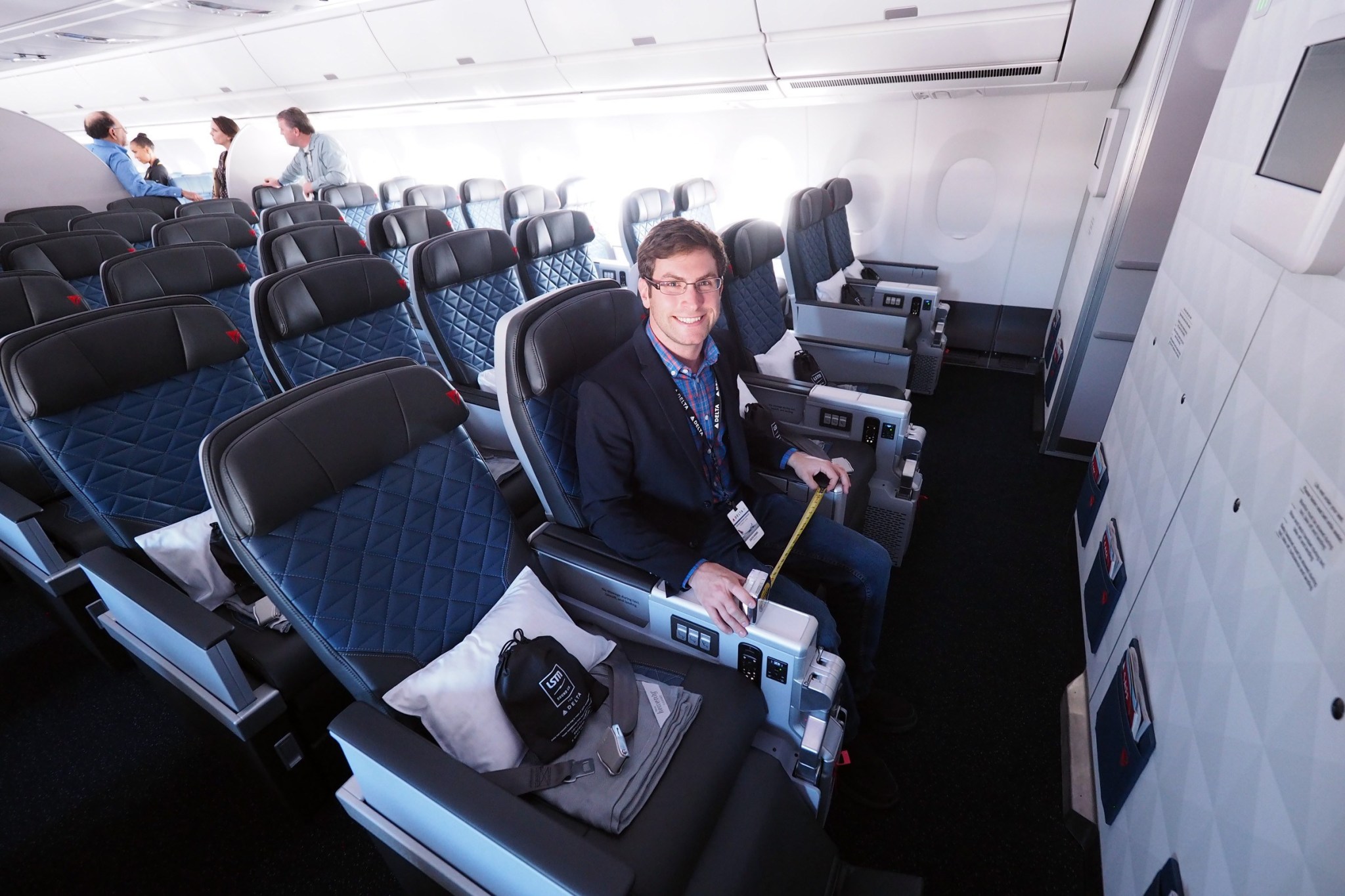 I can't find anything that describes this as a passageway. However I also can't find any rule that say someone can't walk through this space. I think if they were bothering you, then you did the right thing telling them as much.

However on a number of seating plans this space is marked clearly with a 'pram' symbol. Which does suggest that it is not intended to be used as a shortcut. I would think it would be unlikely they would allow prams to block a passage however as this could cause problems during an evacuation.

As others have noted it depends on the space involved. In many aircraft it is used as a cross passage if there is space beyond extended legs. In your circumstances where there was obviously a tight squeeze after the bassinet was mounted the logical solution was to advise flight stewards of your concern. You said cabin crew did not intervene. If you did not ask them to act they were probably either unaware or unconcerned. On my visit to China I found the locals have a very different concept of personal space; not surprising in a crowded population of 1.4 billion.

I have never heard or read an official announcement on the subject.

If you are in that situation in the future make your concern very clear to the cabin crew.

Not the answer you're looking for? Browse other questions tagged air-travel seating or ask your own question.

12
Is it a breach of South African Law or International regulations to not do a full safety briefing on a commercial flight?
36
Is sleeping on the floor in planes allowed, and if not, why not?
8
Why did the stewardess make me wait before disembarking?
36
Can an airline really refuse to depart when overbooked?
30
Why is it uncommon to fill airliners from both ends?
5
What would be the best section in the plane to reserve a seat if you want to maximize the chance of not sitting next to anyone?
6
What can be done with hand-luggage for which no cabin space is left?
4
Flight canceled due to shortage of crew caused by bad weather
41
Passengers with baby asked to move across the aisle