How should my fiancée and I, residing in different countries, apply for Schengen visas separately or together?

My fiancée and I, both Indian citizens, are planning to get married in December, followed by a honeymoon trip to a few places in Europe (Amsterdam, Helsinki, Paris). I reside and work in Japan (since about three years ago), while she resides and works in India. I have a monthly income of around ¥350000 (~€3000), and her monthly income is around INR 40000 (~€500). The trip will largely be paid for by me (flight and hotel bookings).

I understand that the usual advice here is for both of us to apply together. However, I won't be returning to India until just before the wedding, so it's not practical for me to apply in India (assuming I might have to personally go to an embassy or consulate).

How should we apply here? If we apply separately (in India and Japan respectively), should we provide a statement that we will be getting married, and provide both our financial documents with both applications?

I applied to the Dutch embassy in Tokyo, using only my own financial documents. I stated in the cover letter (twice, both at the start and at the end) that I'll be supporting both of us during the trip. However, the official who collected the application and documents did not ask me anything about that (I was congratulated about the wedding, so I think they did note it). The only questions were:

The visa was approved in one week. Now we will proceed with my fiancée's application.

Final update: my fiancée's visa application was denied a couple of weeks ago. The reasons included: 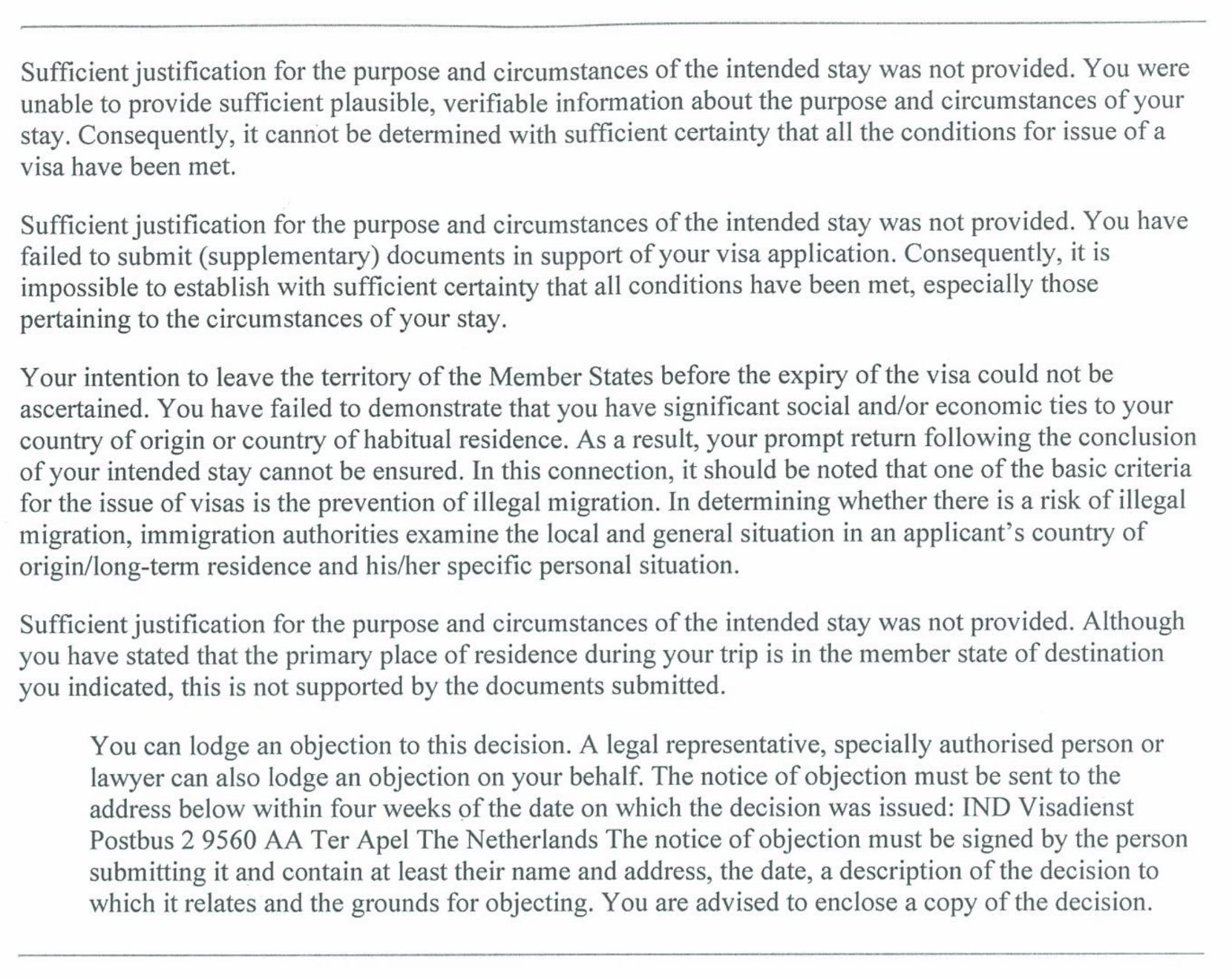 I think the refusal might be due to the following reasons:

The denial came a week after she had applied. At this stage, we aren't going to appeal - the communication address is in Netherlands and not our local consulate, so the time taken in international mail communication alone would mean the process and any back-and-forth could take more time than we have.

You should apply separately in your respective places of residence. As @phoog comments, if you apply in India there’s a good chance that the application will be rejected with instructions to apply in Japan, because applicants are generally required to apply in their place of residence.

Since you are the primary applicant, and your girlfriend’s application is dependent on yours, you should apply first and your girlfriend afterwards once you have received your visa. You will need to provide her with your financial documents to be submitted alongside her own but there’s no need for her to do the same for your application.

Not the answer you're looking for? Browse other questions tagged indian-citizens schengen-visas tourist-visas or ask your own question.

1
Spouse with Danish residence permit's proofs necessary to apply my tourist Schengen Visa?
5
Schengen visa documents for inviting unemployed family member
4
How can my girlfriend maximise her chances of getting into the UK on a tourist visa?
1
Aus and NZ tourist visa for Indian Passport holder residing in Germany