My flight will be landing at 7PM (Paris time) at CDG. So I think I would probably be reaching my hotel around 10:30 PM. Can anyone tell me how long does it take in Immigration Control? I will also be coming to Airport Terminal 2C. Can anyone please tell me how do I take the RER b train to Central Paris from that terminal?

As you can see Terminal 2C is directly connected to the RER Station. "Just follow the signs". It's a bit tricky to find the station first time and even trickier to get the right ticket from the machines, but there is staff there that can help you. Expect 13 € for the train ticket. Get some one-time tickets for the metro while you're at it - you'll need them. 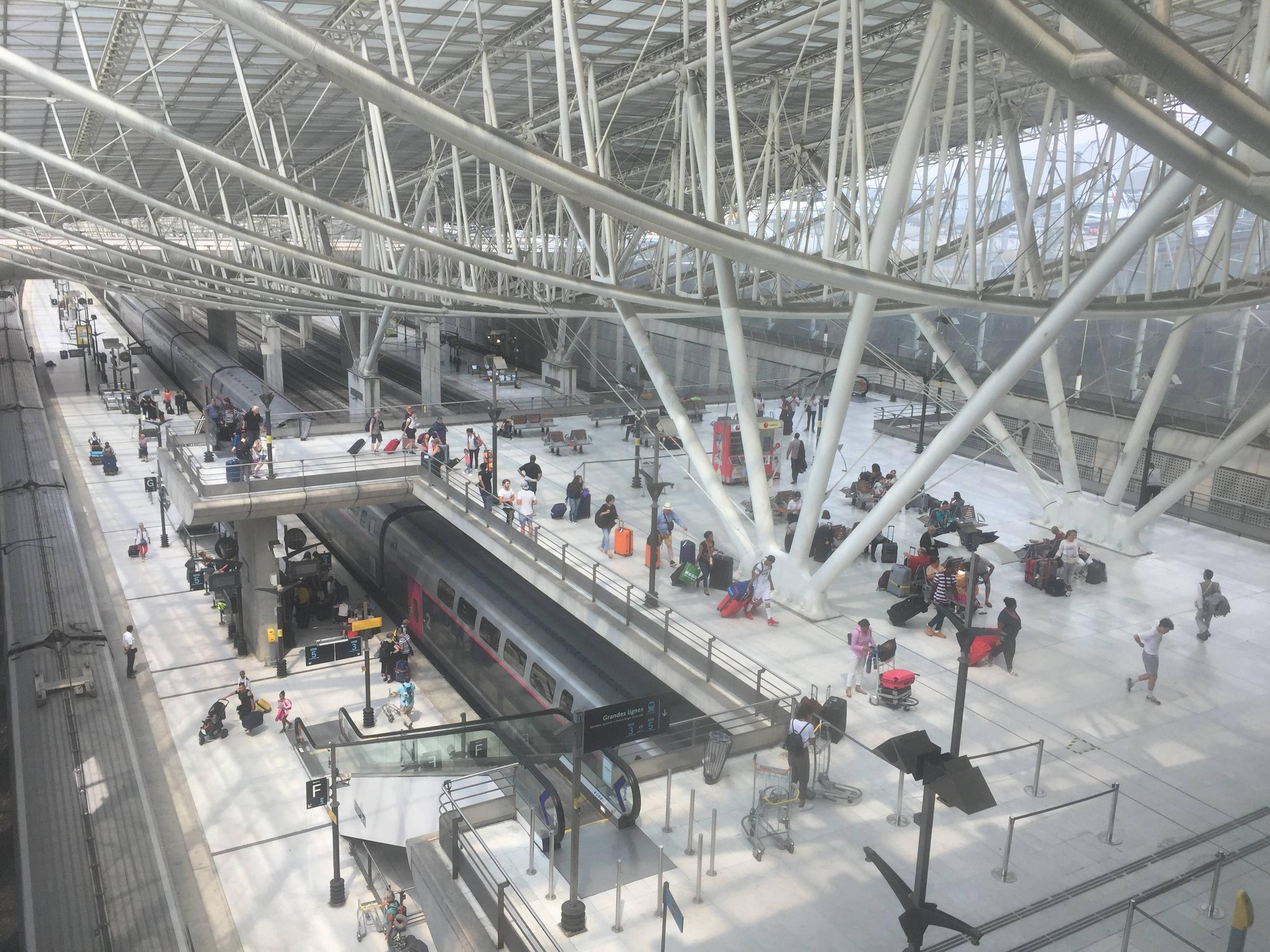 The time at immigrations could be anything from 10 seconds to 2 hours. I haven't passed it there.

There are multiple stores there that will sell you a SIM Card - don't get scammed by them, some are super expensive.

I suggest using Google Maps for finding directions in Paris, it works really well with RER, metro and everything. Also, the kickscooters are very fun and the fastest way to get anywhere - just drive safe.

How long it takes at immigration varies a lot depending on your citizenship, your type of visa, whether you have status (elite frequent flyers and premium passengers often have access to fast track, depending on the airline), how busy it is, and so on. It is quite difficult to predict (unless you are an EU national with a e-passport and fast track, in which case it's usually a few minutes). I would probably budget up to 2 hours, though it may be much faster.

Charles de Gaulle has 2 RER stations, one of which is in the train station which sits right between terminals A, B, C and D on one side and terminals E and F on the other.

From Terminal 2C, once you have gone through passport control, reclaimed your bags, and gone through customs, turn right, and walk 300 meters, and there you are, the train station!

Take the first escalators on your left down two levels (follow the signs for "trains to Paris" / RER B), on your right you will find ticket windows and ticket machines. Make sure you are using the windows/machines for local trains and not for long distance. Buy a ticket, go through the ticket gates, and go down one more level to the platform (again, follow signs for "trains to Paris" / RER B).

All RER B trains go to Paris (and then on to various destinations south of Paris), though some are non-stop until Gare du Nord, while others will stop in stations along the way, it's usually better to take the non-stop (you'll have more space for luggage).

This webpage contains the following current details about taking the RER B from CDG to central Paris:

Not the answer you're looking for? Browse other questions tagged customs-and-immigration airport-transfer paris cdg or ask your own question.

2
How to get from Aeroport CDG 1 RER B stop to Terminal 1 arrivals
6
Long (3-hour) layover in Paris CDG connecting with a TGV train, where should I wait?
4
Need to catch an early morning taxi from central Paris to CDG airport!
8
How is the passport control situation in Paris CDG Airport?
2
Travelling from Paris Montparnasse to CDG airport
10
Paris CDG Connection Time Terminal 1 to TGV
2
Tight international transfer at CDG from 2E to 2D, what is the best option?
8
Gare de Lyon to CDG on November 3-4, 2018
4
Is it possible to buy a train ticket CDG airport to Paris truly online?