Do I need to have an electrical converter when traveling to Sao Paulo/Brazil?

I am traveling from USA to São Paulo. Will it be possible to use cell phone charger, razor, etc without some sort of electrical converter and/or outlet adapter?

the outlets don't vary between regions in the country, but a new standard has been "invented" pissing everybody off because it's unique to Brazil, not seen in any other country...very clever!

So if you go to a newer property or if it's been recently renovated, you see a deep outlet that looks like this:

Photo thanks to Wikipedia and Wikimedia Commons.

If you have this standard, there's no other choice but to buy a local adaptor.

If it's an old one, you'll have both the flat US plug and the round european style ones in the same outlet, which means you'll be able to use your appliances without a problem.

Short answer: most likely you'll be able to use your devices in most places, but, just in case, bring a simple US-Europe power adapter like this: 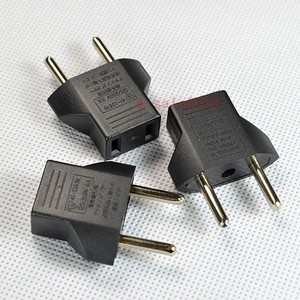 Long answer: Brazil had always used both US and European power plug standards, but since 2011 ISO 60906-1 is the only acceptable one, i.e. now it's not allowed to sell the old plugs/sockets in stores. So you still see a lot of sockets from the older standard but new buildings use only the new one.

The only big issues with the new standard are the third (ground) pin, which is positioned differently than other common standards, and the plugs of devices rated higher than 20 A, which use a 4.8-mm pin diameter (and therefore don't fit in the normal socket). Devices like chargers and razors won't be affected if they use the adapter from the picture above.

Also keep in mind that the mains frequency is always 60 Hz, while the voltage can be either 127 V or 220 V, depending on the city and state. Be careful: in cities where the voltage is 127 V people sometimes take 2 phases from the mains to make one 220 V outlet, but in that case there's usually a very clear warning stuck on the wall.

Brazil has a new outlet standard which is the IEC 60906-1. You can easily buy the adapter in Brazil and you can still find some outlets like the ones in USA, specially at old places. The voltage at São Paulo is 127 V and the frequency is 60 Hz.

I've needed this adaptor in Sao Paulo, for:

The outlets were 220V but the outlet pins were too thin for the schuko plug. You can find the adaptor around in "materiais de construção" shops. 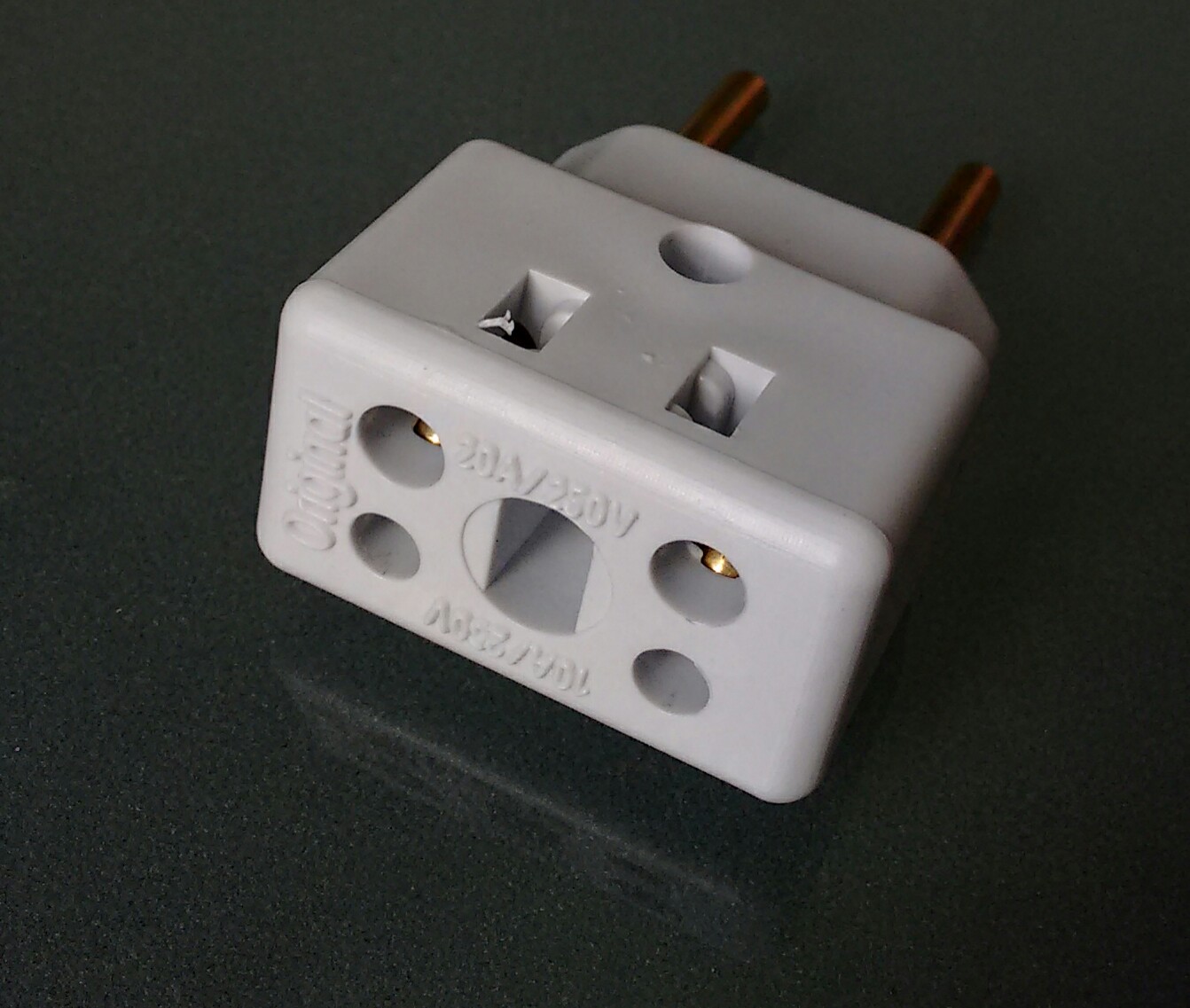 Not the answer you're looking for? Browse other questions tagged power brazil or ask your own question.

4
What type of power outlets should I expect in hotels in Sao Paulo and Rio de Janeiro?

4
What US electronic appliances will work on 220V/240V?
1
Local sightseeing in Sao Paulo on a budget - in a day, solo traveler - is it doable?
5
Traveling to Seoul, phone questions
6
How do I know when to use an adapter or a transformer? (Israel)
10
Power converter that worked in Barcelona doesn't work in Rome - how to recover?
8
Powering devices in Iceland from USA?
28
Issues powering a US laptop in Europe, via an adapter
0
Can I charge my Samsung Gear S2 watch in UK?
2
Why does my laptop charger not work with this adapter?
4
Power Adapter for Traveling to Scotland (I live in the US)