Can I import homebrewed alcohol to Norway?

In Norway, as far as I know, the sale of all alcohol is nationalized. I'm going to visit my friend there, and his parents want to send him a bottle (He is from Slovakia, same as myself). Is it legal to bring home-brewed alcohol with me to Norway?

The import laws cited on the the page of Norway's Toll Office do not distinguish between the manner the alcohol has been created (because that would likely be rather difficult); only by the strength. You're allowed for free (see the link for how much you have to pay if you need to import larger quantities):

The same information in pictures: 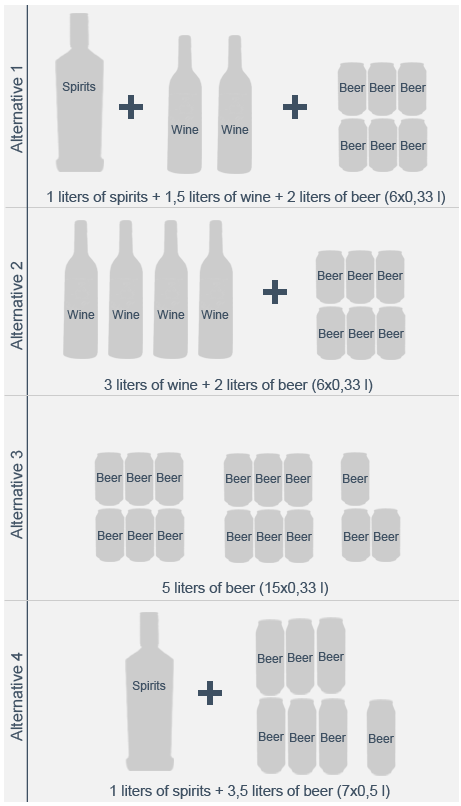 Not the answer you're looking for? Browse other questions tagged legal customs-and-immigration alcohol norway or ask your own question.

14
Will bringing your own bottle of wine to a restaurant in France cause bad service?
16
What happens when you exceed the import limits of alcohol in Norway?
22
Crossing a border several times to increase duty free allowance
15
Bringing a medicine containing Cannabis Sativa from India to the Netherlands
1
Can I bring alcohol purchased at a duty-free store back into the country after a short trip?
3
A complete set of driving rules in Norway
2
Can I visit the US?
21
Can people smoke on their balconies in Norway?
3
Schengen Business Visa Rejected from Norway Embassy
37
Texas gun laws - can an overseas visitor buy ammunition?