Unexpected route on a flight from USA to Europe

I fly often between London and east coast USA (usually New York or Boston) - and every single time up until now the flight would go along the great circle route.

I flew yesterday from Boston to London - and to my mild surprise the flight path went a lot further south - almost along the parallel. I can't get the full flight radar replay (I guess you need a paid membership for that), but here is a picture I took of the inflight progress display a couple of hours into the flight. 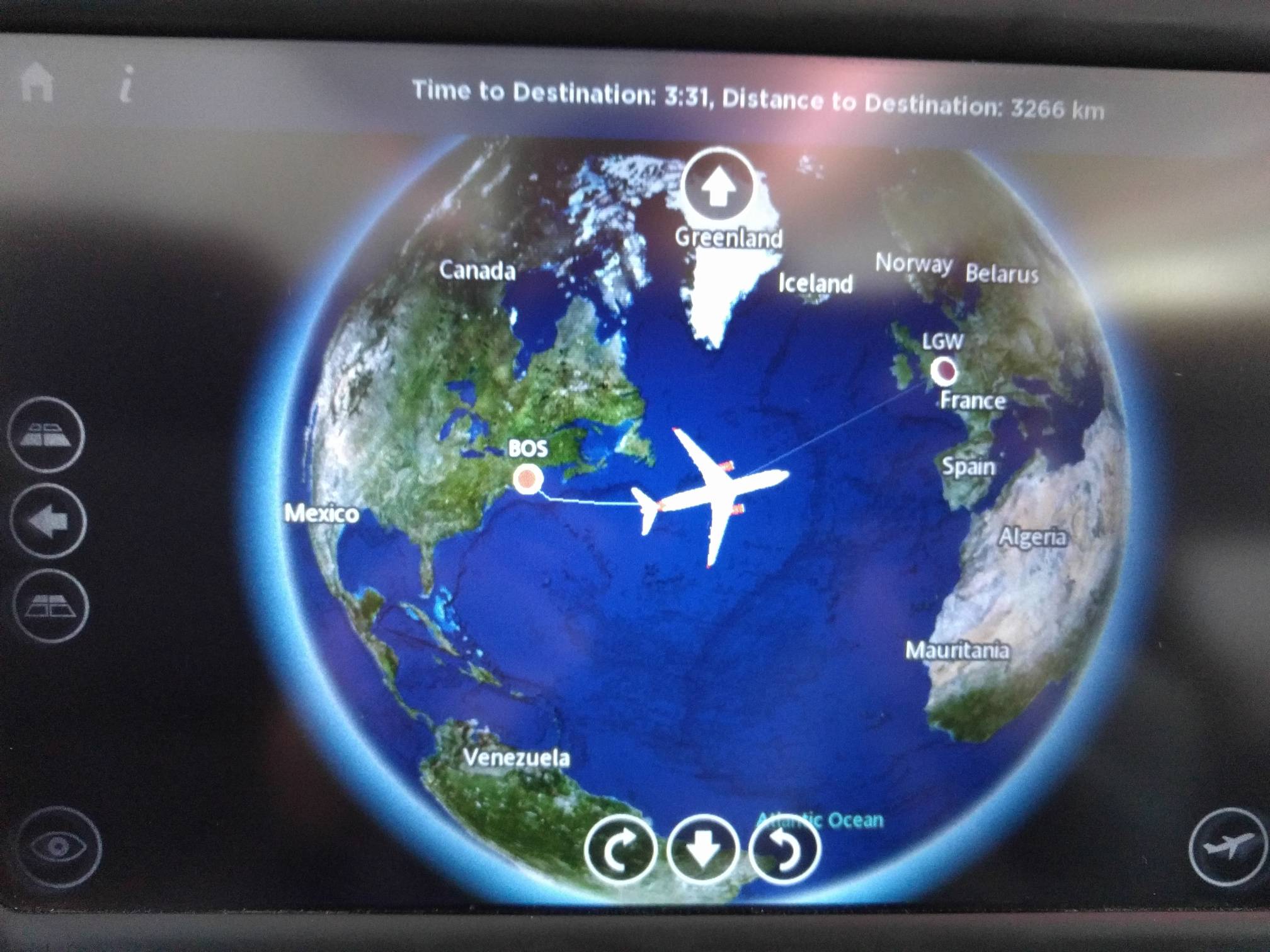 This was flight VS158 (actually renamed to VS1158 due to change of destination airport).

Why would such an unusual path be chosen? I understand that it's unlikely we'd know the exact reasoning for this particular flight, so I'm wondering how and why decisions to route this way are made.

The specific answer concerning your flight is that yesterday there were abnormally fast westerly winds over the mid-north-Atlantic, which many eastbound flights took advantage of.

You can still see them, as of the time of this edit, here:

(shown are winds at a pressure altitude of 12000m, approximately the cruising altitude of a plane)

In short, your flight followed what is known as a "North Atlantic Track".

These are paths in the air above the North Atlantic which are used by air traffic control to effectively manage aircraft separation in the North Atlantic (where there are lots of planes and little radar coverage). Planes' entry into these tracks is managed for safety reasons and individualised flight plans are avoided.

The specifics of where these tracks are is determined by factors such as winds/jet-stream among many other considerations. There are also multiple tracks in operation at a time, meaning that a BOS-LHR flight will likely be on a different one than ATL-MAD (for example).

The Wikipedia article on this is pretty good!

I've seen this happen many times when flying from China to America. The thing is, airplanes don't actually care how far away the destination is, but rather they care about the flying time. When you are flying against the wind (as you generally are when heading west in the northern hemisphere) your best bet is the shortest route, hence flights heading west take the great circle route unless there is a political reason to do otherwise. (I've seen plenty of small zigs to avoid entering airspace and I've once seen a zig of hundreds of miles when they didn't want to fly anywhere near North Korea.)

However, when heading with the wind you can often find it is more advantageous to take the path with the most wind than to take the shortest path. I've seen a 200 mph tailwind.

Not the answer you're looking for? Browse other questions tagged air-travel great-circle-route or ask your own question.

9
Flight/Train combo from Europe to Toronto/Vancouver
5
Route from AKL to YVR?
3
Reliable, Free Flight Alert Website allowing multiple route combinations
5
Shortest wide-body route from Frankfurt
6
Shortest A380 route from Frankfurt
60
What commercial flight route requires the most (minimum possible) stops/layovers from A to B?