Where is this photo of a group of hikers taken? Is it really in the Ural?

With this story on tutu.ru on the Kvarkush plateau in the Ural comes this photo with the filename ural-4.jpg:

It doesn't look like the Ural to me — on other photos of the Kvarkush plateau the landscape look much more rounded than on this photo. A search on tineye reveals the same and a similar photo on shutterstock. Those photos look more like the Caucasus, Altai, or the Rocky Mountains than like the Ural. Where is this photo taken?

I dug around in the photos posted by that same photographer on Shutterstock, and found this landscape image. The peak in the landscape appears to be the same peak as in the photo of the hikers. In the images below, I've circled five of the features that I'm basing this on. 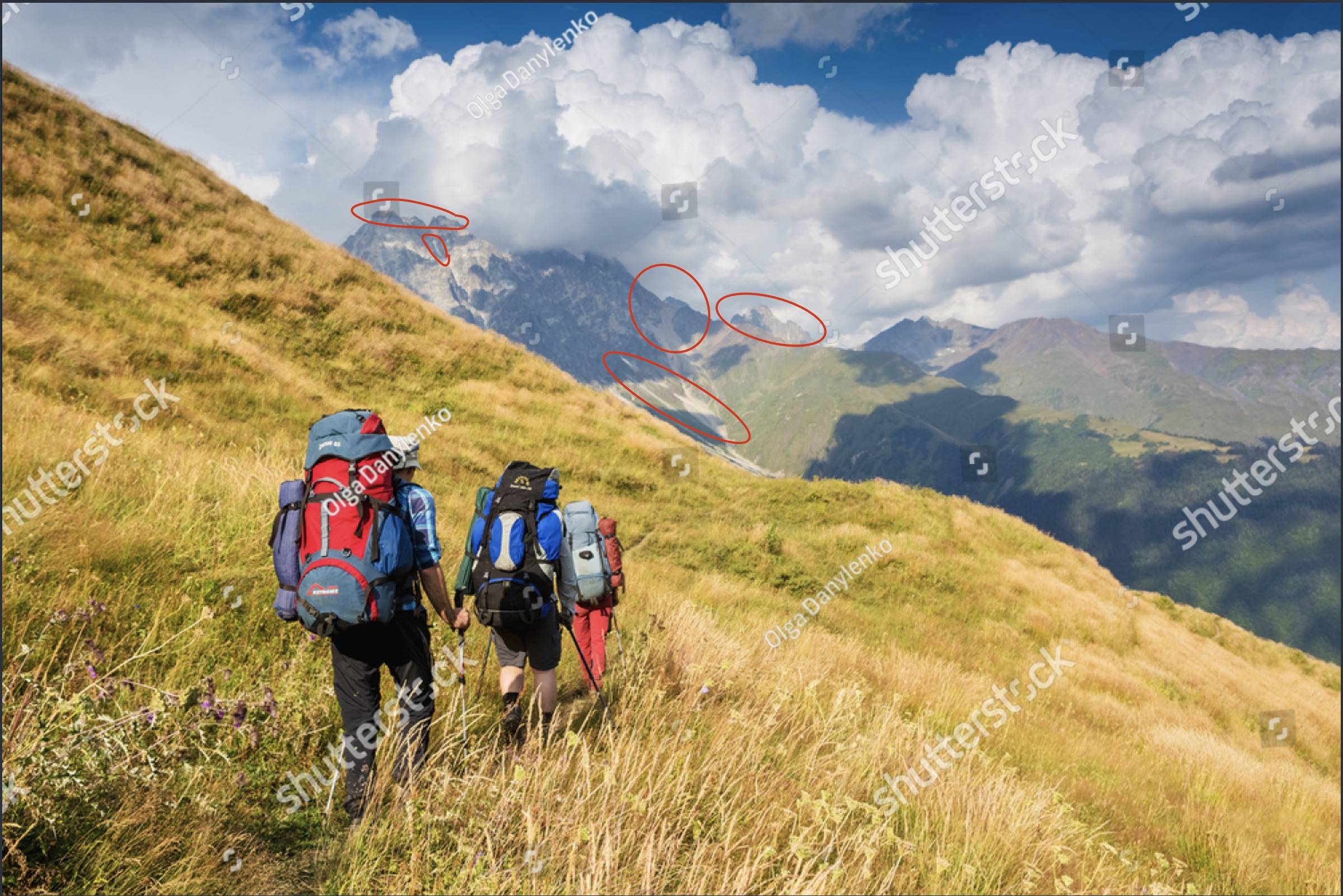 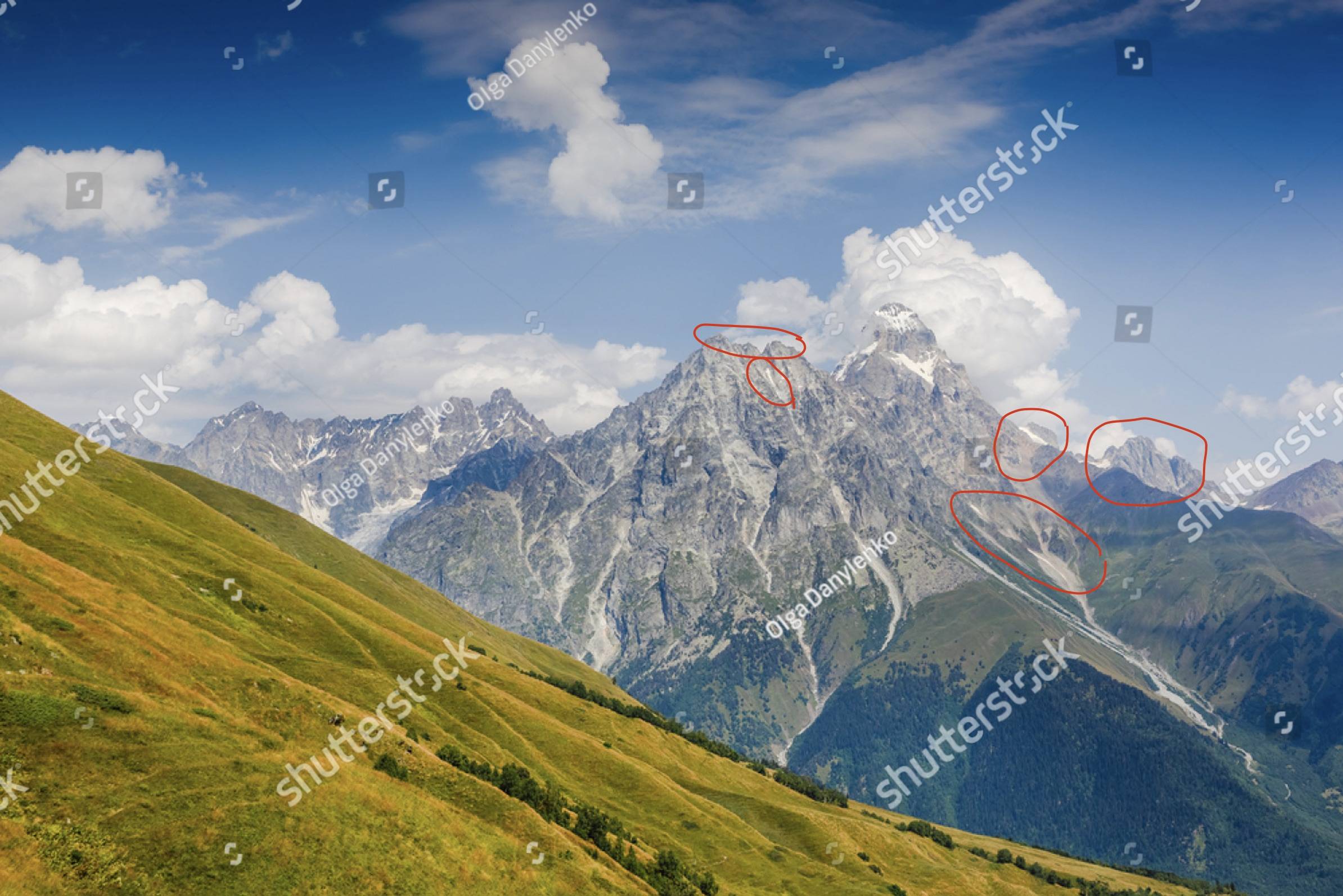 This photo illustrates a chapter on how to get ready for a hike, in which we talk about equipment, backpacks and clothing. All photos represent a visual style of the article, and not a frame-by-frame review of the Ural mountains. Thank you very much for your keen interest!