I'm from the USA, where we drive on the right side of the street. When walking, I always felt like heavily trafficked areas manage themselves by imitating the automotive traffic (usually). Pedestrians approaching each other on the foot path avoid collision, typically, by veering right.

I haven't spent much time walking in left-lane oriented countries, but I've found myself in Melbourne Australia this week, mostly walking to get around. I feel like the other pedestrians want to veer left, not right. Is this typical, or is it just me? Do pedestrians imitate the order given to their automotive traffic? Do Australians veer left?

In Australia, people are encouraged to keep to the left in busy pedestrian areas. For example, here is a sign posted in a railway station in Sydney: 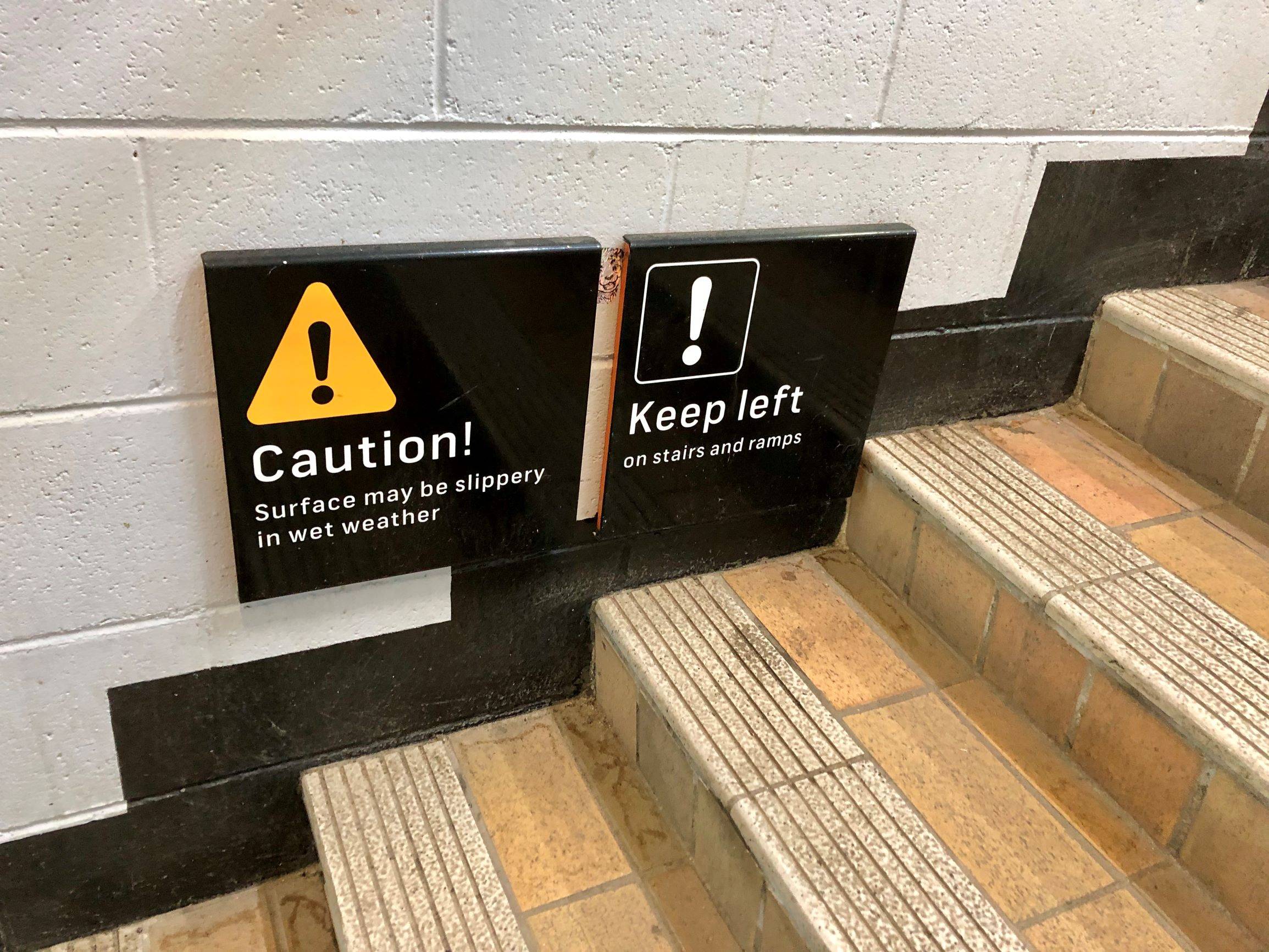 In addition, doors, walkways and other structures are placed assuming pedestrians keep to the left. For example, you may notice that in Australia ticket gates, one-way doors and escalators are placed so that they are accessible from the left, and revolving doors rotate clockwise so you would enter and exit on the left.

This actually serves a practical purpose, and relates to something else: walking on a road that does not have an adjacent pavement/footpath, you are instructed to face incoming traffic. That is to say, in countries where you drive on the left of the road, you walk on the right of the road.

This means that you can see the vehicles that you (might) need to avoid or wave at to get the attention of, instead of being unexpectedly hit from behind by an inattentive driver.

By pedestrians passing on the same side as cars do, it means that the pedestrian who is now closer to the traffic is also facing the oncoming traffic - for exactly the same reasons given above.

If you ask a bunch of people this question, you'll usually get one of two answers:

What you don't generally want to do is veer to the right, where people who are expecting (1) above will do a little "I'm really trying not to walk straight into you" dance.

(Just like in the USA, where if you veer to the left then you run the risk of walking into people who insist on veering to their right. Again, for people who don't think it matters then there won't be a problem either way.)

Yes, except on escalators (at least in England).

In England, on escalators on train stations and underground stations, "traffic" is actually continental. I was surprised to see signs that instruct people to stand to the right, pass to the left, exactly as one would do in France or Germany, and exactly opposite to wheeled traffic, which of course would pass to the right exclusively. I don't know if this convention applies when not signposted; there tend to be many signs in English train stations (including for such wisdoms as "don't take a suitcase on the escalator", "drink plenty of water", and "if you see something, contact the police")

When someone from a country that always passes on the same side visits somewhere with no such standard, they tend to bump into people.

I can tell you that, as a transplant to Melbourne, I wish people kept to the left. In practise, in this particular city, they seem to wander wherever they please, oblivious to everyone else on the footpath.

Not the answer you're looking for? Browse other questions tagged driving australia walking or ask your own question.

60
When walking on the road, is it safer to walk in the same or opposite direction as the traffic?