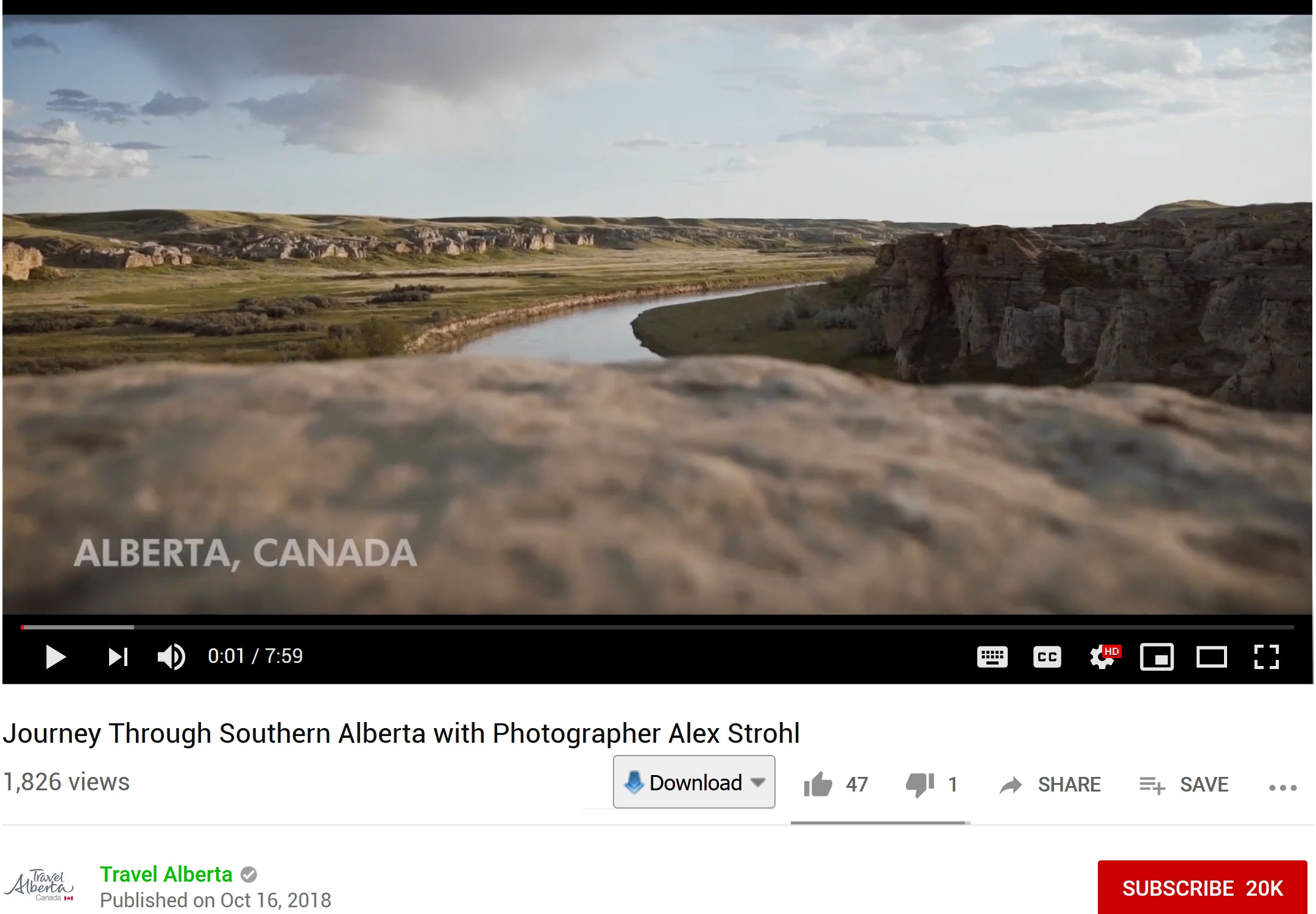 This doesn't look like Waterton. Thus where is this at Writing-on-Stone?

The same view (not the same image, but taken from the same location) is displayed in the Wikipedia article on Writing-on-Stone Provincial Park. That suggested the picture might have been taken from an easily accessible viewpoint.

Using Google Maps, I navigated to the central area of the Park, which is developed with some roads and basic visitor facilities. Google Street View wasn't available for the roadways, but some not-on-the-road photos were shown as available; they're marked in blue. The blue-lined track's shape looked like someone had taken the images while walking up a ridgeline. The pointed end of the track's little loop looked like a viewpoint.

Here's a screenshot of Google Maps, with the blue line showing, and the likely location of the photographer marked. Go to this place on Google Maps, and click on the little orange figure button at the right-hand lower corner of the Google Maps window; the blue line track and other photo locations will appear. Then click on the place I've indicated, and you'll be taken to that point. There's a 360 degree view; turn so you're looking east, and you can see the same view as shown in the questioned picture. 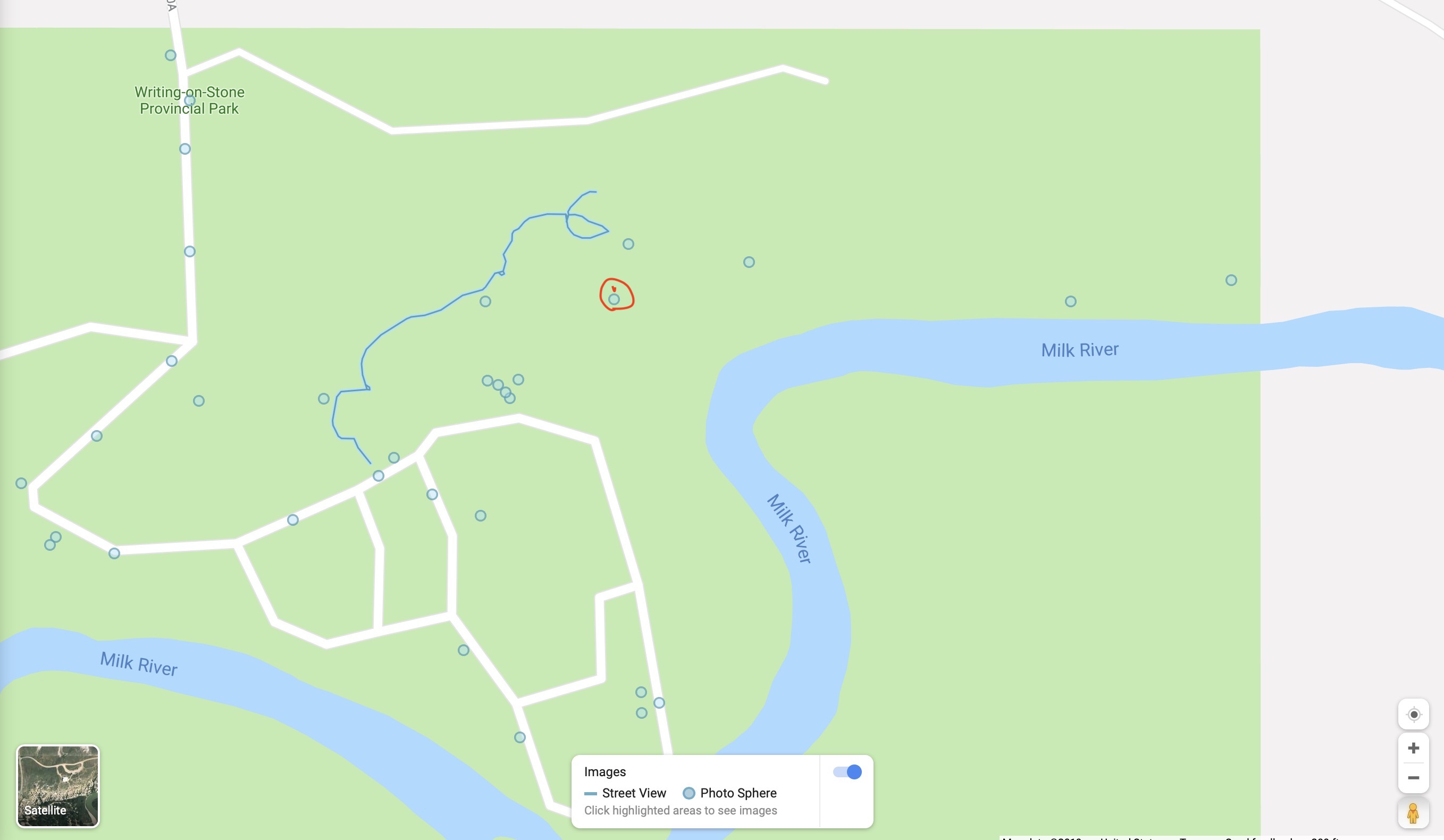 0
Where's this landscape with a stream and rocks in Canada, from TourRadar's Canada Video?