Was I wrongfully denied boarding for having a Schengen visa issued from the second country on my itinerary?

I have a c-type single entry Schengen visa issued from Spain. And this is my first time Schengen visa. I wanted to go to Rome first for 3 days and then to Spain for 4 days and then back to my country from Spain. I had all the internal flight ticket from Rome to Barcelona and the hotel's non-refundable reservation and also the international return ticket from Barcelona. All that and I was denied boarding assuming that my first entry should be Spain. Is that something legal?

I was at Cairo international airport and I was denied boarding at the check-in desk of Royal Jordanian. My complete itinerary is as following: on 15/6 Cairo to Amman then Amman to Rome then on 18/6 Rome to Barcelona then on 22/6 Barcelona to Cairo. 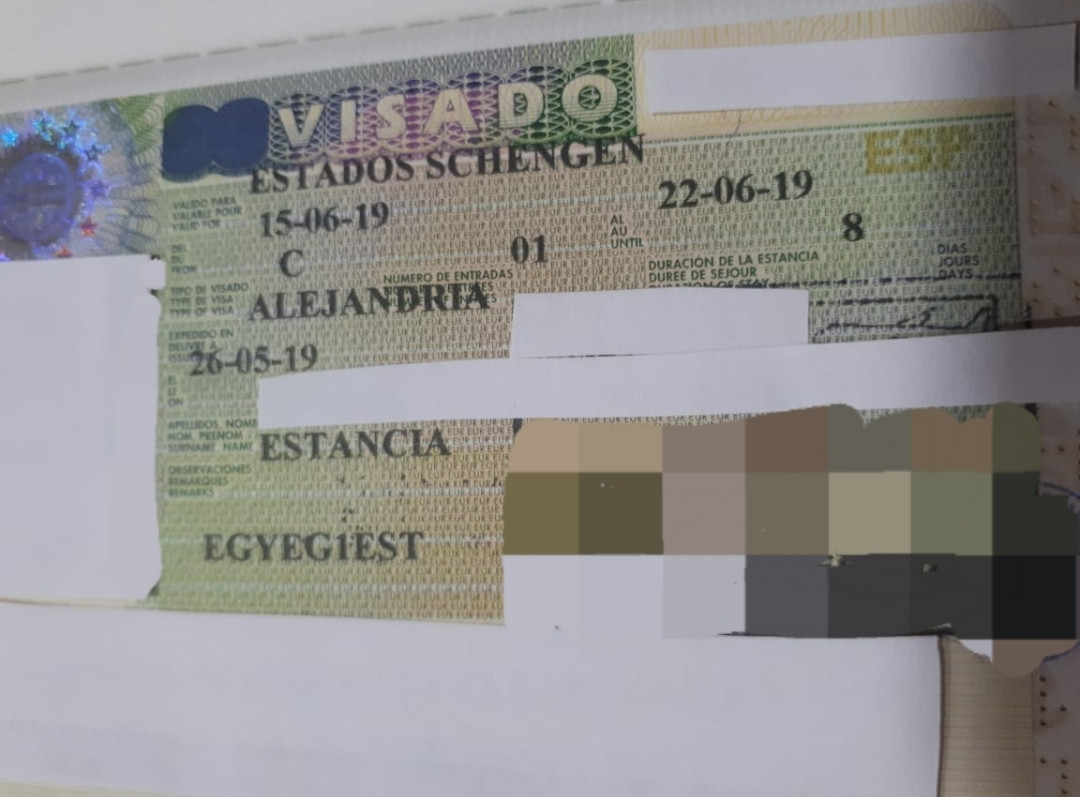 As you describe it, the itinerary you were following was perfectly consistent with your visa. There is no requirement at all the the first entry should be to the member country that issued your Schengen visa.

If the airline refused to transport you for this reason, then they were definitely mistaken.

This assumes that Jordan does not have problems with a transiting passenger continuing towards a different Schengen state than the one that issues his visa. Even though Spain and Italy don't have a problem with that, Jordan is free to set any kind of strange rules of their own. (And some of the rules listed in the Wikipedia article sound pretty strange already -- e.g., EU citizens can enter with ID cards rather than passports, but only if they arrive on a direct flight from Brussels specifically???)

I don't know much about Egyptian law, but in those systems I'm familiar with, your goal here is to put Royal Jordanian in a position where the burden of proof is on them to show that your visa was not sufficient. This shouldn't be too hard to do, because you had a visa that said literally on its face that it was valid for all Schengen States. So you should submit a claim based on that evidence and ask them to show you the source of the purported requirement to hold a visa from the port of entry.

A relevant quote from the Schengen Visa Code, from Article 2(2):

‘visa’ means an authorisation issued by a Member State with a view to [...] an intended stay on the territory of the Member States of a duration of no more than 90 days in any 180-day period;

There is no mention of restrictions based on the issuing state.

A relevant quote from the Schengen Borders Code, from Article 6(1), which lays down the entry conditions for short-term visitors, and in particular 6(1)(b):

1. For intended stays on the territory of the Member States of a duration of no more than 90 days in any 180-day period, which entails considering the 180-day period preceding each day of stay, the entry conditions for third-country nationals shall be the following:

(b) they are in possession of a valid visa, if required pursuant to Council Regulation (EC) No 539/2001, except where they hold a valid residence permit or a valid long-stay visa;

Again, there is no requirement that the visa be issued by the country whose territory is being entered. Council Regulation 539/2001 is simply the lists of countries whose nationals do and do not require Schengen visas for short stays (since replaced by Regulation 2018/1806). This means that to enter Italy, you must have a Schengen visa that is valid for Italy, which you had. It does not matter that it was issued by Spain.

Another line of reasoning to consider: The ground staff should have checked your documents against an industry-standard database called TIMATIC. There, they would have seen that you require a visa to land in Italy. They would have seen some additional notes about Schengen visas, of which the last is

Schengen "C" type visas must be valid for the visited Schengen Member State. This is specified in the "valid for" field of the visa.

Once again, this shows that your visa was valid. The only requirement your type-C Schengen visa had to meet was that it indicate that it was valid for Italy, which it did.

If I were you, I would look to see whether the Egyptian Ministry of Civil Aviation concerns itself with passenger complaints, or whether there is some other body that does so. Also look at the Jordanian Civil Aviation Regulatory Commission or other official bodies in Jordan that might take interest.

I would write a letter to the airline asking for a full refund (and perhaps other compensation) on the basis that you had a valid visa for your destination. Include a copy of the visa, emphasizing that it says it is valid for Schengen states. It will be their responsibility to show why a visa issued by Spain is not valid for entry into Italy.

You might also consider a social media campaign discouraging people from flying on Royal Jordanian because they do not understand how Schengen visas work. If you start telling people to fly on European airlines instead, you might get their attention.

The airlines feedback is totally wrong, the main destination country is not necessarily the first entry country. I traveled few months ago to Switzerland and Germany, I entered the Schengen area from Switzerland although the visa is issued from Germany. I read you also contacted the Italian Embassy and they confirmed your eligibility to enter the Schengen area through Italy although your visa is issued from Spain. So, and regardless to the person you contacted in the Spanish embassy, the airlines decision is unlawful and you should sue them in order to incur the total non-refundable cost that you paid.

Finally, after almost 3 weeks of searching the core of my case is that since my visa was issued from Spain, then my first entry should be from Spain and that was confirmed through a phone call with the embassy of Spain in Egypt regardless being a first time visa or not. I don't know if that goes on any nationality. Bottom line is, I was the one mistaken not to refer to the embassy before the trip and just depend on general knowledge. Anyway, I hope that no one gets into a headache like that and if you have any concerns just refer to the authorized source.

And I want to thank each and everyone who answered or wrote a comment on the post.

Usaully a VISA applies only for the country where you land first. So passing from Joardan and then to Europe, means that you need a VISA for Jordan. It applies also if you go to Canada from Europe passing thru USA. You need to get a VISA for US as well, just for landing there.

Not the answer you're looking for? Browse other questions tagged schengen-visas denied-boarding or ask your own question.

70
Should my first trip be to the country which issued my Schengen Visa?
82
Denied boarding although I have proper visa and documentation. To whom should I make a complaint?

1
Can I expect problems after entering Schengen through main destination but leaving from another state?
1
Schengen visa main country for a mix of tourism/family visits
6
Can you be denied boarding in Italy for not having a visa to the UK?
4
Denied boarding by Ryan Air even though my passport is visa-free to the destination
3
Schengen visa (for tourism) requirements for an Indian student in the US