Who pays for increased security measures on flights to the US?

Additionally, flights to the US from Sydney Airport seemed to all take off from a special pen area which you can only enter after being interviewed. Normal gates at Sydney don't have this infrastructure. Does the airport bear the cost of building the new higher security gates?

This is maybe not a conclusive answer, but more than a comment, so posted as an answer: While i can't speak specifically for Australia, in Germany to my knowledge the airport in cooperation with our federal police is responsible for all security related matters. Security checks are usually contracted out (federal police is still responsible).

For the costs however, if you buy a ticket, you pay not only the ticket fare itself, but also a bunch of taxes and fee, which e.g. for Frankfurt as departure airport contain a Germany Airport Security Charge. Sydney as departure airport includes a Australia Passenger Services Charge Departure International.

So in the end the passenger pays for any operational measures, that need to be carried out by an airport.

You pay for it (of course), as a part of your ticket.

If you check the details of your ticket, you will see that a large part of it is from up to a dozen fees, for landing, starting, using airport facilities, and using security checks (for each airport on the flight, including stop-overs).
For example, often a transatlantic ticket costs only $ 80 or less, and the remainder is all fees. 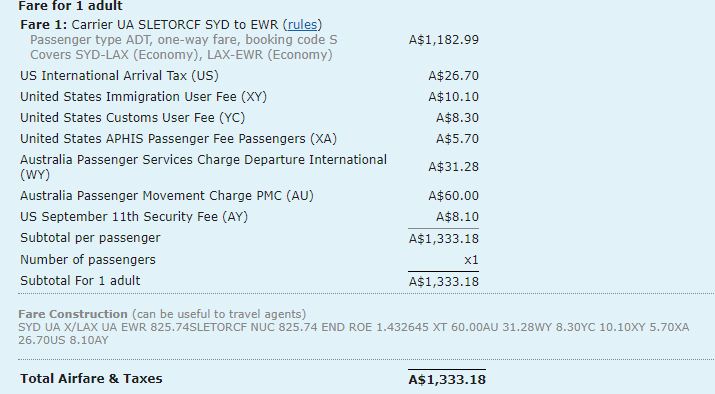 There are a number of airports where such procedures are in place.

In Amsterdam, all passengers on US-bound flights operated by US airlines are interviewed by security personnel before their boarding passes are scanned and they are allowed to proceed in a holding area immediately before the gate. As far as I can tell, these people are not affiliated with the airlines and are not wearing anything to identify their employer.

In Zurich I have been interviewed in the same way by someone wearing a United uniform before boarding a flight to the US. I was one of the last passenger to board so I went straight to the jetbridge and do not remember if there was a designed waiting area for passengers already interviewed (if there was one it was empty). The interview was much lighter than the Amsterdam ones.

In Madrid, an airline agent checking boarding passes "randomly selected" my travel companion for a secondary screening by another agent wearing the same uniform as airport security personnel. They checked his bag (opened it and swabbed it), and he underwent some additional questioning.

There is no such additional interview-type screening when travelling from Canada to US, or from Mexico to US.

On the whole, my sense is that these security agents are paid (directly or indirectly) by the airport, although they might work for third parties. The airline certainly has a presence there, but if they were airline employees they would be identified as such.

(I understand that El Al might be an exception and directly hire their own employees for additional security.)

Note: This doesn't apply to Australia, but it may be relevant for some visitors to this question.

Some airports and locations, primarily in Canada, have a preclearance procedure that sounds remarkably like what you describe above. In those cases, they are actually US Customs and Border Patrol agents who clear you through customs before you board, so that you can then treat the flight itself like a domestic US flight after you clear. These locations are listed on the US CBP page on preclearance. In those cases, the US government pays, at least for the staff; I suspect who pays for the airport to build the walls/etc. to segregate the US bound gates is more complicated, and is some combination of US and local funds, and undoubtedly paid in some fashion by ticket fees.

Not the answer you're looking for? Browse other questions tagged usa air-travel airports airport-security or ask your own question.

40
Who pays for the return air ticket when a country refuses entry (by air)?
5
Who works at the International Gate Security check?
9
Do I need to reclear security when connecting between flights in the US?
27
Who is responsible for security on an airplane?
43
Who to complain to about the speed of airport security at Frankfurt?
0
Security for US domestic flights conections
4
Why another security control when transferring between flights?
25
Is it common for humanitarian flights to lack security control for the baggage?