Do the Canadian Rockies lack red foliage in autumn?

I'm mulling whether to see fall foliage this year in Banff & Jasper, or Charlevoix.

Many comments allege that AB aren't swarming with maple trees that discharge the red foliage.

Also, don't expect the cliche "Canadian" red leaves; maple trees are not hardy enough for Alberta weather. All our native trees turn yellow and gold, with the wild rose bushes adding an accent of red in the understory.

Banff and Jasper for Fall Colors

Yes, those who live in that region would have more expertise, but having trvalled through the BC mountains in fall, I don't recall extensive colour. As mentioned by SheiliDawn, I believe alpine forest does tend to be predominated by coniferous specious. Fall colour tends to be associated with maples (e.g. Sugar Maples) and to a lesser extend other deciduous trees such as Oaks, Aspens (poplars), birch. Maples are, I believe, more abundant in the mid-north eastern North American Forests. Regions known for fall colours include Northern New England (Appalachians), Quebec (Laurentians), Central/Northern Ontario (e.g. Haliburton Highlands, Algonquin Park), Nova Scotia (Cape Breton Highlands). Peak colour is variable depending on the weather patterns in any given year - I usually target somewhere between late September and mid October.

The change in colours for vegetation is a characteristic of a Deciduous Forest... and as much of Western Canada is a Coniferous Forest (Evergreens) then the transition is not found with as much impact as it is in Eastern Canada and the USA (it happens, just that the "show" isn't as significant due to the lack of "variety" in vegetation and Maple Trees).

The Yellows, Oranges and Red, that most folks think about... are primarily due to the Maple Trees, which actually grow primarily in a very small portion of New England (Massachusetts thru to NY State) and Canada's Maritime Provinces, Quebec and Ontario.

I live in Banff National Park and my vacation this year is to Montreal,Tremblant, Quebec City and area at the last week of September, first week of October, specifically to see the fall colours. So that should give you an idea of how we lack the colours here. As stated we do get the yellow and sort of orange colours in some of our trees in the Kootenay areas, and mostly yellow from the Larches in my parts, it is nothing like the pictures I have seen of the foilage in the east. We have maples from my home area of the west coast of Canada, but they just don't compare.

But don't the three pictures beneath, allegedly taken in Banff, show red foliage?

Banff in The Fall 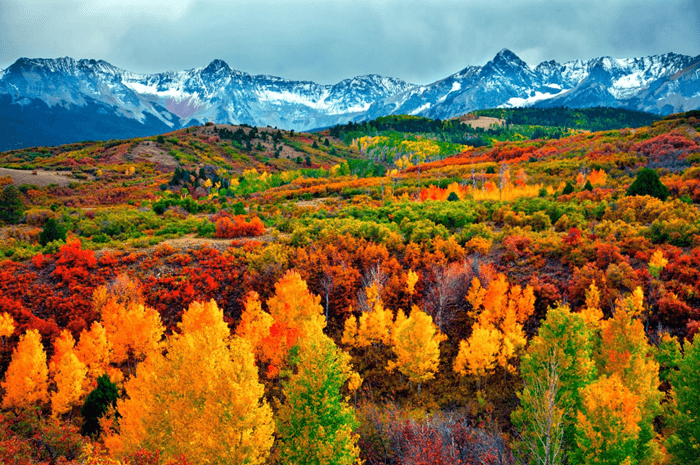 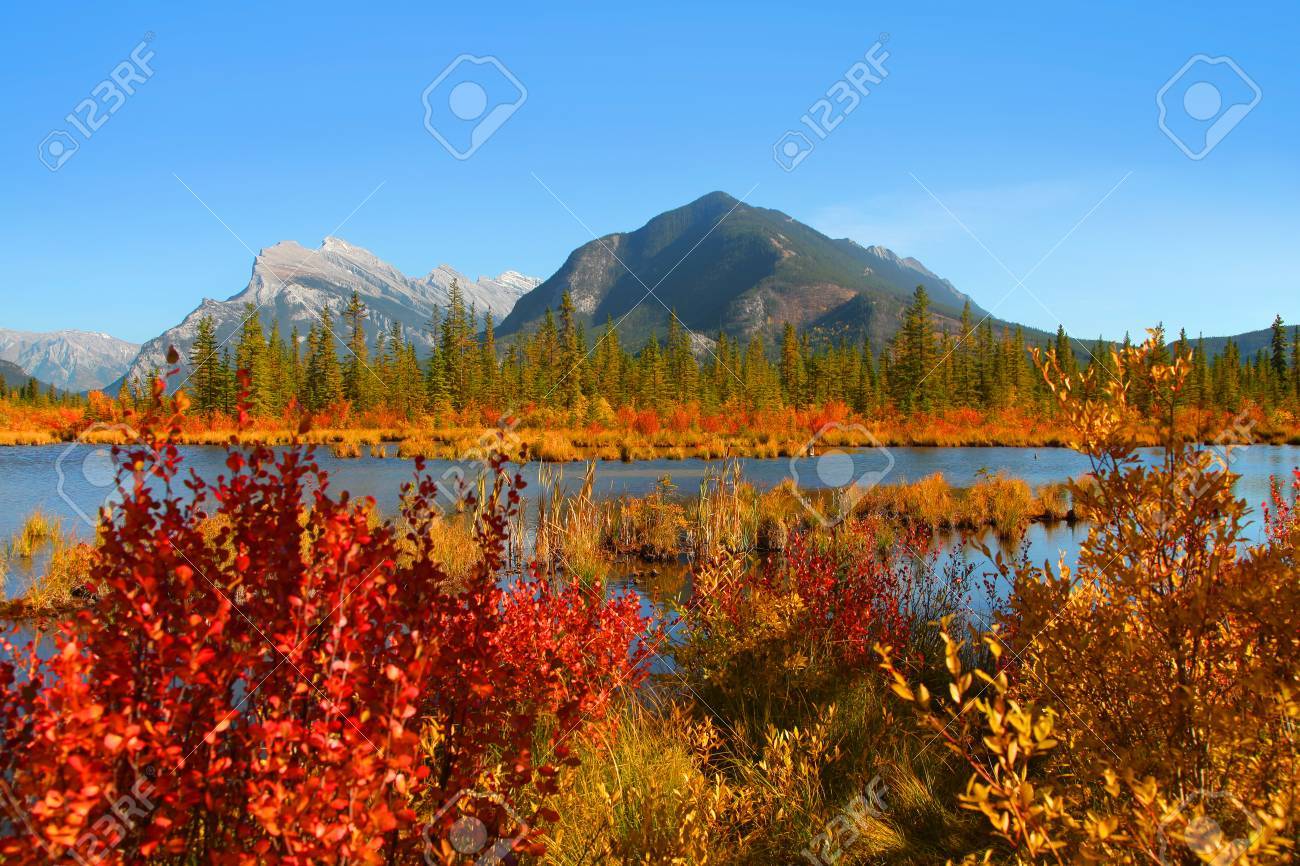 Browse other questions tagged alberta or ask your own question.

1
When is the earliest time to visit Banff and Jasper for everything to be (re)opened?