Longest bridge/tunnel that can be cycled over/through?

I'm cycling around Japan, and a few days ago I cycled the Shimanami Kaido, a series of bridges connecting islands between the mainland and Shikoku in the inland sea. One of the bridges there was (if I recall correctly) 6.5km long. This had a specially made bicycle/pedestrian/moped section.

I also have come across several tunnels, the longest of which was 2.8km, on route 317 on a mountain pass between Matsuyama and Imabari. There wasn't a specific cycle path there per se, but there was a sufficiently large raised path on one side so that I was perfectly safe (that said, there were areas where the lights had blown and I was cycling in pitch black!).

This got me thinking. What are the longest tunnels and bridges that are safe for cyclists to cross/pass through? I'll add the extra condition that it must not be specifically illegal.

The Seven Mile Bridge in the Florida Keys is open to cyclists. The Florida Keys Overseas Heritage Trail, a nearly-complete 106 mile (171 km) cycling path from Key West to Key Largo, and part of the East Coast Greenway which stretches to the Maine-Canada border, is routed over the bridge. (The bridge is actually 10.9 km or 6.8 miles long.)

Not a bridge or a tunnel, but as a bonus, consider the Afsluitdijk, a 32 km artificial enclosure dam and causeway connecting the Dutch provinces Noord-Holland and Friesland, separating Ĳsselmeer from Waddenzee. As a causeway, I'd argue it's somewhat similar to bridges and tunnels, in that it connects two landmasses otherwise separated by water. Enjoy cycling it, in particular with a strong headwind. 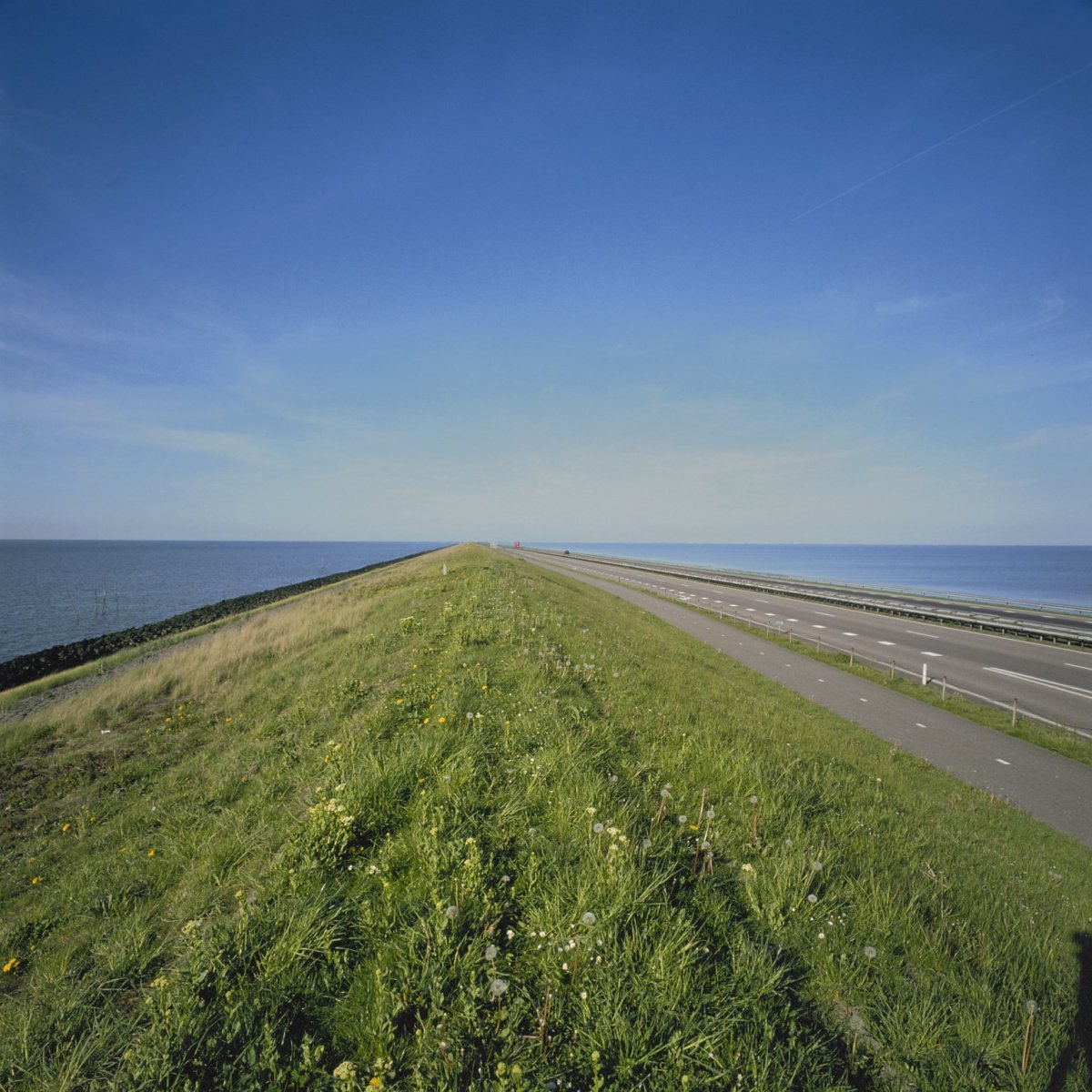 Most of the world's longest road tunnels are on express- or motorways, where cycling is prohibited anyway, independent of the tunnel.

The longest road tunnel I could find, which is definitely open for bicyclists is the 8,079m long Steigen Tunnel in Norway.

I would however also assume that bicycling is allowed in the 14,346m long Mount Ovit Tunnel in Turkey. I can't find any specific information about bicycling in this tunnel, but the road is designated as a regular highway (not a motorway) and bicycling is generally allowed on Turkish highways, even on 4-lane highways.

If it is safe or not is a matter of taste. In any tunnel, even very short tunnels, passing vehicles may cause severe and difficult to predict draughts, which can be tedious to cope with when bicycling. Most longer tunnels also have a cold, moist and uncomfortable climate.

Completely safe alternatives, but not nearly as long, are all the tunnels along the decommissioned railway lines, which have been rebuilt as pedestrian or bicycle paths in many countries over the past few decades. In Europe, the 2,630m long Uitzi Tunnel in Spain is probably the longest. I am not sure if it is currently open, as it has been frequently closed during the last years for maintenance or because of water leaks.

Not the longest, but the 9 km long Oosterscheldekering is certainly noteworthy. Location of the Dutch Headwind Cycling Championships. This is the longest storm surge barrier and flood barrier in the world. There's a road and a seperate cyclepath crossing it. It consists of 65 pillars of 30 to 40 meters tall, with 62 sluice-gates of 40 meters wide and 6 to 12 meters tall over 3000 meters. It is also a hydro power plant. This is listed as one of the seven wonders of the modern world by the American Society of Civil Engineers, along with the likes of the Golden Gate Bridge and the Panama Canal.

While you're there, you'd also have the opportunity to cycle on/in:

The Chesapeake Bay Bridge Tunnel is 17.6 miles (28.3 km). It's not normally open to bicycle traffic (though shuttle busses are available to take cyclists and their cycles), but at least twice in its history, one span of the bridge has been opened for special cycling events (with cars redirected/restricted to the other span). If this qualifies, it's almost certainly the longest.

Another "bonus" answer, longest elevated bike path 7.6 km (can be considered a bridge in some sense?). In the city of Xiamen, China.

The longest bridge one has already been covered, but the Hiawatha trail in northern Idaho features the St. Paul Pass Tunnel which is 1.661 miles (2.673km) long and it's designated specifically for bicycles. https://www.ridethehiawatha.com/the-trail

In Germany there is a mine "Erlebnis Bergwerk Merkers" 800m in the underground, which performs regularly bicycle events.

Some tours are only cycling, others have stations where you could learn about the mine.

(Mine Merkers in general in English language)

The longest tunnel open to cyclists in Japan is the Kanpu Tunnel (not far from the Route 317 tunnel listed in the question) and is 5,432m long. It has a reasonable gradient and took me the best part of 45 minutes to get through on my loaded touring bike. I rode through in the early morning and it was pretty much empty of traffic so it is definitely safe (especially if one goes the downhill way).

Japanese drivers are very courteous to cyclists (even if they pass a bit closer that you might be used to) and there are many tunnels that are many kilometers long that cyclists can get through safely.

Not the answer you're looking for? Browse other questions tagged where-on-earth factoids bicycles tunnels or ask your own question.

28
What is the youngest new natural landmass that can be visited?
111
When I travel next, I want to reach the point on the earth that is exactly opposite my home, how can I discover where that is?
22
Where can I eat dishes that feature in western countries' Chinese restaurants?
44
What is the longest stretch of the Autobahn that is guaranteed to have no speed limits?
14
What's the longest scheduled flight one can take within the EU?
18
World's longest purpose-built pedestrian tunnel?
39
Is it ok to take a break near the cycle path, on the grass, in Netherlands?
5
Non US or Canada citizen travelling to Windsor through Windsor/Detroit tunnel on tunnel bus
107
What's the longest distance that can be traveled by only using free transportation?