I'm planning to climb the Adam's peak in March. What kind of trekking gear in terms of footwear etc. should be used for this trek ?

Hikr.org is a popular hiking portal mainly for the Alps, but there are also two reports about Adam's peak. Both of them state that it isn't a very difficult hike, and one of them even classifies the route in the official hiking scale. The report states it is a T2, which means:

This already states that trekking shoes are recommended. However, since this scales are most often a little bit higher than the reality, I would also wear sneakers if I wouldn't have any trekking shoes.

Besides from that make sure to take enough water with you, and maybe also sun glasses, a hat, and sunblocker. Be also prepared for weather changes and add a light cagoule to your list.

There are also some pictures in the above-mentioned hikr reports that might give you an impression of at least part of the path: 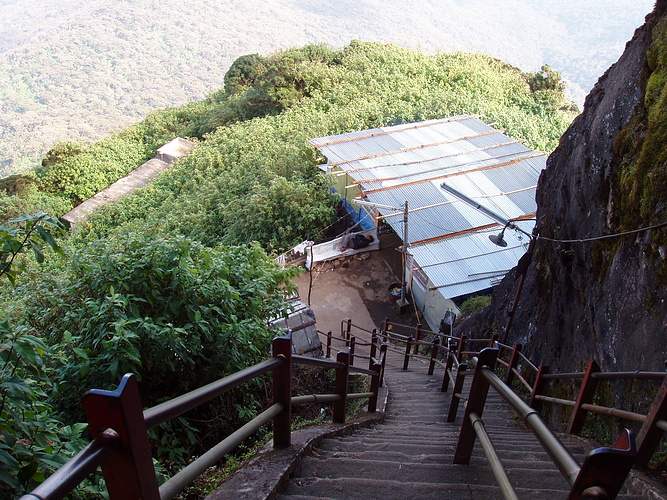 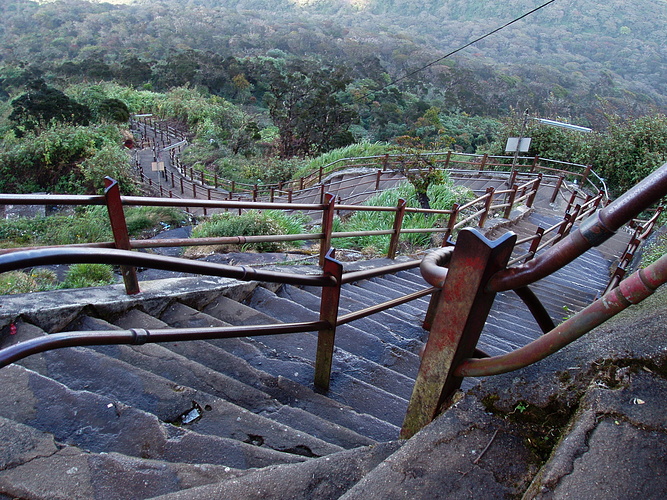 As you can see, it is almost an highway, but nevertheless I would still use trekking shoes if you have a pair, since the steeps are sometimes steep and I could imagine that they could get quite slippery when wet.

There are three routes.

Easiest and most common route is Hatton route. If you go this way Slippers are the best.(Thats what the locals use)

If u want to get more jungle experience, you should go in other routes. Better to use water proof boots.

And please consider this is one of the most sacred places in Sri Lanka.

Not the answer you're looking for? Browse other questions tagged gear clothing sri-lanka trekking or ask your own question.

8
Information about Fimmvörðuháls route
23
Climbing Mount Fuji
2
Sri Lanka: visa requirements and possibility of visa on arrival at airport?
7
Use of Euros in Sri Lanka, will they be accepted for small purchases?
6
Are there any InterContinental Hotels Group (IHG) properties in Sri Lanka?
59
To travel 30 km from India to Sri Lanka, do I really have to take a 1500 km, 20 hour detour?
2
Finding Thailand Trek Guide (Khao Chang Puak and Sun Nhok Wua)
4
Expected tip for driver of rented car in Sri Lanka