Will they make me take off my chest rig bag on takeoff/landing?

There is a new trend of chest bags. They are thin but perhaps I will be required to it take it off and store it overhead?

I don't want to bother wearing one if it's gonna be a hassle.

An example of a chest bag: 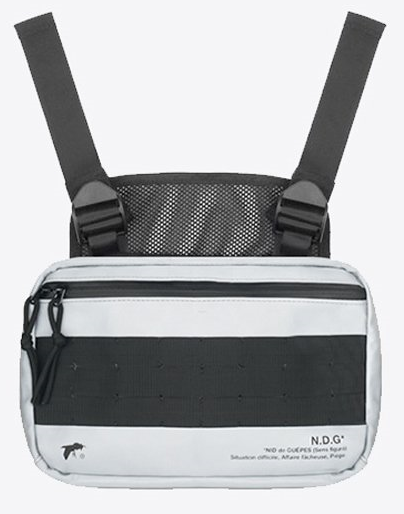 If the cabin crew notices, you'll likely have to take it off.

It's hard to say for sure without asking the airline in advance. However, most (all?) airlines I've flown ask you to "stow your larger bags into the overhead lockers and smaller items such as handbags under the seat in front of you". I think it's fairly likely that if a cabin attendant sees your (unusual) bag, they'll just err on the side of caution/regulations and ask you to stow it.

Probably no worse than a purse, or even a backpack when worn in the front.

I would remove it because it does not look confortable at all when seating in a plane seat for a few hours.

Anyway, you will have to remove it to pass security.

Not the answer you're looking for? Browse other questions tagged luggage-storage in-flight-services or ask your own question.

37
Can I take an overnight bag into the theatre / cinema in London?