What exactly is "Fuxing / Shuttle"?

I'm using Google Maps to find public transportation from Keelung to Tapiei Main Station. It shows "Fuxing / Shuttle" as the recommended option. Is this a bus? When I click "details" to see its number, it shows different numbers depending on departure time (e.g. 1483 to Beihu or 1263 to Hsinchu or something else). So what exactly is "Fuxing / Shuttle"? How often does it operate and when does the service end? 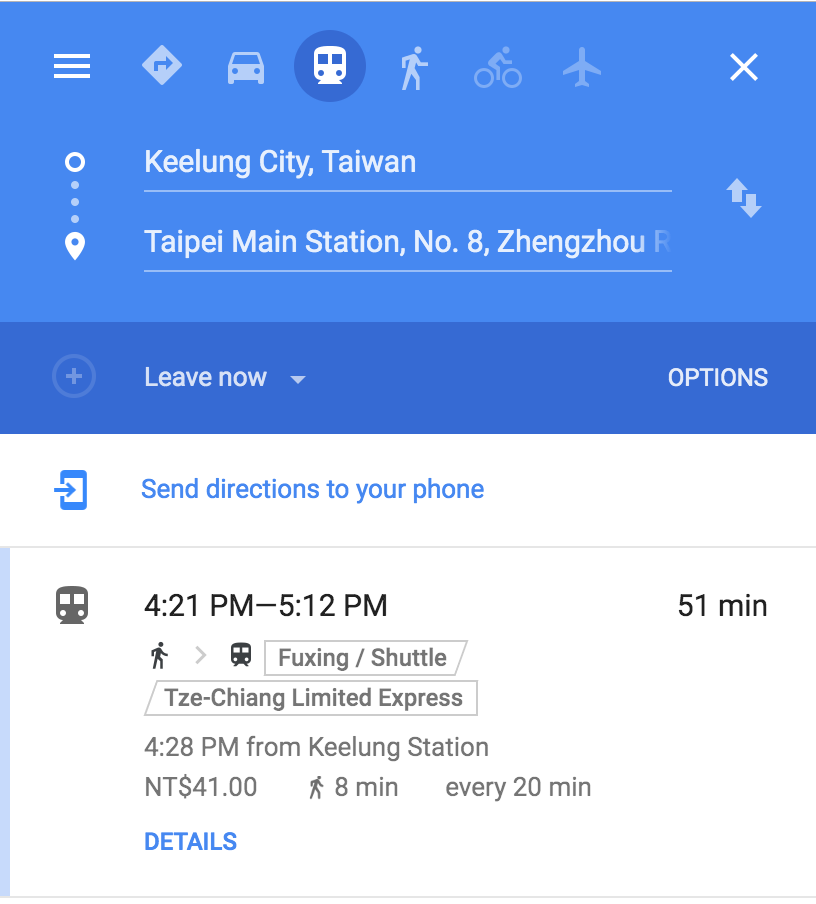 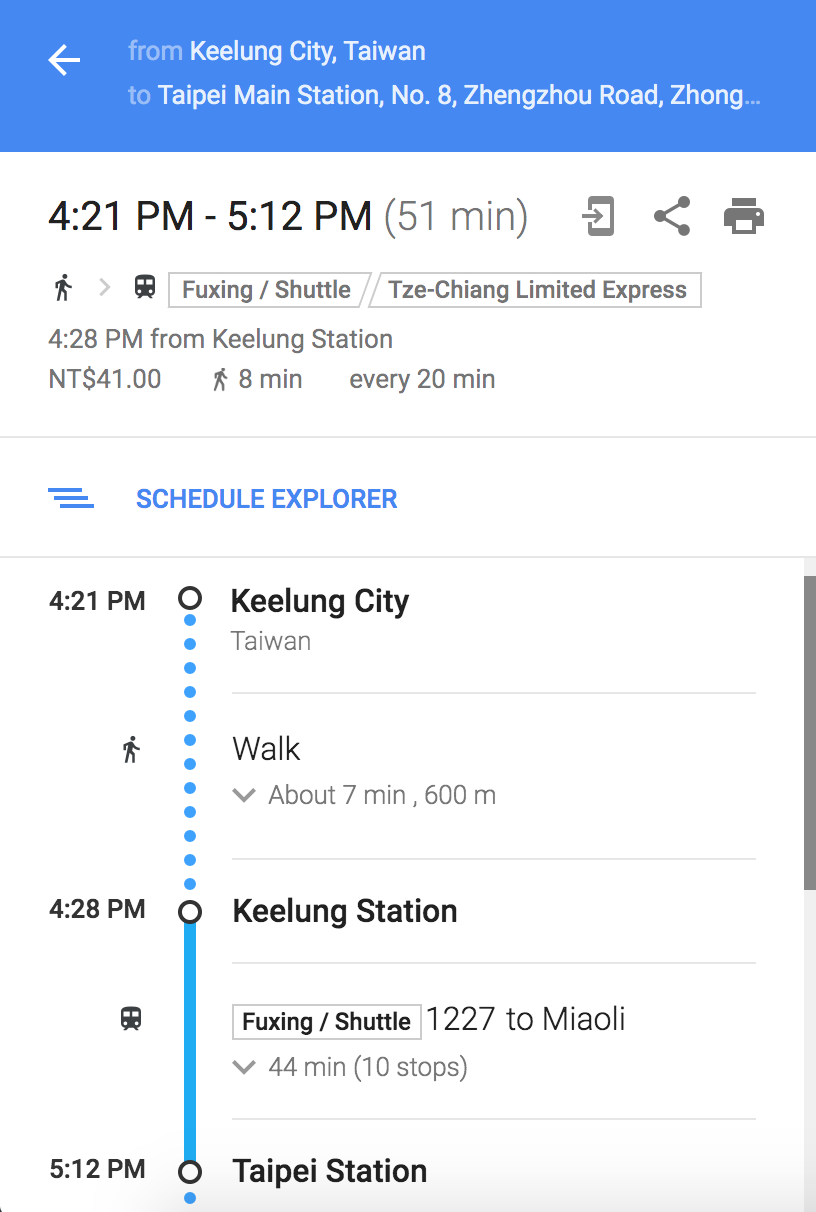 Short answer: Fuxing and Shuttle are two specific service classes on the Taiwan Railways. They refer to semi-express and local trains respectively. The numbers are TrainCode, which identify the train services. There are 2-6 trains per hours between Keelung and Taipei on weekdays, with more trains during the peak hours. The last train departs from Keelung at 23:05 on weekdays.

A brief introduction to (some aspects of) Taiwan Railways

Taiwan Railways run a few classes of trains in terms of service speed (i.e. express vs local trains, instead of 1st/2nd/3rd class carriages on the same train), and the train fare ties to the class of service and distance traveled. According to Taiwan Railway Administration, MOTC:

Principle of calculation of fares
The fare rate of the Express Trains of this Administration: (The current minimum mileage for each train type is 10 km. Those who are less than 10 km are quoted at 10 km.)

One can see Fuxing and local train (shuttle) are priced on the same tier, which is probably why Google has lumped them under the same "line" (as opposed to Tze-Chiang Limited Express). It is worth noting that no Fuxing trains actually run between Keelung and Taipei.

Services on Taiwan Railways are identified by a one to four digit TrainCode. For example, service 1263 mentioned by the OP is the 20:15 service (from Keelung) to Hsinchu according to the (old) train timetable information page maintained by Taiwan Railways Administration. This service arrives at Taipei Main Station at 21:02.

The new train schedule/code inquiry page allows one to search for all trains during the day between two stations. They will have to know which administrative city/county their origin and destination are in though.

For OP's specific journey, the following entry would do:

The search results shows there are 2-6 trains per hour for this particular journey, with more trains during the peak hours. The last train departs from Keelung at 23:05. Note the result reflects the timetable on a Monday (train services are likely to be different on weekends and public holidays).

Side note: There are a number of bus routes that operate between Taipei and Keelung, but that falls in the scope of another question.

Not the answer you're looking for? Browse other questions tagged public-transport terminology taiwan taipei or ask your own question.