UK visa refusal due to wrong record from 9 years ago

I'm helping my significant other (who lives in another country) to apply for a visitor visa to the UK. They have never been here, but they got refused once before almost 10 years ago (something about lack of ties) together with the other people that applied with them (it was a group that hoped to visit the UK for a summer language school). Unfortunately, they got refused again. This is the letter:

I was already mentally prepared to try to find an explanation (possibly they changed job title in 2007, and that's why the document in 2009 might have had a different date than in the latest application), so that we could apply again, with an explanation for the discrepancy that made it obvious that it was a mistake without any intention of deception. (I know that applying again would make sense only if we can provide further documentation. Hopefully more detailed employment information and a written apology would be enough to demonstrate good faith)

But then they retrieved the application from 2009, with the attached document for employment confirmation. You can see the original here: 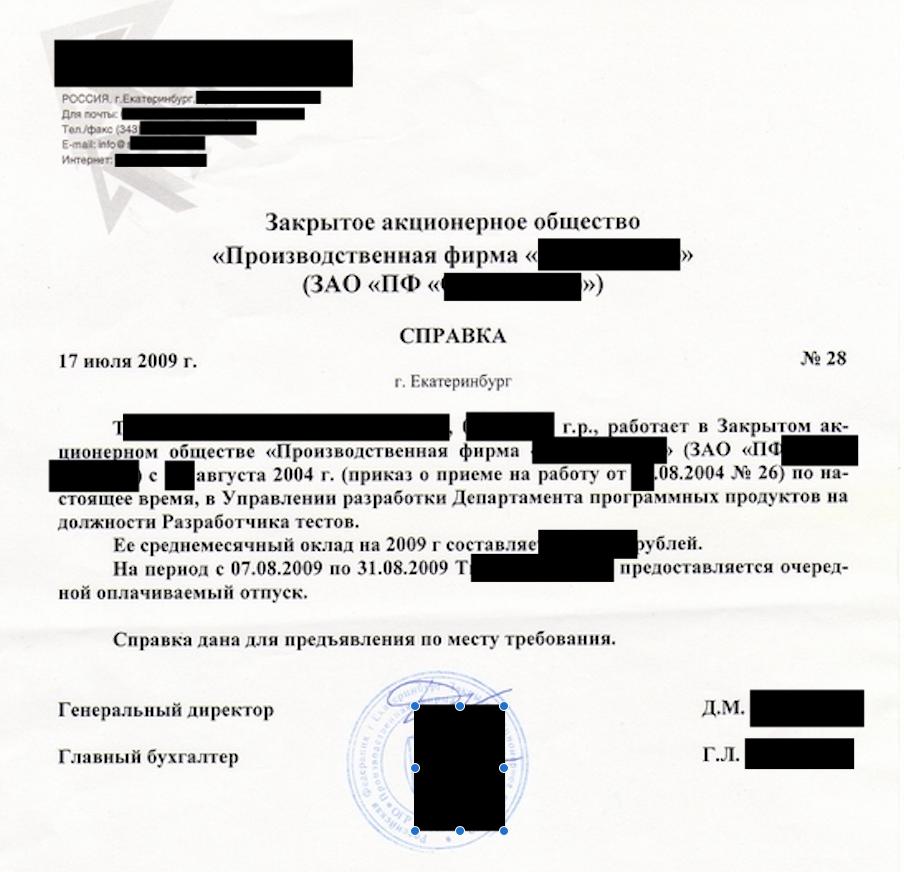 And this is the translation: 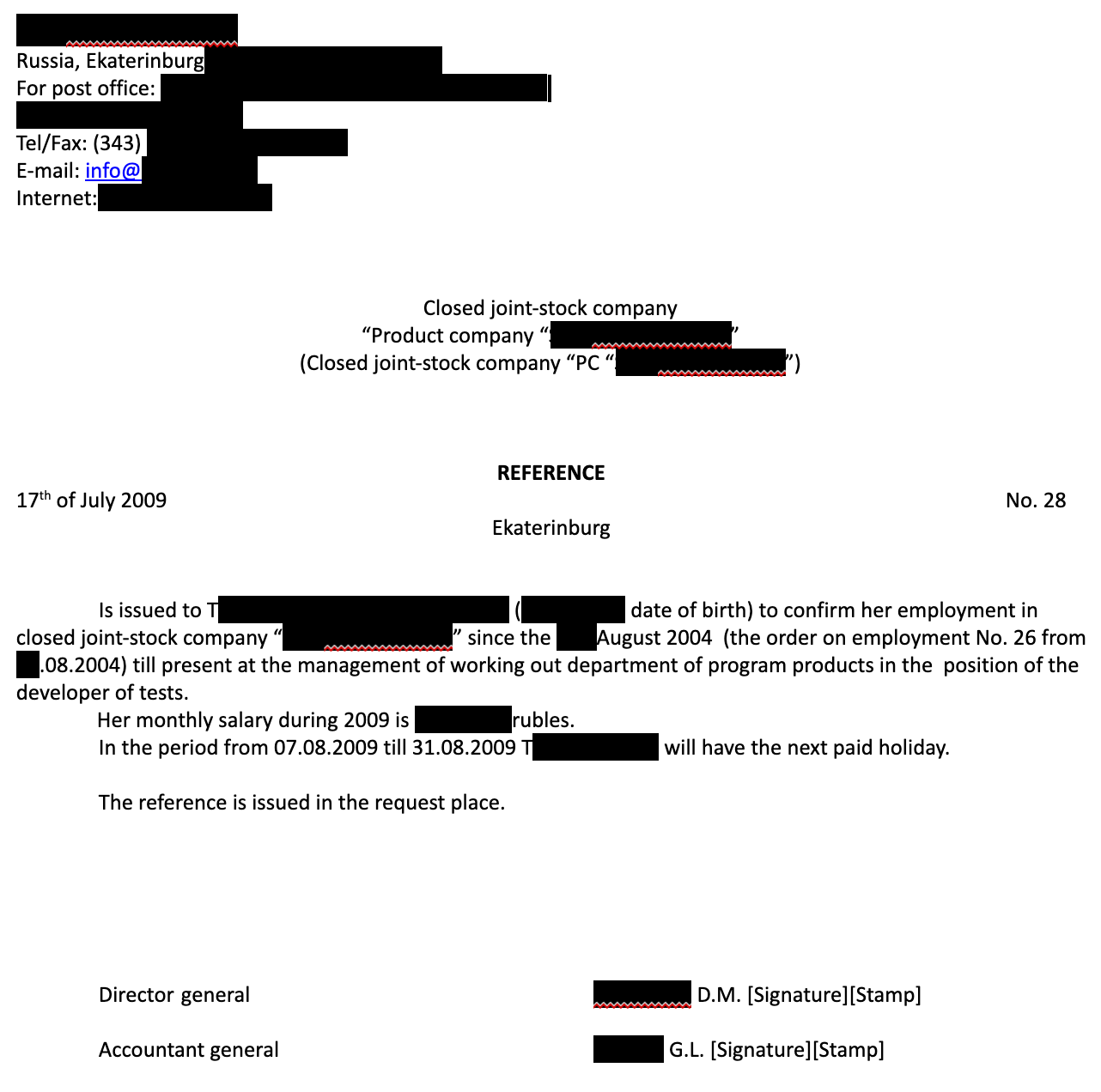 I'm now a bit lost: we cannot appeal, so the only thing we can do is to apply again with amended documentation, but the documentation we have contradicts the reason for the refusal!

It's been 3 weeks now since they originally sent the application, (for some reason the reply arrived today even if the letter is dated 09 May) and the flight ticket has already been purchased. To have any hope of avoiding a change of plans, I think that the only venue we have is to try to apply again (rather than an appeal), possibly with the expedited process (which I understand would take only a couple of days) to allow for more time for us to change plans in case things will go wrong.

I don't think that contacting a solicitor would really help us (given that we cannot appeal), but what should we provide if applying again? If they think that we're being deceptive, a further refusal under 3.7 would be extremely inconvenient.

The obvious thing would be to send copies of the old documentation, in which the correct year can be clearly seen. Maybe by attaching a brief letter that points out that the old application and the newer one are not in conflict.

But maybe the bureaucracy won't easily accept a mistake on their part? Maybe we should apologize even for a mistake that we haven't made? What kind of justification for a non-existing discrepancy could we ever provide? (I don't think this is a good idea).

I appreciate any feedback or suggestion you can provide. Thank you.

So, this just got resolved positively:

We got a solicitor involved, they recommended:

For both, knowing what information exactly UKVI used for their previous decision would be quite useful, and that can be obtained for free with a subject access request.

Instead of waiting on the SAR documents to get back to us, my SO submitted a new visa application right away (with the information that has been provided above in the question and a cover letter). The decision was positive in this case and the visa has been granted (which means that luckily plans didn't have to change),

Though this means that until we'll see the SAR documents, it will not yet be clear if they had any wrong records on their side or what was actually the explanation for the last refusal.

I might update this when I'll get that information, and I could also provide a (redacted) copy of the cover letter, if people could find that useful.

This is the cover letter, attached with the latest application: 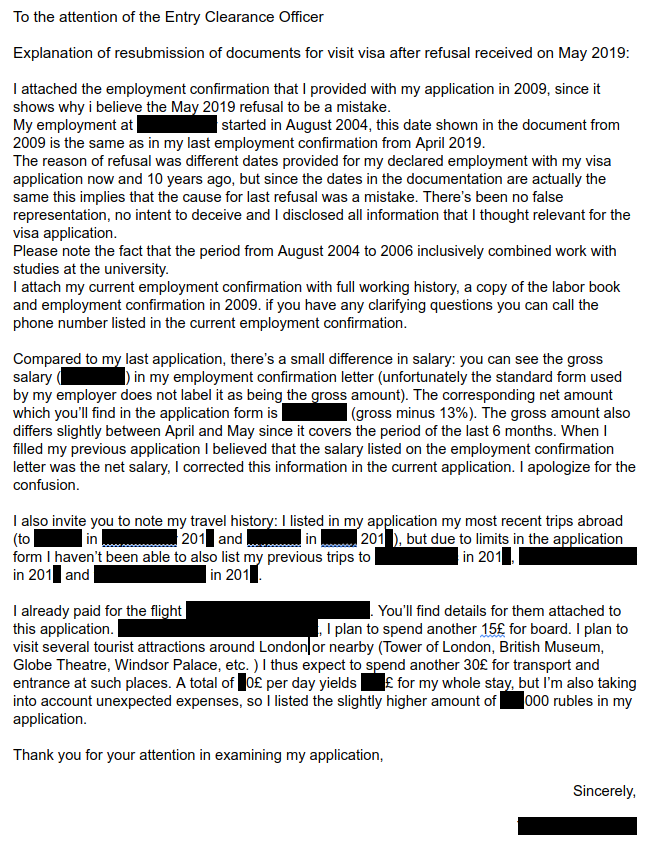 We also got the SAR file, and I got 2 interesting findings:

26
Can a UK Border Immigration Officer remove a stop indicator flag?
5
UK visa refused under 3.6 a of Appendix V (deception)
5
UKVI ECO made a mistake on my visa decision