Our family followed Route 66 to California in August 1963, and I'm trying to organize the few photos of the trip that I've found.

I believe we stayed at this motel, and that it was in California. The names Needles and Barstow come to mind, but not with any reliability.

I doubt it's still there, but perhaps the mountains are distinctive enough. 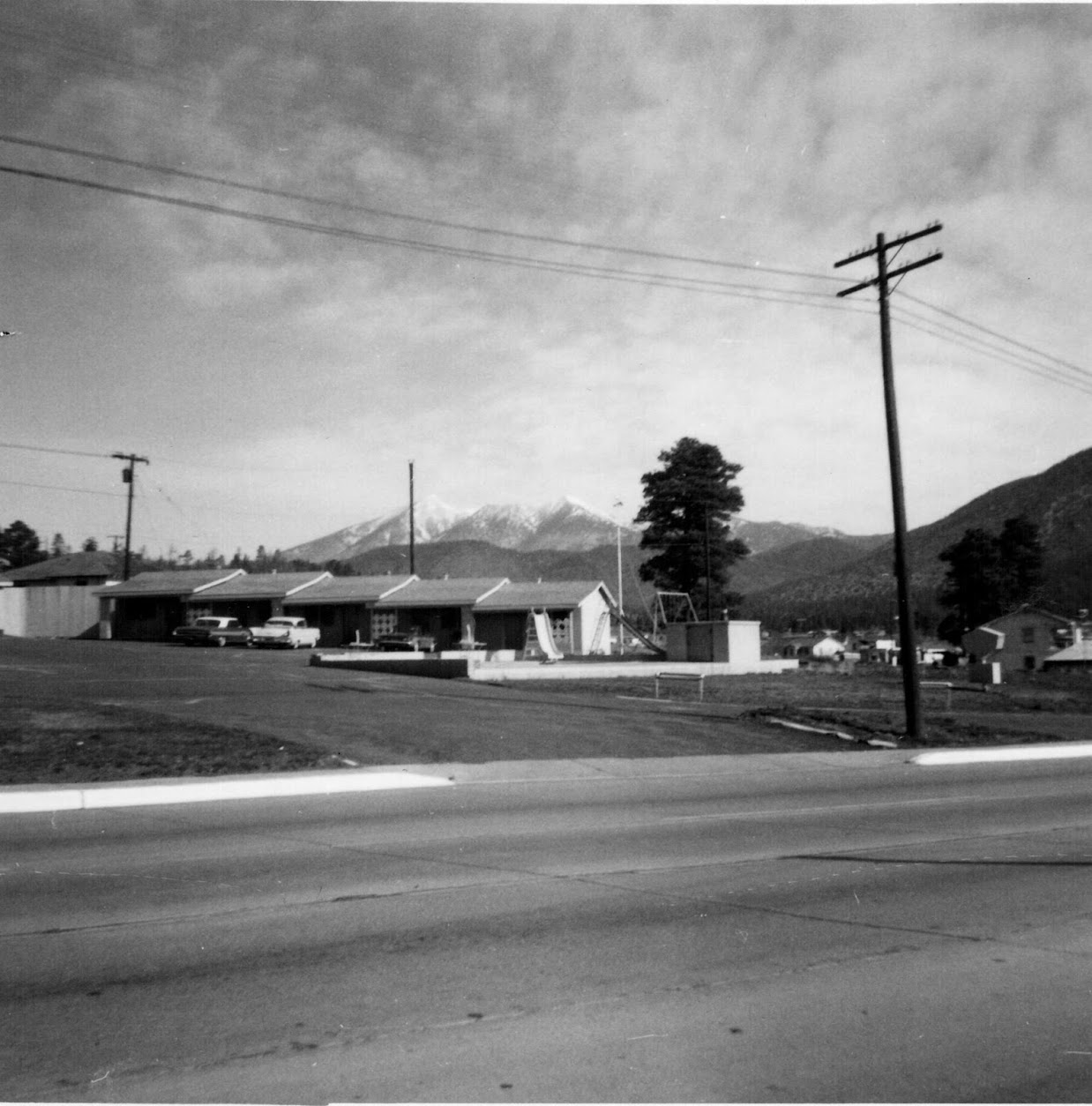 identify-this california
Share
Improve this question
asked May 20 '19 at 12:55 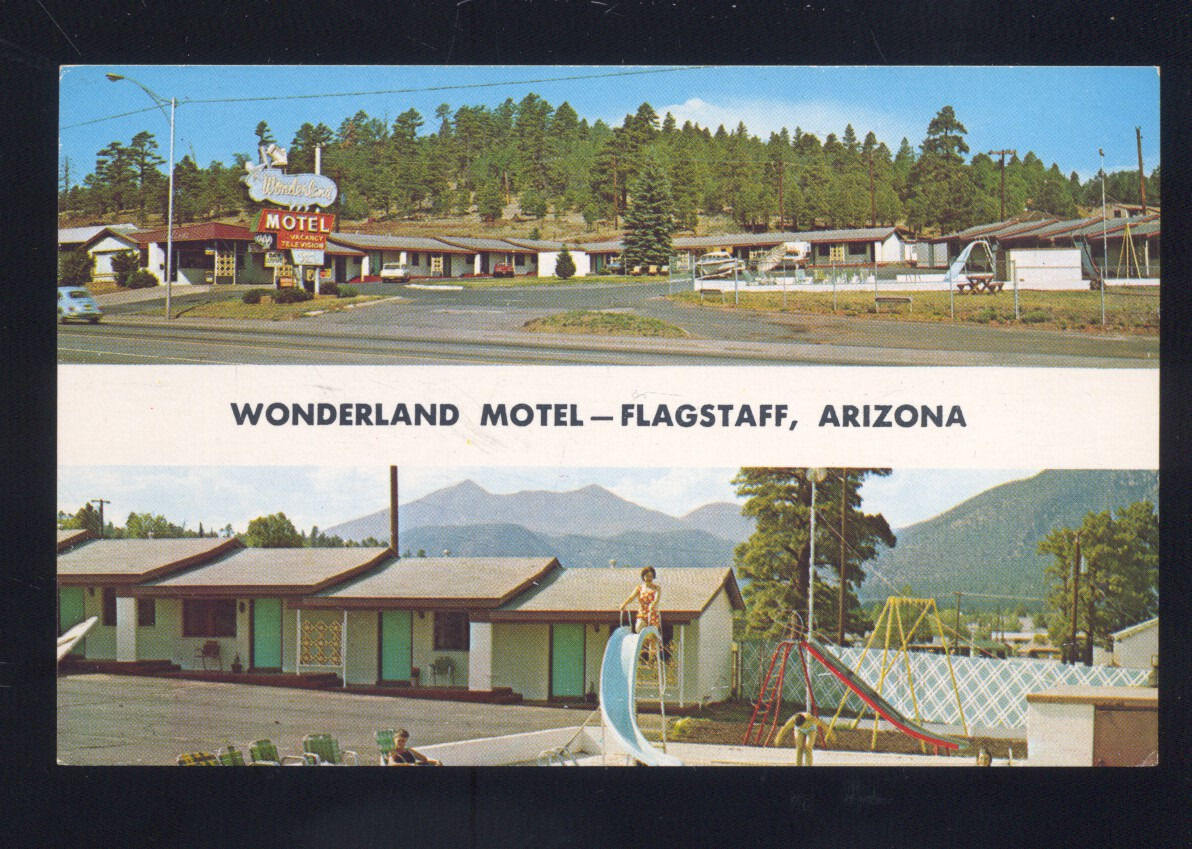 When I asked this question, nearly two years ago, the above answer would have been good enough. But since we're now operating in the Covid Standard Time zone, I've spent far more time, and put far more effort, into this quest than it deserves.

In particular, one set of mountains north of Flagstaff looked familiar.

The northern horizon for most of eastern Flagstaff is occupied by Mount Eldon, which was definitely not what I was looking for.

Some of the eastern parts of the city gave glimpses of the more distant mountains. I tried to narrow down a view from the appropriate angle, but what was mostly a desert road 60 years ago is now lined with strip malls, trees, and other obstructions.

Eventually I reached a vacant lot that gave a great view to the north, which included the same mountain skyline as in my old photo:

So, I was now about as certain as I could be that I'd not only found the right city, but was close to the actual motel location.

I then switched Google Maps to satellite view. The data must be a little out of date, because what it showed was not a vacant lot, but this: 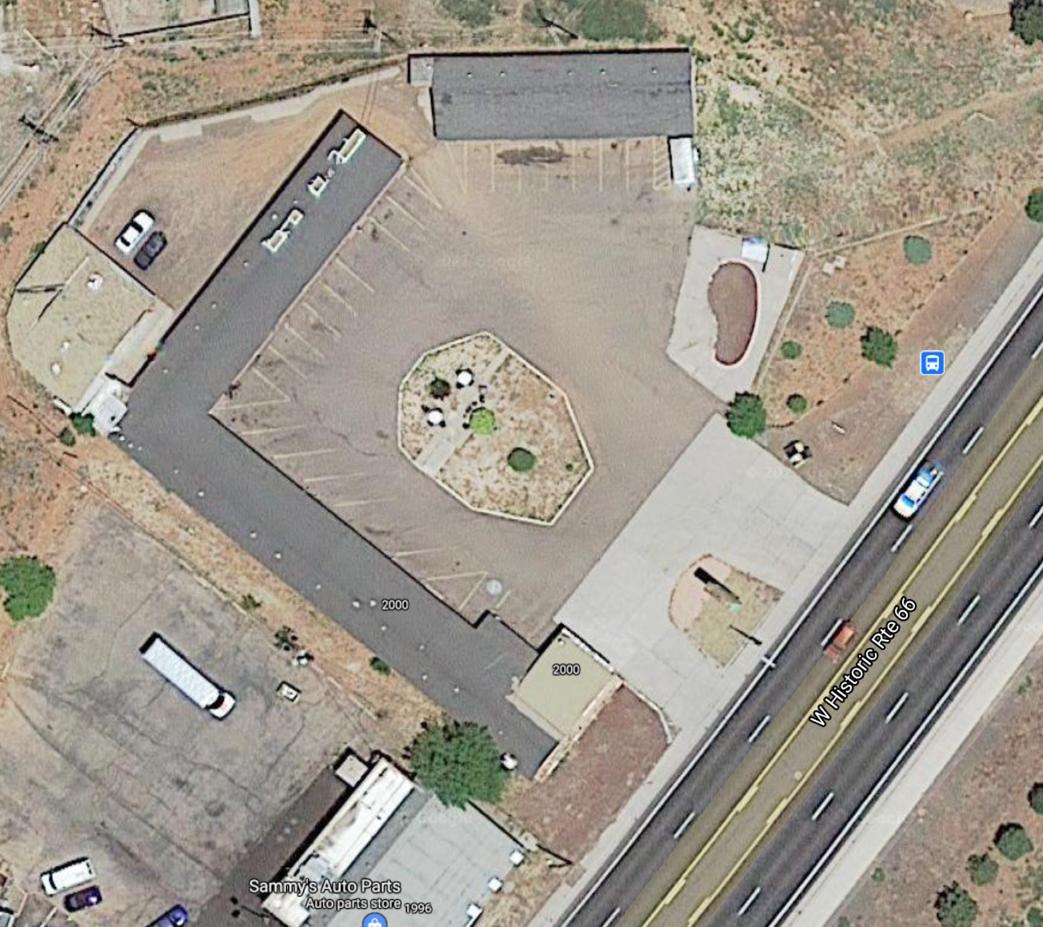 So I switched to a 3D view, and it was even more amazing: 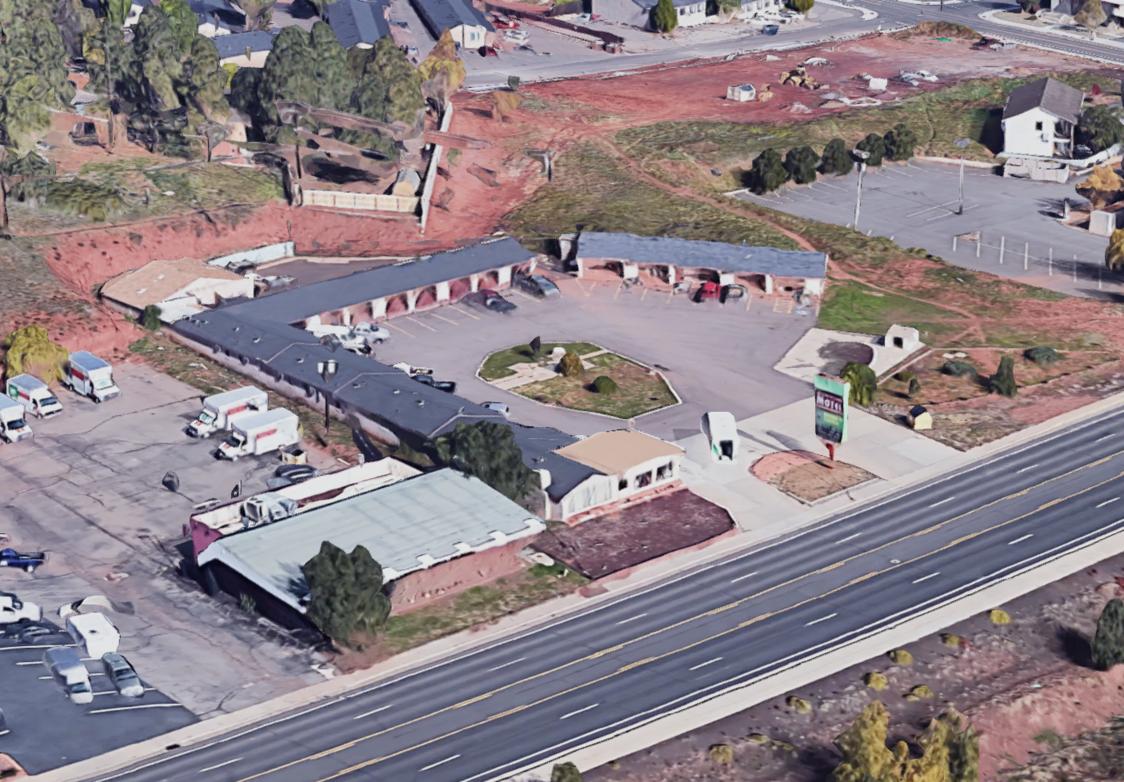 Even the pool and pool house are the same as they were in 1963.

My question's "I doubt it's till there" turned out to be correct, but only by a year.

A search of the local newspaper turned up this article from 30 August 2018: 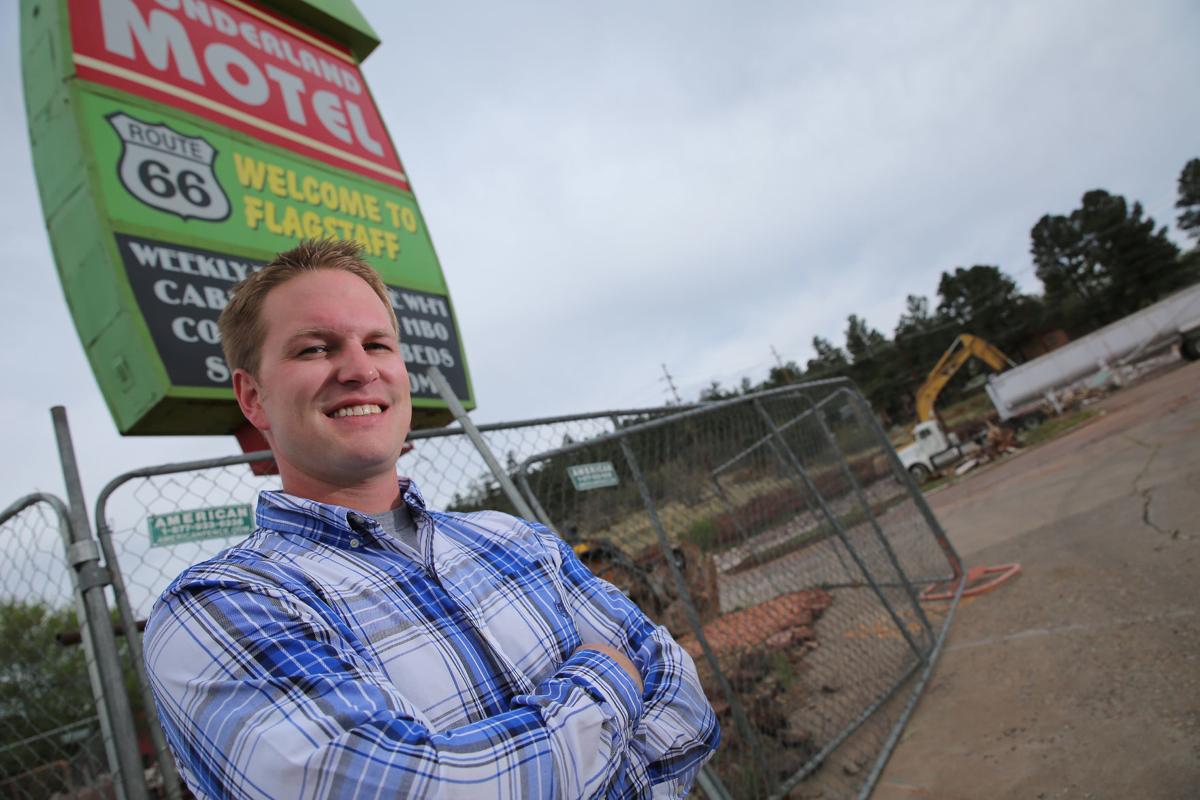 Zach Polston stands in front of what remains of the Wonderland Motel while supervising the demolition of the buildings on the site. Polston used to live in a room at the motel with five other meth addicts. Since then, he has turned his life around, is sober and now works as a project manager for AAA Investments, which is building a new hotel on the Wonderland site.
…
Polston said going full circle at the site of the Wonderland Motel gave him some perspective.

“Standing here (watching the demolition) I feel a sense of closure," Polston said. "I have accepted my past and the things that I have done. I never thought that I would be a part of a project like this in a place that had such negative meaning in my life. It’s a sense of accomplishment that I made it through all of that and that I was able to turn my life around and not continue down such a destructive path.”

“I want people to know that, if they are struggling and stuck, it is possible to turn your life around in a positive way," Polston added. "I’m living proof of that.”
— Former addict builds new future at Wonderland Motel site | News | azdailysun.com

Barstow was an important spot on Route 66, and that's a good reason for you to have the name in mind when remembering the trip to Orange.

The city does have a very old motel (El rancho) which looks pretty similar to this one you have in this picture. However, I could not find any place in town with such a mountain view. See some Barstow pics here.

I think you should not disregard the possibility that this picture could have been taken after crossing the mountains. If you look at the map with a terrain view, the valley near Riversdale has great chances.

The motel in the picture looks small, probably got sold and repurposed, making difficult to identify it from nowadays photos.

If you wish to share this amazing pic and also get some extra guidance to locate it precisely, you could join the Route 66 historic group on Facebook:

Not the answer you're looking for? Browse other questions tagged identify-this california or ask your own question.