I am planning to take a train from Bath to Manchester, but the ticket is cheaper if i connect in Bristol Temple Meads, for 12 minutes. I am a bit concerned that I, as someone who's never been there, might not find the right platform or get lost in the station. So, if someone took this ride before, can you tell me, if coming from Bath, is it easy to connect in Bristol? This is what Google maps say, that it's platform 5: 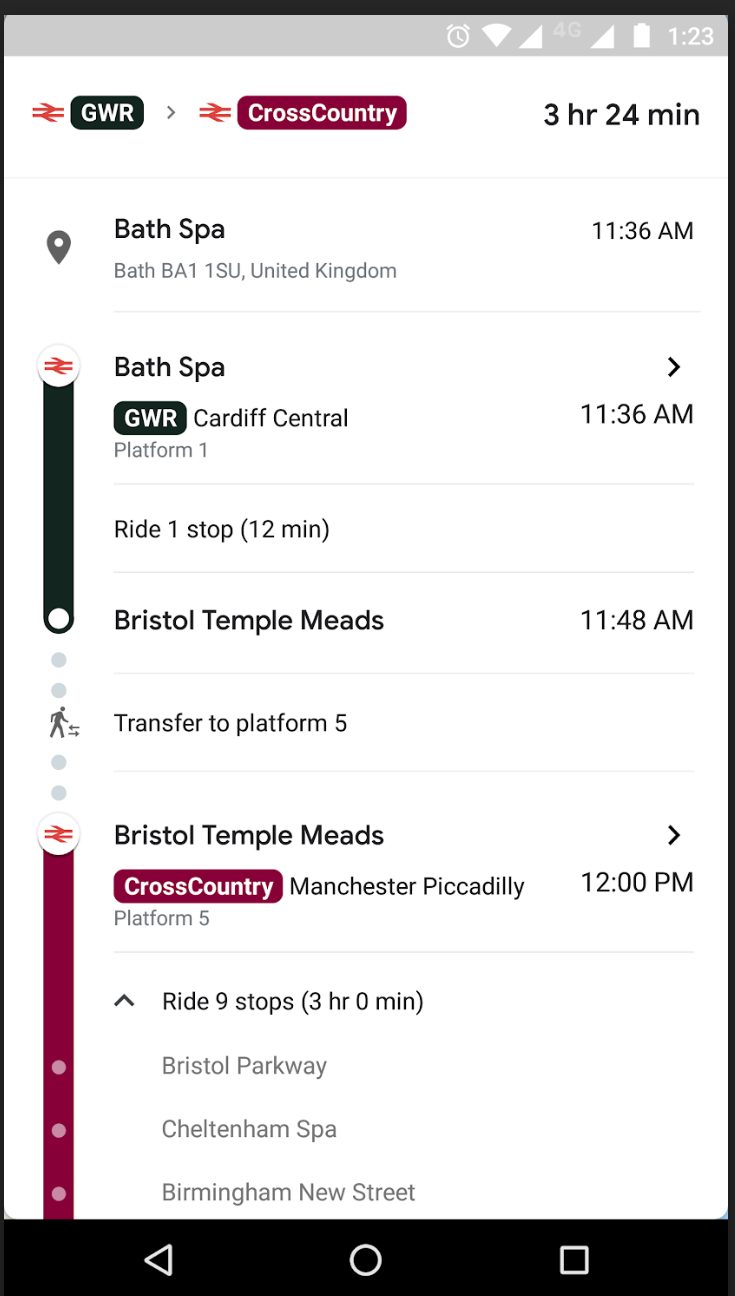 But I don't know which platform I will be getting off the train. Is this connection feasible?

I have been in Bristol Temple Meads many times, though I have not made connections there. Each track has stairs (there are also elevators) down to a tunnel (subway), and you can see signs in the tunnel pointing up to the other tracks. 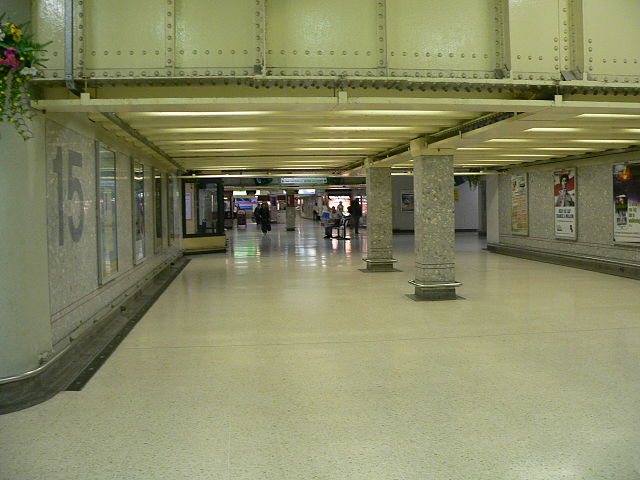 If your train comes in on time, you should be fine; it might take you as little as two minutes to get up onto the other track.

The National Rail Journey planner will let you see if there is another train after if you miss your connection, so you know how high the stakes are. It will also tell you what track you come in on. Here's a shot from a recent trip I took, showing that my train came in on track 15:

This is the train you'll be on from Bath, as it happens. Though it really doesn't matter, this is not a large station.

Is the connection feasible? If you check the station map you can see it should be, there are only four platforms divided by trains and there's a subway (that's just a tunnel, it's just called a subway, to me a subway would be like an underground train but no, this is not a metro) between them. The signs are obvious and hard to miss. Everyone will flow there which also helps.

The reason I emphasized it should but it might not be right now because work is ongoing and the Bath-Bristol Temple Meads train was replaced by a coach just this weekend: https://www.gwr.com/travel-updates/planned-engineering/bristol2019 If that happens, being on time is extremely unlikely especially because there are roadworks on A36... The same is scheduled for Sundays 23 June and 7 July. If your travel is a weekend, tweeting https://twitter.com/gwrhelp or calling +44-345-7000-125 to confirm there is a train and not a coach is strongly advised. GWR doesn't do this workdays, that'd be madness.

Also note GWR sets a trap by putting garbage collectors as you leave the train but don't fall for it, hold on to your tickets until you exit the station. Despite they are checked on the train, they are also checked at the exit and you will be forced to buy a second ticket. On the other hand, CrossCountry is a very helpful company, I only had positive experiences with them.

To add to the other answers, every station in the UK has a published minimum connection time, and the booking engines won't sell an itinerary with a connection shorter than this. In my experience this is always reasonable, provided you're able-bodied and can follow signs. For Bristol Temple Meads it's 10 minutes.

As an aside, if your incoming train is late at all and you miss your connection, you're allowed to take a later train: see point 9.4 of the National Rail Conditions of Travel.