What is this card I got in Taoyuan Airport while I get off the Airport?

I got this card (below) when I was leaving the airplane and returned it when I was queuing for the passport control. It just says to return the card at 'checkpoint' but what does this stand for? Or for what? 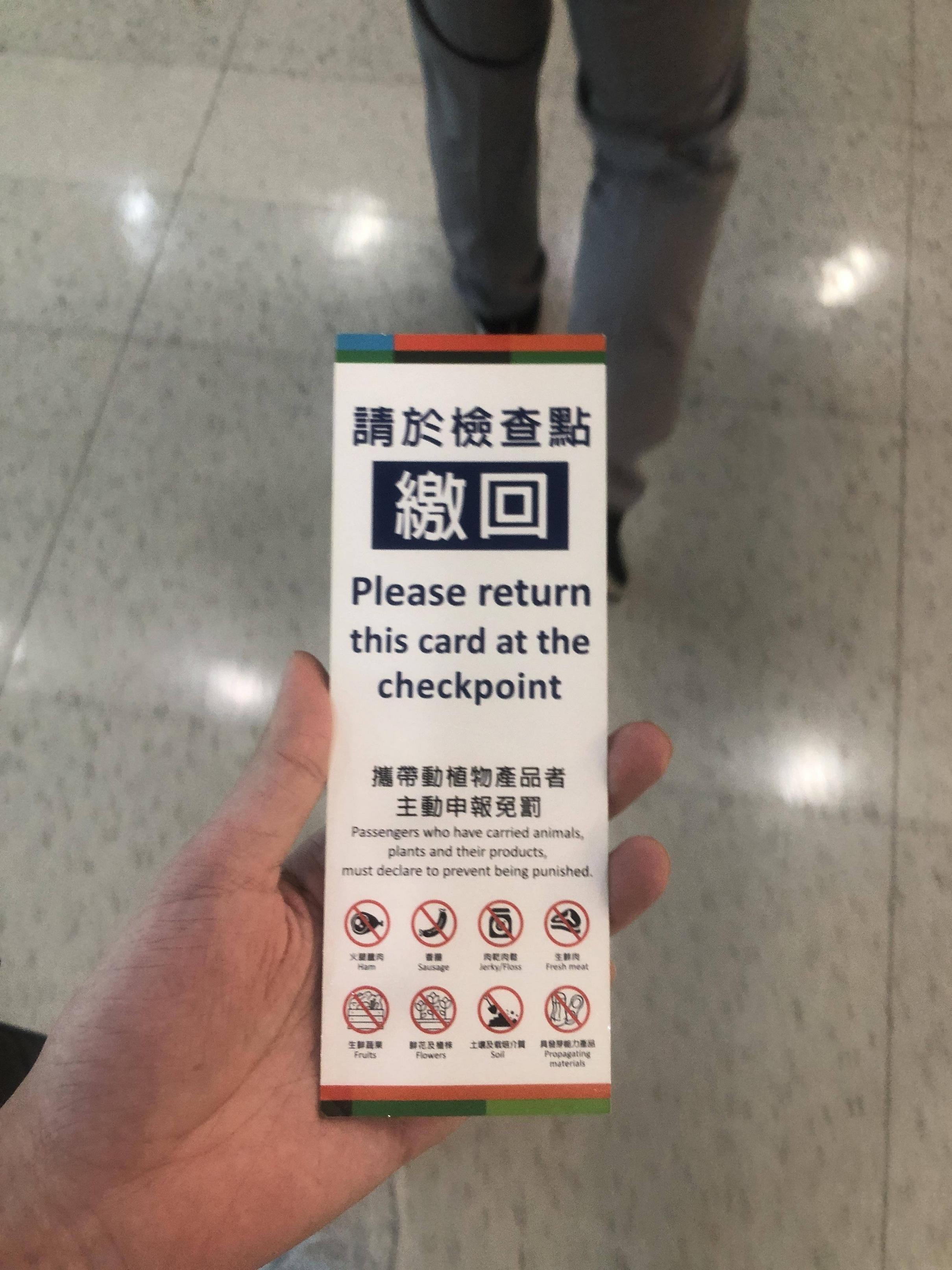 I emailed the Taoyuan airport authority, and this is the reply I received.

To prevent the entry of the African swine fever (ASF) virus, our country implemented a 100 percent check of hand luggage carried by passengers arriving at Taoyuan International Airport from infected area/ country (ex: China, Hong Kong and Macau...etc.). The passengers from non-infected area can take this special card and then can go through without hand luggage check.

Given that the card was given to everyone on the flight, it was most likely a means of flagging your flight as either a high risk, or possibly even low risk, for bringing in goods that need to be declared to customs. The card both reminds you of that fact, but also allows the customs staff to treat passengers from that flight differently.

Depending on whether the purpose of the card is for high-risk or low-risk origins, you will likely find that passengers with the card will either be given more (or possibly, less) attention and questioning at the inspection point as they pass through customs.

The instruction to "return the card" is probably two-fold - firstly it makes you more likely to hang onto the card and not dispose of it, and secondly it allows them to re-use the cards.

Although it does not appear to be the case here, similar types of cards are sometimes used as a mechanism to allow the airport to measure how long it takes people to get through immigration and/or customs formalities at the airport. In this case the card would normally have some form of unique identifier on it, and the airport staff will track the time difference between when it was given to you (ie, when you deplaned) and when it was returned to them (ie, when you pass through the "checkpoint").

In this case the cards would normally be randomly given to a small percentage of people in order to give an average sampling of the time taken. Given that you mentioned that you were split into different groups for people with/without the card, it seems unlikely that is what is occurring here, as that splitting will result in different times for those with/without the cards, which largely defeats this purpose.

Not the answer you're looking for? Browse other questions tagged customs-and-immigration tpe or ask your own question.

8
Leaving Brazil without entry form
7
What is the customs process upon flying into the United States?
8
Who enforces passport requirements for passengers departing the US by air?
1
Return to my country without returning residence card
3
What information does UK Immigration store on EEA entrants?
12
Can I get bubble tea at Taipei Taoyuan airport?