Camping stove on a plane?

Can I bring a camping stove (without fuel) on a (domestic or international) jet, either in checked baggage, carry-on, or some other means?

You can bring it in a checked luggage, just make sure there is no fuel or fuel residue. I do not recommend trying carrying it in a carry-on baggage even if it has no fuel, this will delay you at the security check and most likely they will reject it or maybe confiscate it. If it has fuel smell it will be rejected even if it is in checked luggage.

Please note, fuel is not allowed either in carry-on or checked luggage even if it is in a proper containers. It is considered hazardous material. If you suspect that it has some or even very little fuel do not take it for your own safety and the safety of the other passengers, it is dangerous and may cause a big problem even it is in checked luggage.

Go for a canister propane/butane stove, not a liquid fuel one. I have travelled a lot with my JetBoil in a carry-on bag. 2 years ago they sometimes asked questions and you had to explain there is no fuel inside by design, this year I was asked no questions at all.

When you arrive, buy a couple of fuel canisters in any outdoor store and you are all set.

However, sometimes you just can't buy canisters at your destination (e.g. only petrol or kerosine are available). They you have to use a multifuel or liquid fuel stove. Use one where fuel bottle is a separate part, not integrated into main body. Make sure the bottle is empty and doesn't smell and put it into checked luggage. Bottles do not attract much attention (tried it a couple of times with no problems).

I specifically bought one with this in mind. The stove comes with a handy travel bag of its own. I have no clue how they are called, but I added two photo's of mine. I bought it at a specialized camping shop. Never, ever bring the fuel with you on the plane.

So far I took it with me on roughly 5 journeys in the last 10 years.

What I did so far is bought mainly alcohol as fuel. Before going back, I made sure all remaining fuel residued were burned properly, after which I thoroughly cleaned it with detergent, making sure no smell of alcohol remained.

I was told making small holes on top part of a can would create more or less the same stove and that it is common practice in military training to make these type of stoves out of cans. I never tried that though. 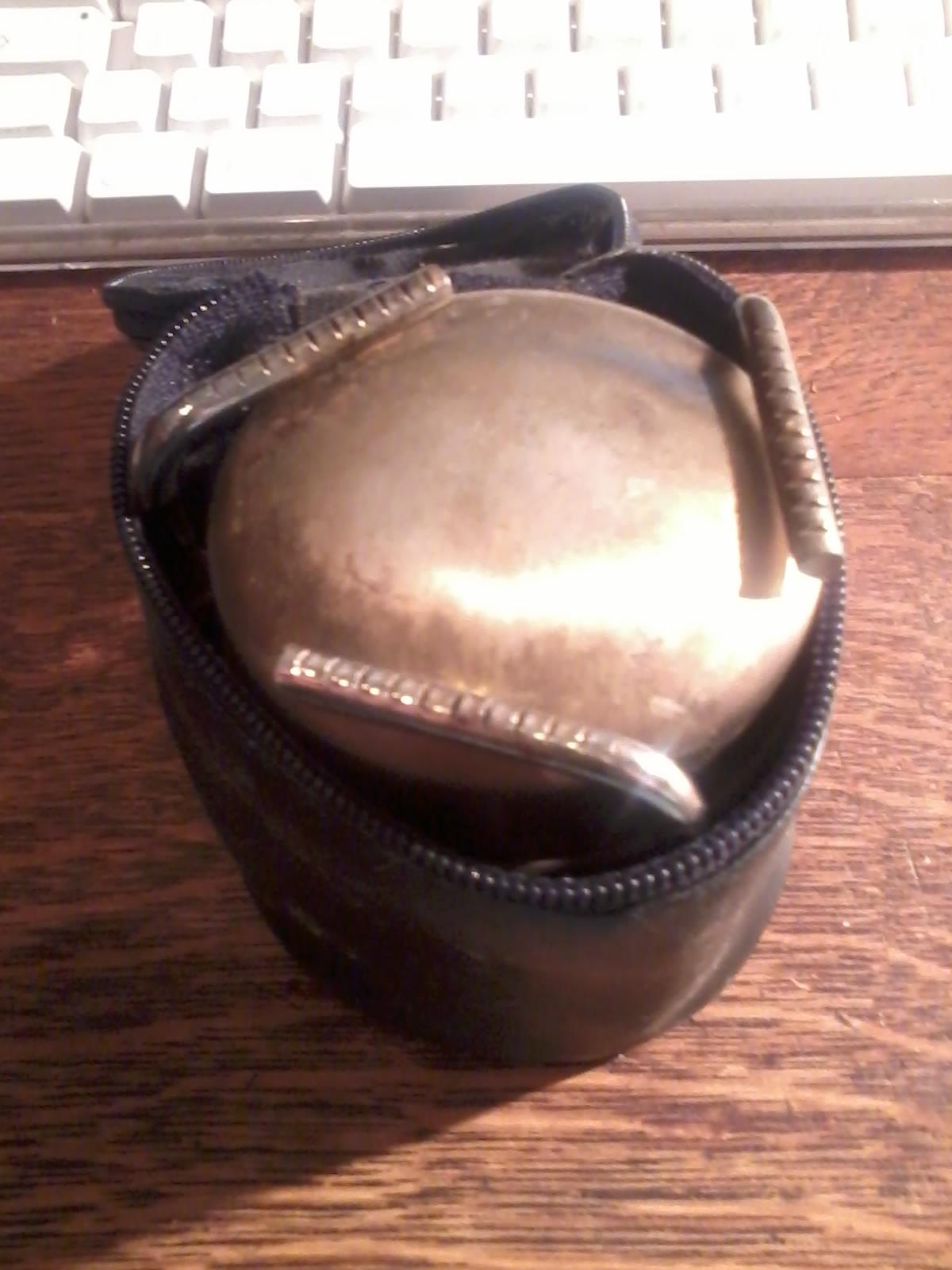 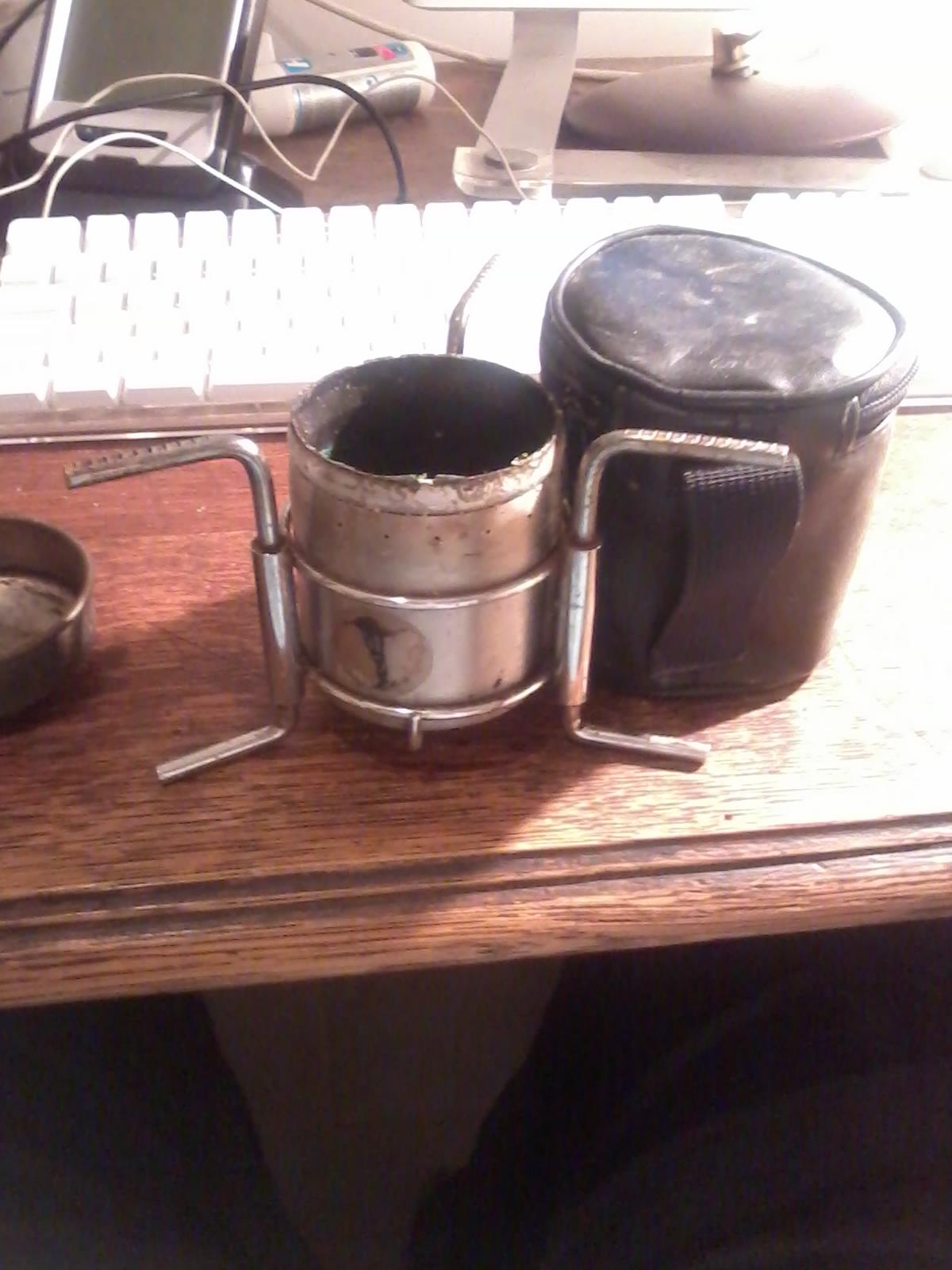 After traveling successfully with canister stoves multiple times, I had my MSR canister stove (the tiny burner attachment, not the fuel) taken away by Jet Blue at LAX from my checked luggage. (They asked me if I had a stove when I checked in and I of course answered honestly). Their regulations apparently prohibit all camping stoves. So don't fly Jet Blue and double check each airline you plan on flying

5
Is it allowed to transport a small gas container, for a camping stove, in the luggage?

5
Is it allowed to transport a small gas container, for a camping stove, in the luggage?
3
Which carry-on rules apply on a domestic leg of an international flight?
6
Air travel with lighters
11
Can I bring empty bullet shell casings (spent ammo) in checked luggage on an international flight?
5
Where to buy camping stove canisters by Oslo airport in Norway?
7
Esbit tablet in planes
3
Can I fly with an empty fuel bottle in checked baggage in Europe (Icelandair, UK→IS)?
1
Carry-on baggage restrictions for United Airlines?
0
Where are carry-on bags checked at gate stored?