In 2018, we (a party consisting of Thai and European citizens) visited Kew Pha Wok where we were allowed to cross the border without showing much official documentation or getting stamped. One person in our party left their Thai ID card at a Thai military post on the Thai side and we were allowed to walk to the Myanmar side.

On the Myanmar side, we were greeted by a person in military uniform with Shan State Army logos on it. The person was very friendly, wanted to pose for a picture (below, not allowed on the Thai side) and we were allowed in.

On the other side was a village where we walked around a bit and then we went back. What is the point of this crossing? Is it just for hopping over for a day's visit or can one actually cross from one country into the other legally with stamps and all? 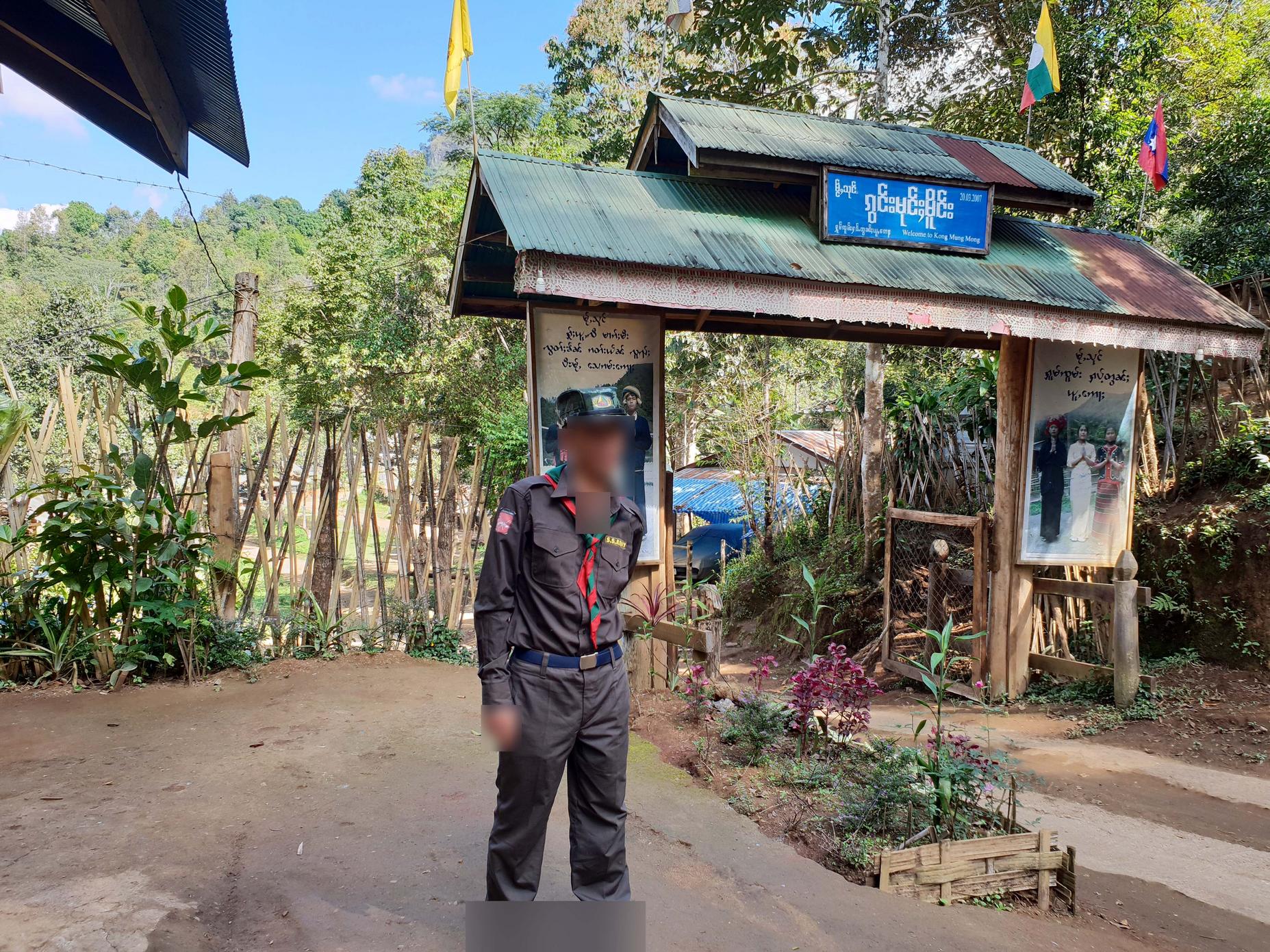 Depends on what exactly you mean by "official", but no, you can't legally continue from there to the rest of Myanmar.

There are only four border crossings open to foreigners between Thailand and Myanmar, and Kew Pha Wok is not one of them: https://www.go-myanmar.com/arriving-and-departing-over-land (not an official source, mind you, but Myanmarese bureaucracy hasn't really twigged into the Internets yet)

In addition, the Shan State Army manning the checkpoint is a militia that is not only not a part of the central government, but has spent most of the last half century actively at war with it (although they've had a ceasefire since 2015). They're obviously happy to welcome day trippers, and Thailand doesn't particularly care who's on the other side, which is why you were able to visit. However, the SSA is not able to admit you into the country on the central government's behalf, and you would be considered to have entered the Union of Myanmar illegally should you be foolish enough to go to a place where the central government does hold sway.

Incidentally, while I can't read Burmese, I suspect the signage at the checkpoint doesn't even claim you're entering the Union of Myanmar: for one thing, they're flying the flag of Shan State, not Myanmar (note circle, not star in tricolor).

Update: All that said, this news article about the checkpoint opening in 2016 implies very strongly that this is a Thai/Myanmar crossing, complete with Union of Myanmar flags. But the line about "representatives from Myanmar" is vague enough that it's still unclear who exactly considers this official...