What is this short middle rail?

Around Paris, Transilien (suburban train) stations all seem to have a few short rail segments between two rails, immediately preceded or followed by an even shorter raised thing. Here's how it looks like: 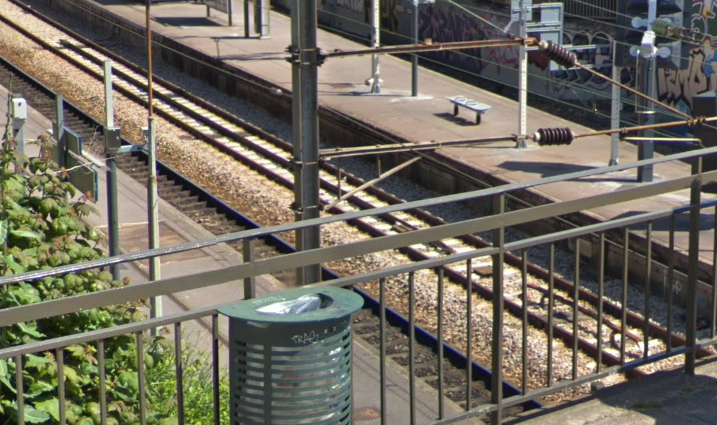 Here's a satellite view of another railway station with the short rail and the raised thing being clearly visible:

It doesn't seem to be guard rails: they are directly in the middle, there is a raised thing before/after short rail, and many of them are in the locations where the trains have little risk of derailment.

What is the purpose of this?

The long rail is actually an antenna. It is used for the EAS system. EAS is the french short for Equipement à Agent Seul, which means "sole-agent equipment". The antenna is used to transmit the video feeds of the platorm's cameras to screens inside the driving cab. The driver is able to remotely close or open the doors while watching for any incident, without the need for another agent. These antennas are used for Paris suburban trains (RER and Transilien), maybe for other trains as well.

Here is a picture with the onboard screens on the left : 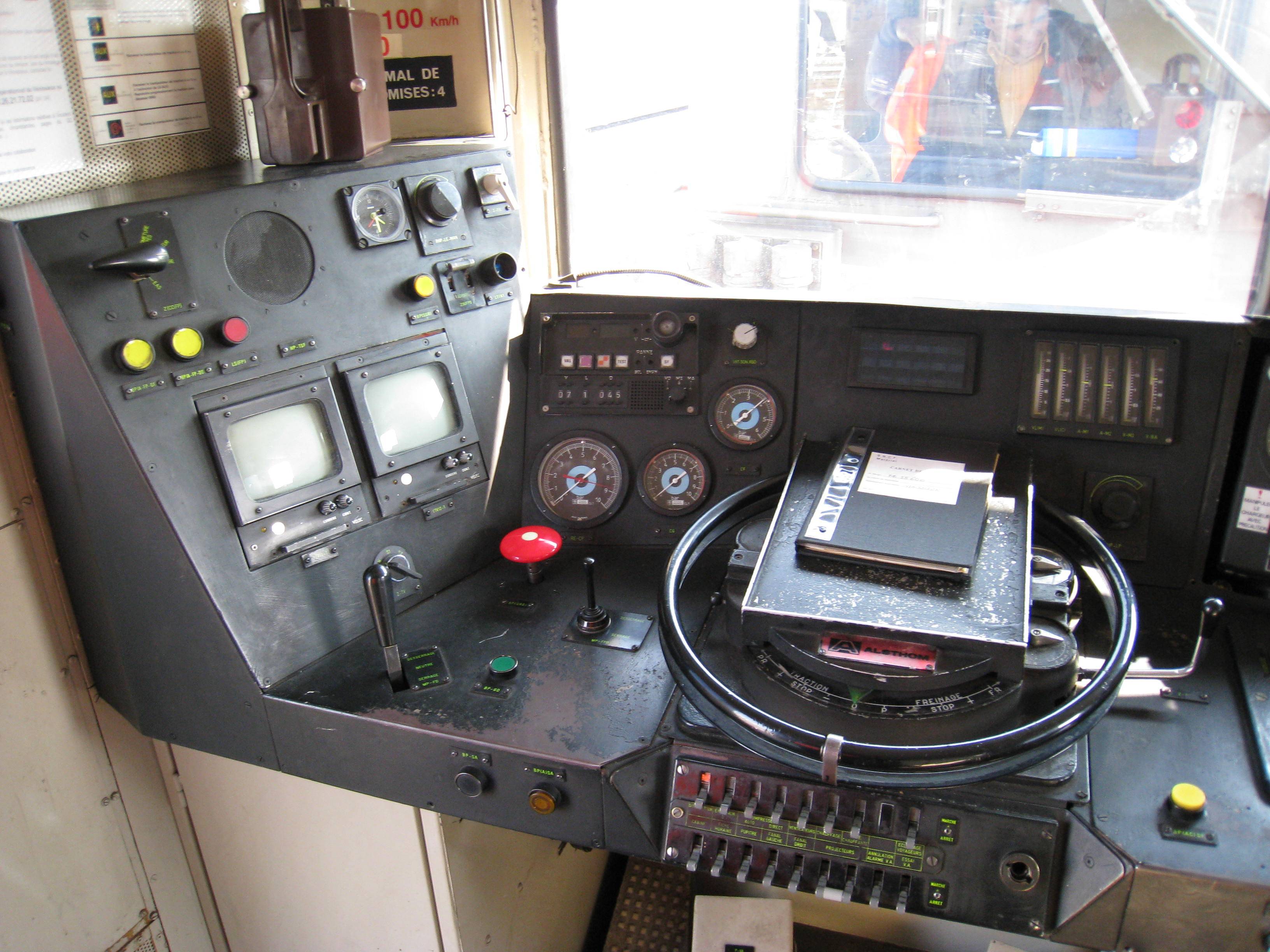 The short one is called a "Crocodile", as said in the other answer. The wikipedia page explains it better than me : https://en.wikipedia.org/wiki/Crocodile_(train_protection_system)

The short one is a so-called crocodile, a piece of safety equipment that transmits signals to the driver.

I'm not sure about the long one.

Not the answer you're looking for? Browse other questions tagged trains identify-this train-stations or ask your own question.

39
What is the use of that Internal rail?

11
Where was this train photograph taken?
13
What building is this?
23
What is this building?
16
What is this flag?
39
What is the use of that Internal rail?
6
What castle is this?
14
What city skyline is this picture of?
9
What city is this on the Apple TV screensaver?