I plan to travel to Bataan, Philippines sometime this year. I know that there are ferry services from Manila to Corregidor but I prefer one that departs from somewhere in Bataan. (I also know there is a ferry from Manila to Bataan.)

I found the following information but these are both old (2011 and 2015). Some sites also mention "renting motor boats" to get to the island from Mariveles, Bataan. I prefer not to do this for safety and security reasons. What I'm looking for is a licensed ferry service like that ones that depart from Manila. Thanks in advance! 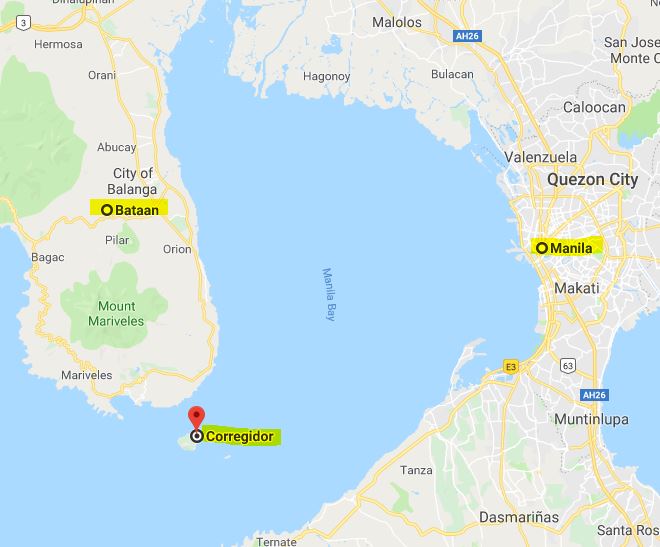 The only guaranteed-to-be-safe method of travelling to and from Corregidor:

If you're ok with less-safe methods that could be less expensive, try:

And here's one thing to definitely not try:

Read on for a detailed explanation of each:

The Sun Cruises [ferry] sometimes goes directly to Mariveles, Bataan [from Corregidor]. If you will be starting at Clark Airport [and don't want] to go by Manila's chaotic traffic, I would suggest Baler, Aurora or Sagada, Mountain Province. These are 2 of the best places [that are good] to go to North Luzon.

However, that information could be outdated and I cannot find anything else online about it.

Further, since the Sun Cruises company has a monopoly on transportation to the island, their services are sometimes subpar. The Sun Cruises ferry from Manila to Corregidor is frequently cancelled (even on the day!) due to a lack of passengers.

This site (this site is also good!) suggests a DIY approach to getting to Corregidor from Mariveles:

However, if you're worried about safety, the pump boats could end up not being your best option:

Those pump boats are not accredited and not equipped to handle tourists. Transporting people to Corregidor is not the main source of their livelihood.

We're far from the safe options now, but there are still other ways to get there. If you're ok with breaking the law (of course you're not! However, hypothetically, if you could entertain the idea), there's another option: fishermen's boats.

The fishermen are use[d] to being approached [regarding their] brightly painted traditional but motored outriggers. [The quoted cost] is 3500php for groups of up to 8 people. [This is truly] an authentic experience, [but it's] no luxury cruise: don't do this [if you're] injured. [I found it fine even] in adverse conditions [that the passengers] are subject to in small unsheltered boats. They give you life jackets for a reason . The fishermen crew will wait for you to return in 4 to [6] hours: they like to return about 3 or 4 pm.

However, note that this is at least somewhat inadvisable: if you intend to take this route, note that (as per the same site):

Thus, I add this option not as a truly viable one but so that if you ever want to go to Corregidor you know to not choose this option.

Not the answer you're looking for? Browse other questions tagged ferries philippines sea-travel islands or ask your own question.

28
Is it possible to get from the Philippines to Taiwan to Japan (or the reverse) without flying?
15
How to get to Christmas Island?
9
Is it possible to travel the route Kamchatka-Kurils-Hokkaido alone at the end of Sept-Oct?
12
Which routes are possible from anywhere on peninsular Southeast Asia to The Philippines without flying?
3
Cheapest way to get from Athens to Hydra by ferry
13
Is there a ferry running from UK to Scandinavia?
8
Are there ferries or boats I can take between Kinmen and Matsu or between Kinmen and the main island of Taiwan?
5
Is there any way to reach the Neuwerk island from the German mainland?
1
Ferry from Phuket to Koh Lipe