An American driving in Europe — what to learn? [closed]

I've been driving over 20 years, but never outside the US. European driving is quite different, I hear, both rule of the road and other drivers' habits. If I was to drive in Europe what should I learn and how? Is it possible to take a "European Driving" course while still in US, so that I would arrive to Europe ready to rent a car on the 1st day? By "Europe" I mean continental EU, Germany and neighbors, not the left-side-of-the-road UK.

I've driven for many years in the US and also gone through the process of getting my driver's license (again!) in the Netherlands. The below is based on my experience and there are some subtle differences between countries so beware.

The other answers touch on some common things, but the single most important difference is in right-of-way. In Europe, they rely much less on stop signs and stoplights to regulate traffic. Instead, they rely more on traffic circles, "shark's teeth" and right-of-way rules. There are some other things as well.

There are two major forms of traffic circles: standard ones and "turbo" ones. Standard ones are the usual ones where one could potentially drive around them indefinitely. Turbo traffic circles may have one or two lanes for traffic entering from each side and do not permit making a full trip around the circle. Instead, one lane typically allows exiting to the right or straight across the circle, while the other permits exiting straight cross or 3/4 of the way around.

The right-of-way rules take the most time and practice to get used to. There are two important aspects to this:

When there are no stop signs, yield signs or yellow diamond "right-of-way" signs at an intersection, then you must yield to the person on your right. These types of intersections are most common in residential areas. It is often difficult to know if someone is coming from the right unless you actively slow down and look carefully to your right before entering the intersection. It is important to do this though as cars coming from the right WILL expect you to yield.

Other Differences of Note

Traffic cameras. Many common traffic violations (speeding, going through red lights) are monitored by traffic cameras rather than patrol cars.

Speed limit signage. Speed limits in Europe are more complex. There are 3 areas where speeds are governed by "global limits" for that class of road: this is within built-up areas, on expressways and on motorways. If there is no explicit speedlimit in these areas, then the speedlimit is the national limit for that type of road. For example, in the Netherlands unless otherwise posted, the speed limits for a built-up areas is 50 km/h, an expressway is 100 km/h, and a motorway is 130 km/h. The key thing is unless otherwise posted. The European way is to "cancel" the previous explicit limit, which means the global limit for that class of road applies. Note also that each country has its own limits for these three classes of road, which, unhelpfully, is only posted when you first enter the country.

I'm not aware of any course in the US that teaches you all this. In practice, I think the most important thing to be aware of will be yielding to those on the right in residential areas. You can comfortably practice this around your own neighborhood in the US.

Do not pass on the right.

Learn the right of way rules.

Here is the US military driving manual for Germany. It comes the major rules and if followed will work for almost everywhere in Europe.
http://www.usareurpracticetest.com/germany/documents/manual.pdf

In some European countries there some things that are compulsory to carry in the car. Check for each country you're visiting what's required.

Confirm what's provided by the hire co. and what you need to source.

Right-of-way rules are extremely important because everyone else drives as if you were going to respect them too, so it is easy to get into an accident by not knowing them. Other answers are covered this in great detail.

It is also important to know the default speed limits for the cities and between cities you will be travelling. The most puzzling sign I found in Denmark was a red circle with a bar over a number. This indicates that the shown number is no longer the speed limit. No units are specified but this number is in km/h instead of mph as in the US. The main point though is that the sign tells you what is not the speed limit but not the new limit. Instead, you return to be within the limit for the type of road and area (city-center, residential zone, intercity road) and, indeed you must know what that is.

Actual speed limit can be complicated. In Iceland, the sign is a matrix which I never managed to read entirely before passing! In one dimension, the type of vehicle is shown, in the other, the type road. The speed limit is the number, in km/h in the square which corresponds to your situation.

The wrong-way sign is a red circle with a white horizontal bar in it. This is seldom seen in the Americas. 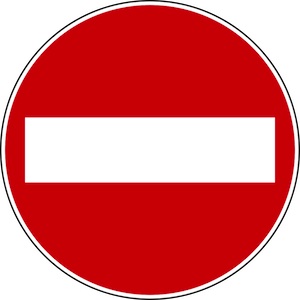 Same for the no stopping and no parking ones: 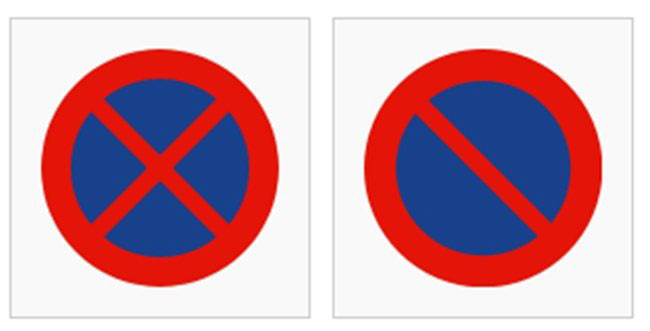 Parking in Europe is vastly different from North America. The rules can be complex and local to some city zones too. In one place, I think it was Akureyri (IIRC), we had to buy a paper parking meter place in the car and manually indicate the marked time on it. Other places have sidewalk colors and I've many places where people parked partially on the sidewalk (although this might not have been legal). Going with the flow ensures you be no worse than the average but that won't make it legal in Europe. In contrast, California has laws that make following the flow a legal requirement in some cases!

While I visited 25 European countries, I have driven in 20 of them, relying on trains for the other 5, so I have a variety of experience driving, although based on so many less common rules, I'm sure to not have gotten everything 100% right. In the US, Canada, Ecador, Peru and Brazil, I have driven thousands of kilometres and the rules there a closer to those in Canada (Where I drove regularly for the best part of 30 years) and the US.

Road safety and traffic rules differ within the EU

Road safety and traffic rules differ within the EU, see an official page for this, going deeper in each country-specific one. BTW main rules are common.

Main differences I can recall:

Se the answer by @canonacer for more information.

I've been living in Austria and driving in Europe for 15+ years now and have some experience with driving in the US.

The only practical differences I can think of are:

Cycling is a thing in Europe and not all cyclists follow rules.
Motor cycles are also common and their riders do sometimes also not follow the rules.

But the most important thing you have to learn is the odd road signs you will encounter. Almost no texts, which may come in handy as if you don't speak multiple languages, but lots of pictograms which slightly differ from country to country.

As you specifically asked about Germany, as an example which may come surprising to you, take this sign: 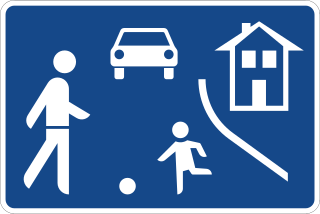 A friendly place, isn't it? So, could anything bad happen here? Yes, because this sign indicates a living street and speed is restricted to 5 km/h. Parking is also restricted, and you have to yield to traffic when you leave it again. Failure to do any of this will lead to a fine or even worse, an accident.

Not the answer you're looking for? Browse other questions tagged europe driving driving-licenses or ask your own question.

12
What should someone from the US know when driving in Italy?

18
Overtaking regulations when driving in Europe
11
Driving in Ireland and Northern Ireland
43
Are drivers from mainland Europe likely to end up in an accident when driving in the UK?
10
Are US / European driver licenses accepted in India?
5
Driving in Chile with a Canadian N license