I saw several of them around Paramaribo, Suriname. Left side looks kind of like "vehicles not allowed" and the right side like "parking prohibited" signs, but there was plenty of cars riding and parking behind the sign. 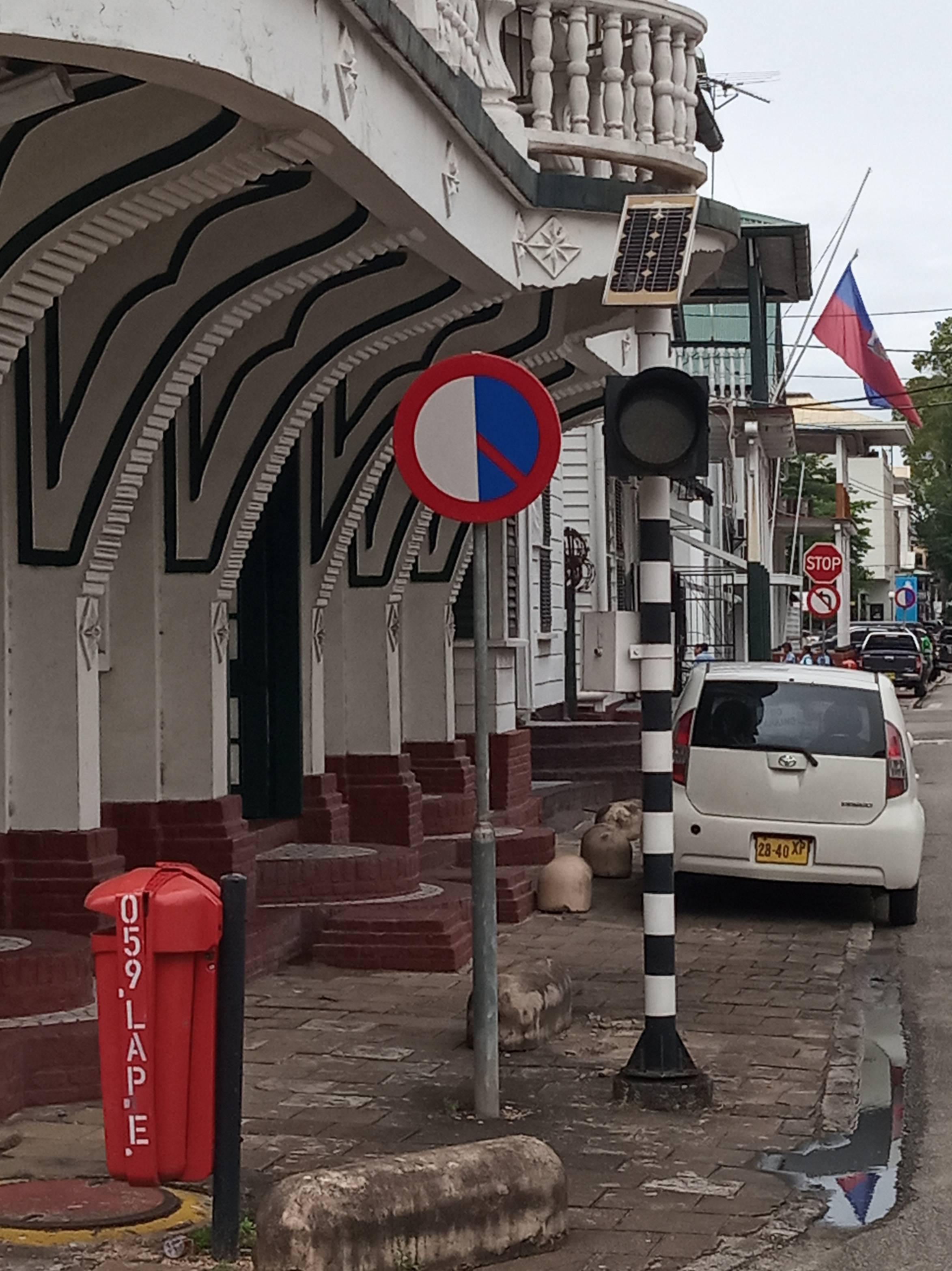 The meaning of this traffic sign is: parking on the right side of the street is prohibited. Apparently the left side of the sign is intended as being empty, so it has no meaning.

The OP's image is of the Mr. F.H.R. Lim A Po street. This helped in finding a police announcement of August 28 2018 about the placement of new traffic signs, in which the following is stated in Dutch: 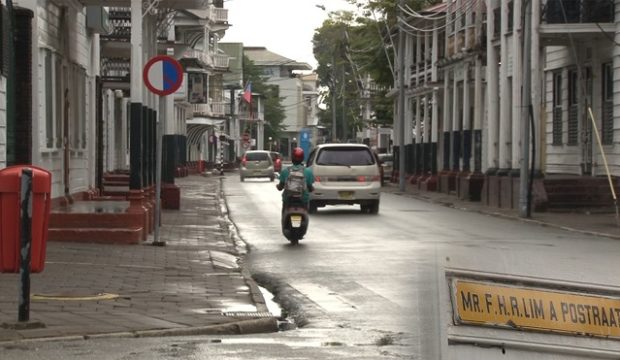 These traffic signs indicate that there is a parking prohibition (officially called waiting prohibition) on the right side of the Lim A Po street.

40
What does this road sign mean? (Germany; red circle and X on a blue background, with a right-pointing arrow.)
20
What is a "Truck Zone" in the United States?
6
What does it mean when a tractor-trailer flashes his brights on a US highway?
14
right-of-way - merging vs. oncoming traffic in Pennsylvania
9
How to safely turn right in Thailand
53
What does this British road sign mean?
4
Driving priority with a side road of different type surface
4
Who has priority in this UK road junction?
8
Where in China is this recreation of Paris and the Eiffel tower (as seen in Jamie xx's Gosh video) and what is it like today?