One ticket, two airlines, bags not checked to final destination

Who is responsible for compensating me for my rebooked ticket to Istanbul? 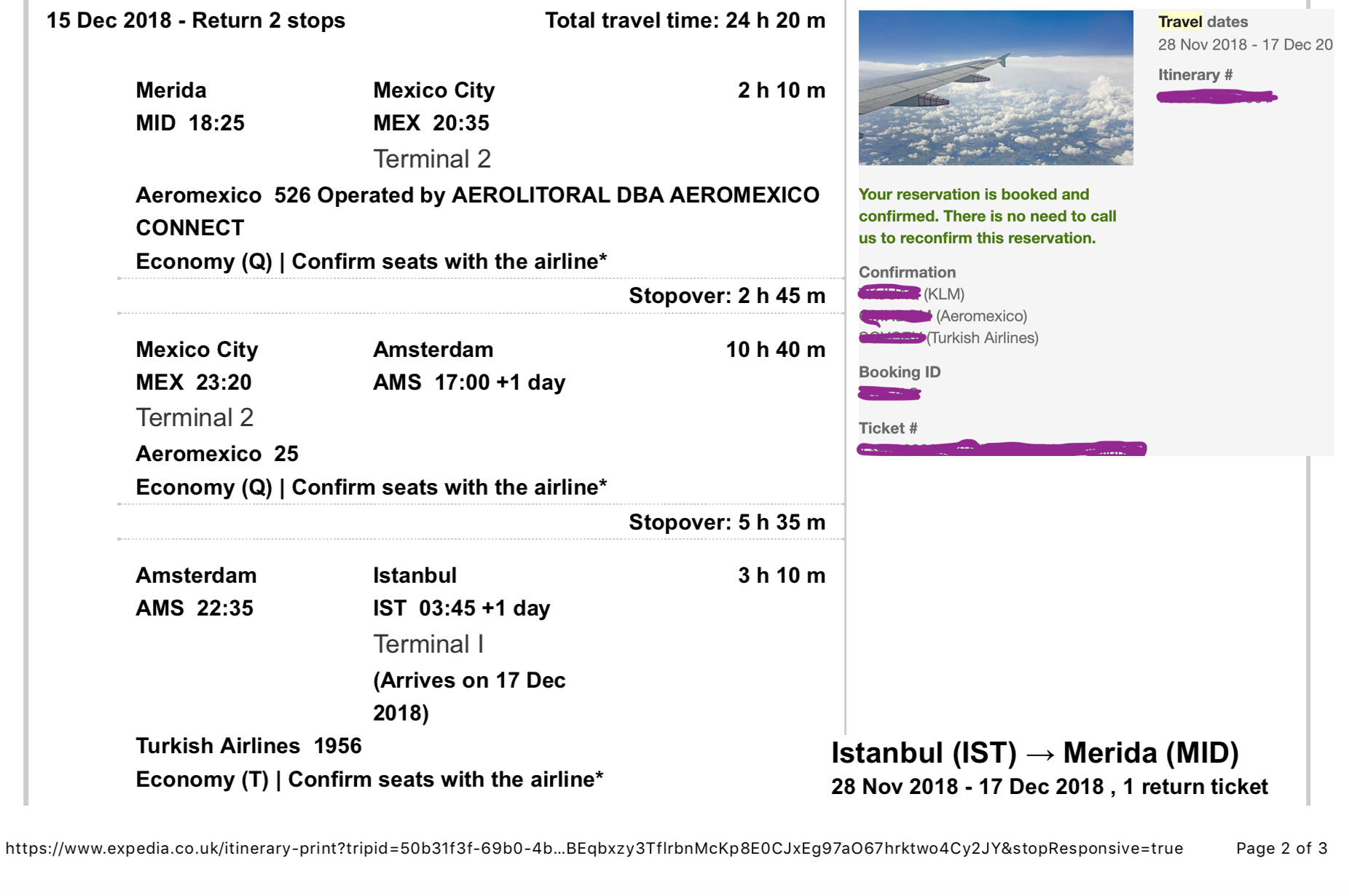 My return ticket(see attachment) booked through Expedia UK on a single itinerary was on two different airlines. Aeromexico agent would not check my bag from Mexico through Amsterdam to my final destination...Istanbul, Turkey, on Turkish Airlines. He said they were not parter airlines. The flight was diverted and late arriving to Amsterdam and I had to pick up baggage to recheck on Turkish airlines (through passport control etc).Consequently, I missed my flight to Turkey and had to purchase an expensive ticket next day to get home. Expedia did not disclose on the ticket issues with two different airlines, but says Aeromexico is responsible. Aeromexico says they are not responsible to refund a flight on a different airline that it is Expedia UK's problem.

Browse other questions tagged luggage international-travel or ask your own question.

19
Can I through check my bags on separate bookings (international flights)?
15
Is it possible to buy a ticket where the luggage cannot be checked to the final destination?
5
Travelling from Delhi to Dubai to Istanbul (Turkey), staying at Dubai airport only for 7 hours: Do I need a visa for transit at airport?
6
Turkish Airlines Baggage Allowance
1
Time to Recheck Bag?
2
Skipping the final leg of the flight on Turkish Airlines - how to get luggage out?
1
For a domestic-to-international flight, will I need to claim luggage?
1
Istanbul to Mumbai on single ticket
0
Flying from Beijing to Istanbul through Amsterdam in mid January: if the flight is cancelled, what are my options?