Does anyone enforce the 23kg weight limit and 1 baggage per passenger in the East Rail MTR Line in Hong Kong?

I saw in the East Rail MTR Line in Hong Kong: 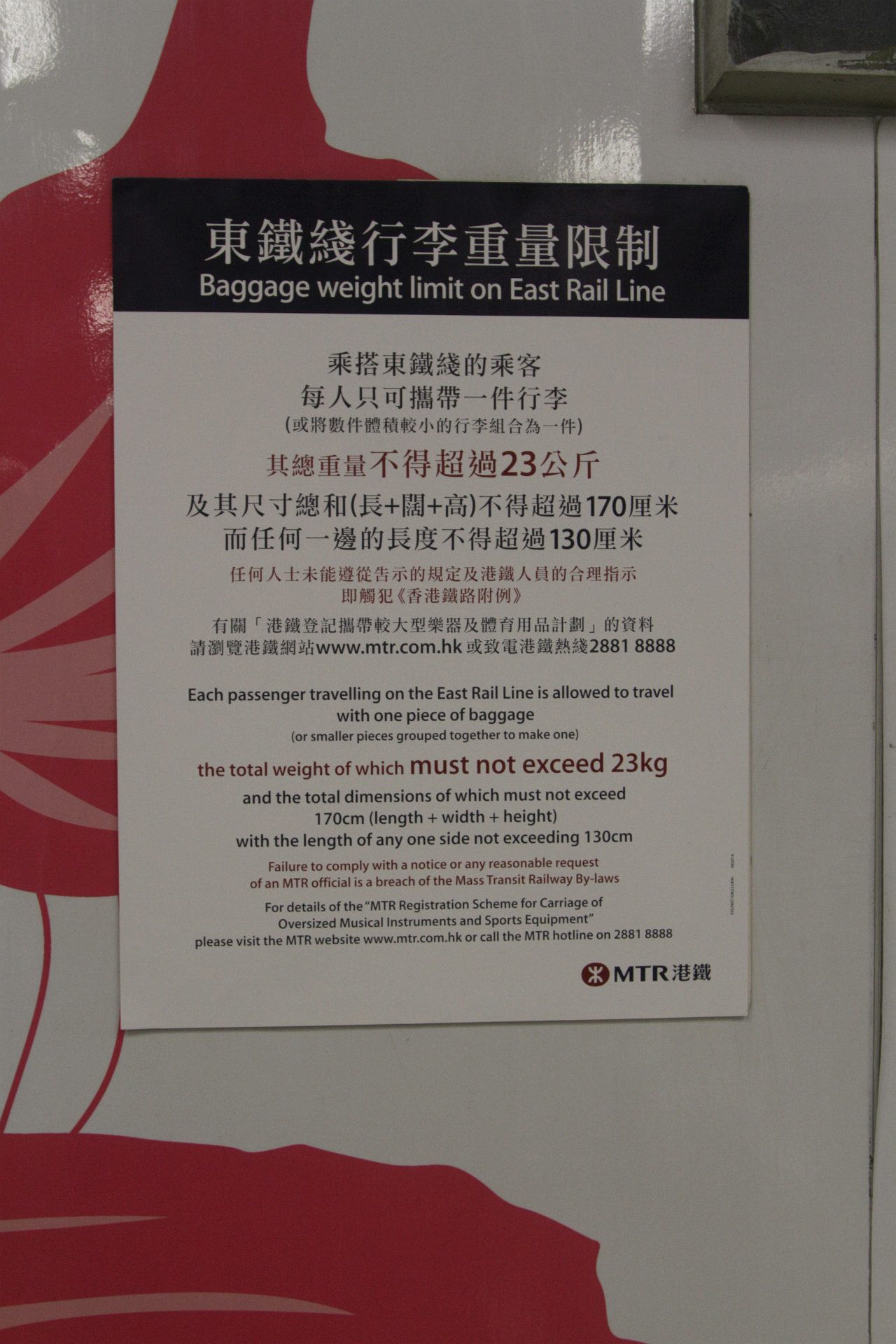 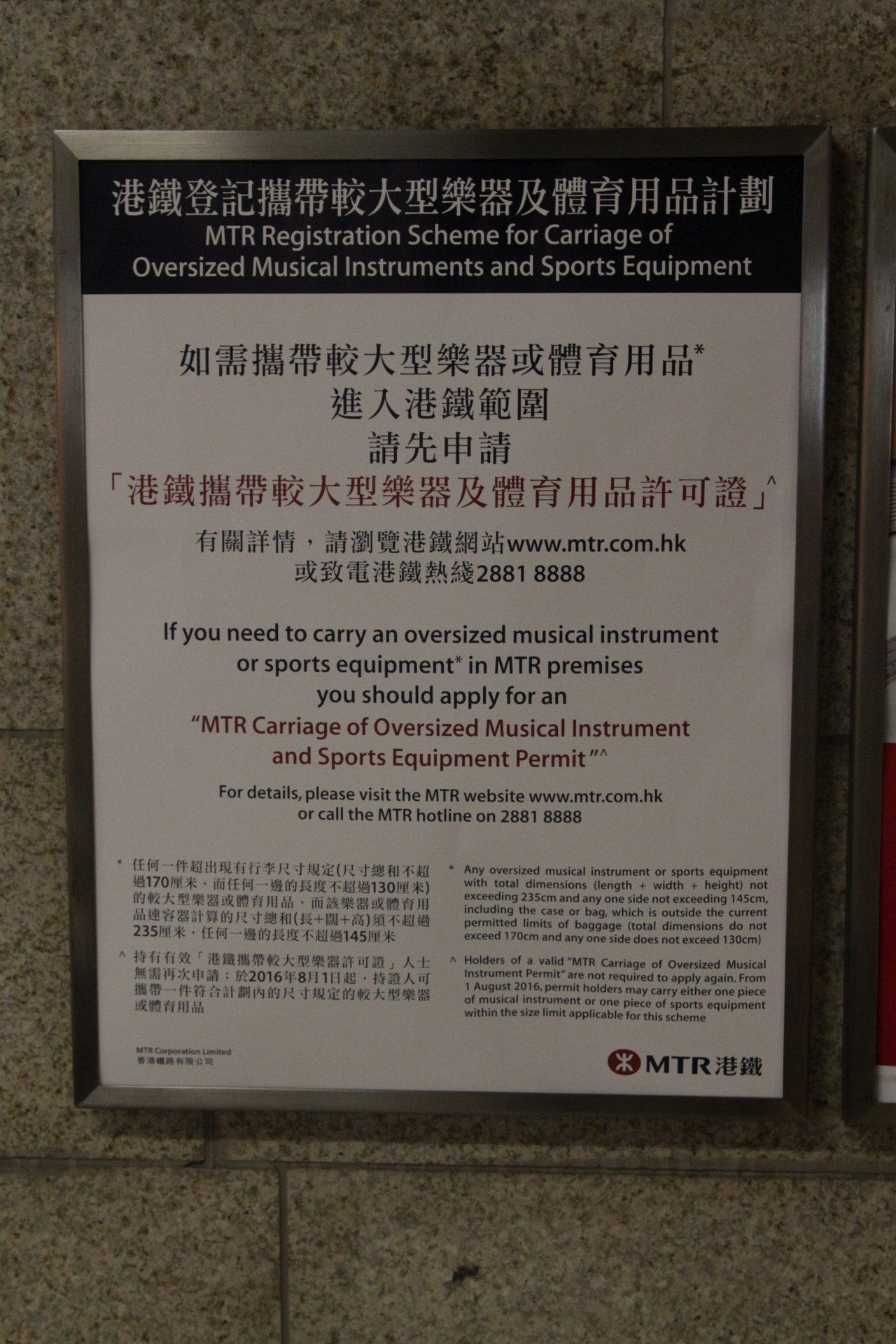 Does anyone enforce this 23kg weight limit and 1 baggage per passenger in the East Rail MTR Line in Hong Kong? E.g., would 2 baggages and/or a ~30kg baggage be typically fine?

Short answer: Yes, the MTR by-laws are enforced by staff in the MTR by-laws enforcement team (附例執行組) and by-laws inspection unit (附例特檢隊). In most of the cases, these two units only target those whose baggage is obviously oversized or overweight, if they decided to focus on baggage rules on that day (but don't count me on that). However, if they decided to give your baggage an inspection, they could be extremely strict on the limit.

All MTR by-laws are enforced by staff in either the MTR by-laws enforcement team, or the by-laws inspection unit, as confirmed by the Government's response to a Legislative Council member's question:

While these officers are most seen fining those who boarded the First Class in East Rail Line without the right tickets, they do enforce a wide range of by-laws, as evident in the following job advert for a by-laws inspection lead (Chinese only), or a Customer Services and Revenue Protection Officer (note as it is a live posting, the link will be taken down soon):

The advert for the by-laws inspection lead mentioned baggages in particular (translation mine):

Do these people actually work?

Yes, according to South China Morning Post (SCMP, a broadsheet newspaper, despite the very clickbait-y title), a fair number of prosecutions are made for offending the by-laws in 2015 for bringing baggage that does not comply with the rules:

Last year, a total of 2,643 prosecutions were made against passengers for breaking the MTR’s bylaws. The second-most broken rule, after failing to pay the MTR fare, was bringing prohibited items onto the train—most of which are classified as either too large or too heavy. Bylaw 27(a) prohibits passengers from bringing luggage onto the train that could potentially cause injury to others, or cause a nuisance.

The cello incident caused an outcry among the general public, especially MTR was seen back then not doing enough to address the parallel trading activities and the nuisance it brings to the local community, e.g. in the Northern District.

This leads to the implementation of the baggage weight limit on the East Rail Line, and the Oversized Musical Instrument Permit as photographed by the OP in the question:

Also last year, the MTR carried out a trial scheme where passengers could register for an Oversized Musical Instrument Permit. This allows musical instruments up to 145 centimeters long to be carried onto the train. (SCMP)

Do I have to worry too much?

No, unless you are doing something visibly outrageous. On the other hand, look out (and plan) for officers having a bad mood on the day.

To support this argument, let's put the numbers in perspective. As mentioned above there are ~2,000 prosecutions in a year, of which at most a half (as it is the second most popular offence) are baggage-related, that is around 1,000 a year.

This is an order less than those who have to pay a surcharge for travelling on the First Class without the right tickets, which does not lead to a prosecution if you pay up. From the Government:

From 2008 to the first quarter of 2010, a total of 22,202 passengers paid a surcharge of HK$500 in accordance with the MTR By-laws and Conditions of Issue of Tickets for failing to produce a valid ticket while travelling in First Class compartments.

This means those who enforce the by-laws tend to pick the low-hanging fruits, namely those who don't have a valid ticket for East Rail Line First Class, and hot spots for oversized baggage. Indeed, I have only seen the enforcement teams outside First Class and the adjacent platform area a couple of times during years of travelling on the system.

As a result, in practice if you are not seen (by a staff, or a concerned member of the public) carrying baggage of visibly outrageous quantities that could cause a nuisance to others, you should be fine. Of course, be warned that in the unlikely case that an by-laws enforcement officer decided to enforce that particular rule, they can go very strict as reported by the SCMP article.

@Willeke has noted that one can combine multiple baggage into one to comply with the notice:

... to travel with one piece of baggage (or smaller pieces grouped together to make one).

...so two is fine as long as you can handle them. The same can be said regarding the weight of the baggage.

Not the answer you're looking for? Browse other questions tagged trains luggage public-transport hong-kong or ask your own question.

4
Do the Hong Kong metro lines have numbers?
3
Baggage limit for Cathay Pacific Airlines flights ex North America
3
Confused about Etihad baggage policy
3
Lots of Muslim headscarfs on a Sunday in Hong Kong
1
What's the minimum allowed free luggage for an Argentinian internal flight with LATAM Airlines?
2
What qualifies as a “light personal hand baggage carried inside passenger compartment” exempt from the 6 HKD charge when taking a taxi in Hong Kong?
9
Where can I find up-to-date, online information regarding the early closing time of the MTR in Hong Kong?