When is it unacceptable to use accessible/disabled toilet stalls?

While traveling around the world, one will often stumble upon bathrooms for people who are physically disadvantaged: 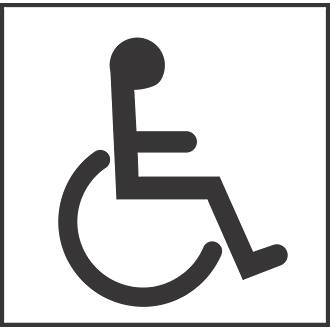 Here in North America, I wouldn't think twice before using these bathrooms, as I presume they're meant to be accessibility-friendly, rather than accessibility-exclusive. Likewise I've always used them without issues in Central Europe.

But are there countries or particular locations where using such bathrooms is impolite or outright illegal, similar to how accessible parking works?

Question inspired by my answer to a related question.

In the UK it is the social norm to not use these facilities without urgent or specific need.

As in the linked question; if there is no queue, then the dichotomy need never arise, so this only really applies when it's busy.

I know of no hard & fast rule, but etiquette says that unless you have some particular urgent need, then you will queue for your own gender-specific toilet rather than take the empty 'disabled' one.
If someone were to use it, one would at least expect them to make some excuse or look apologetic. Their peers in the other queue would be their moral judge, even if no-one said anything out loud.

I imagine someone not visibly disabled will by now have learned how to not be discomfited by that 'moral judgement' & know how to handle it.

I, personally, once had to do it in a busy London railway station where the normal gender-specific facilities were already busy. I needed to completely change my clothes [because of a job I had been doing in the station itself. I had been briefly given a hotel room to change into... but not out of the costume I had to wear]. I needed the space even more than the privacy, so it was my only option. I felt uncomfortable the entire time, even though I felt I was justified that one time in using it.

Some buildings don't have three-way facilities, so the rules there would change to be the same as any single room facility.

In reference to something I just noticed from the comments under the linked answer - in the UK the 'disabled' or to give it its truly nerve-itching official politically-correct title - the "semi-ambulant toilet" - is usually [though not absolutely always] a separate room, not merely a larger stall in an otherwise shared facility.
It is completely private, enclosed & self-contained, accessible via a 3rd door, with its own washing & drying facilities. It sometimes, but not usually, has to share as a mother & baby room, but usually that would only be in smaller, less-frequented establishments.

33
Can I use a priority seat if it is vacant?

351
OK we're all adults here, so really, how on earth should I use a squat toilet?
51
OK we're all nerds here, so really, how on earth should I use a Japanese toilet?
12
How to use Turkish toilet tap?
16
How on earth can I use a Canadian toilet without splashing myself?
10
Services to help disabled travelers when travelling, eg with accommodation in Canary Islands and travel from Russia
47
How to use toilet paper
27
We're all adults here - how to use a squat toilet if you have trouble squatting?
47
Why can't we use the toilet when the train isn't moving in some countries?
3
How to use dual flush button in toilet?
7
How can physically disabled people who aren't flying first or business class use the lavatory on a Lufthansa A340-600?