What is комфорт and why is it cheaper than not комфорт?

Looking at trains in Russia, I've found that for the same class, комфорт is cheaper than a ticket not marked as комфорт:

In both 2nd and 3rd class, the option with комфорт is the cheaper alternative. But from the word, I would expect it to be more comfortable. I thought it might just be a quirk due to some travel classes being sold out, just like how one sometimes find 1st class cheaper than 2nd class on the Thalys, but I checked several other dates on this route, and on those dates комфорт is also cheaper. What is the difference and why is комфорт cheaper?

In fact there is a bit strange issue that "non-comfort" class is more comfortable than "comfort" (the screenshot from Russian ticket site rasp.yandex.ru at the bottom). It says that in 2Т class there are meal, toilet with shower, TV set included and it costs 7.269 RUB for upper place. While in 2Л class there isn't any meal included, so it costs for 445 RUB less. 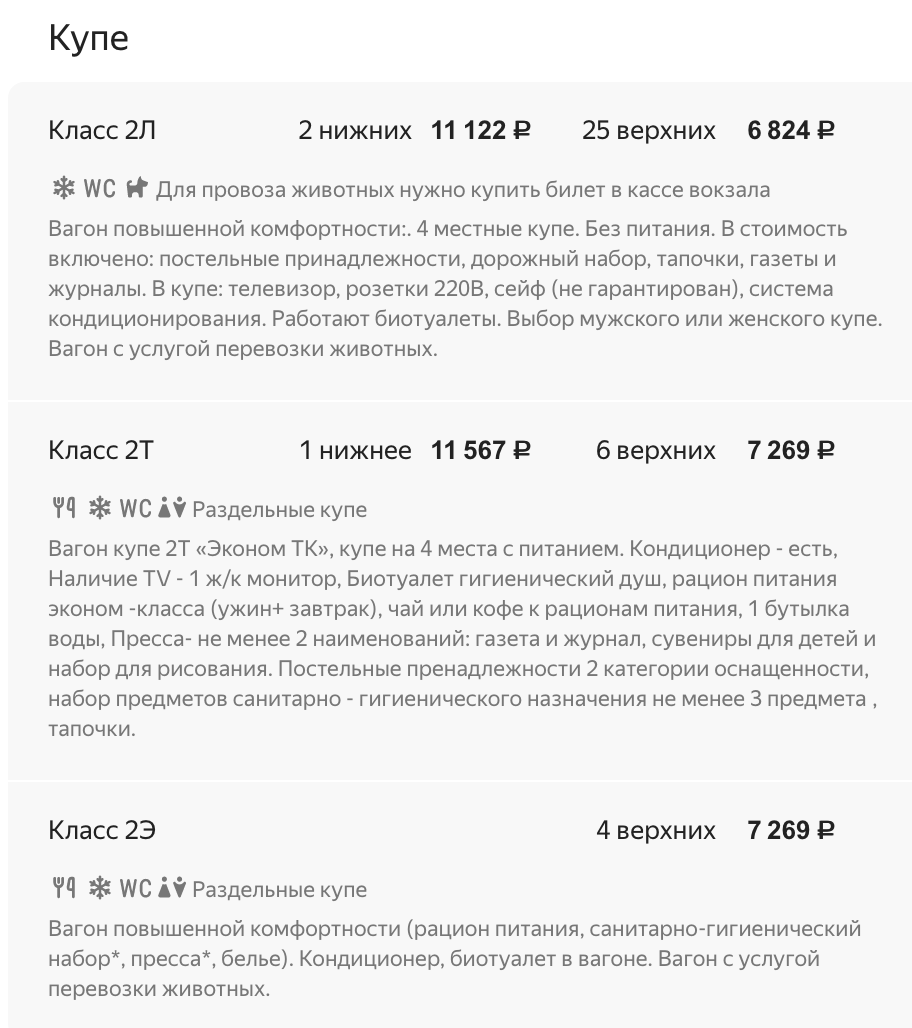 It could possibly be:

I can confirm that комфорт means comfort

0
Can I pre-order a meal on a Russian train? How?

9
Can you buy Eurostar Brussels-Lille tickets on the day, for the same price as in advance?
5
TGV from Strasbourg to Paris is cheaper if starting from Karlsruhe. Why?
59
Why is it sometimes cheaper to fly within the UK than taking the train?
10
Why do almost all international trains to Russia show as sold out?
14
Etiquette when sharing a sleeping car room with stranger in Europe
1
Glasgow to Lochranza (Arran) - cheapest way to buy return tickets?
14
Is the bullet train in China typically cheaper than taking a domestic flight?