From Innsbruck, there is a scenic railway to Garmich-Partenkirchen, but the Mittenwald Railway does have 16 tunnels, including 2 that are longer than 500 metre, the longest being 1810 metre. From GAP you have reached the north side of the Alps and can continue by train easily. Direct trains avoiding this route now anyway take the New Lower Inn Valley railway which is mostly built in tunnels, but local trains via Rosenheim might take the old mostly tunnel-free track — check this carefully. From Rosenheim it's easy to reach Munich.

From 2021 you can reportedly take the Alpine Crossing cableway: from Zermatt (reachable by train with limited tunnels) to Breuil (bus connections to Val d'Aoste), it will be possible to take cable cars over the Klein Matterhorn mountain and Testa Grigia pass, passing over 3882 metre elevation. The operator advertises you won't need to get your boots wet (you will likely empty your wallet, though). Note: there will be some short tunnels on the train to Zermatt and the bus from Breuil to Châtillon, and train from Châtillon to Milano (and onward). 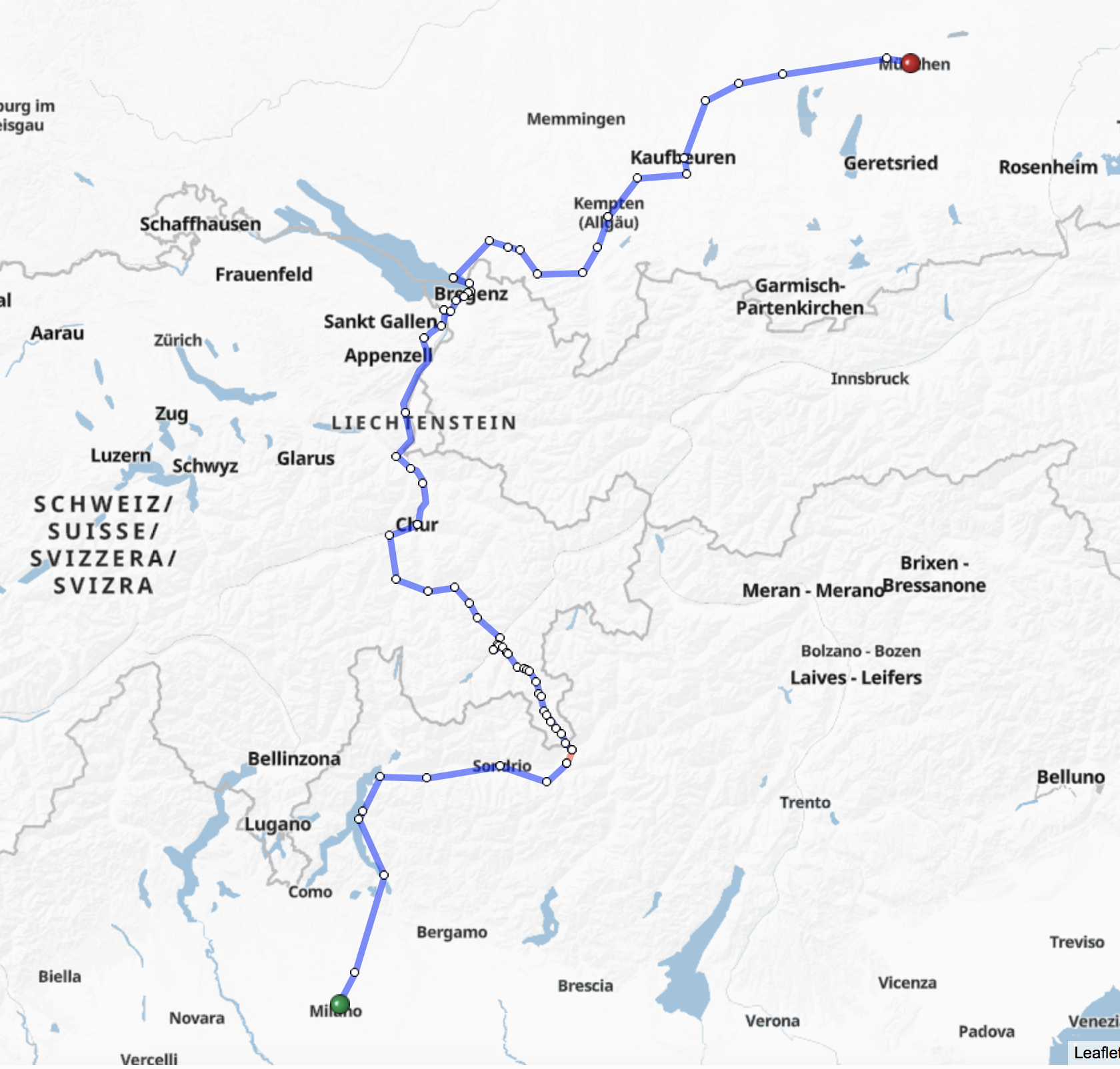 7
Rome to Paris by train
2
Termini to Colosseum in Rome - two different train stations?
15
Can I search for European train connections avoiding certain stations?
4
Train travel from Belgrade to Munich
4
Cannot find night train Rome-Siracusa after June 11 (2016)
7
Should I make a reservation for going from Rome to Florence by train?
32
How to plan a UK train route avoiding the tube?
11
How to avoid the huge tunnel at Vienna when travelling from Munich to Budapest by train?
6
Is it possible to book adjacent seats on a NightJet train?