Why does this US to UK adapter not fit properly? 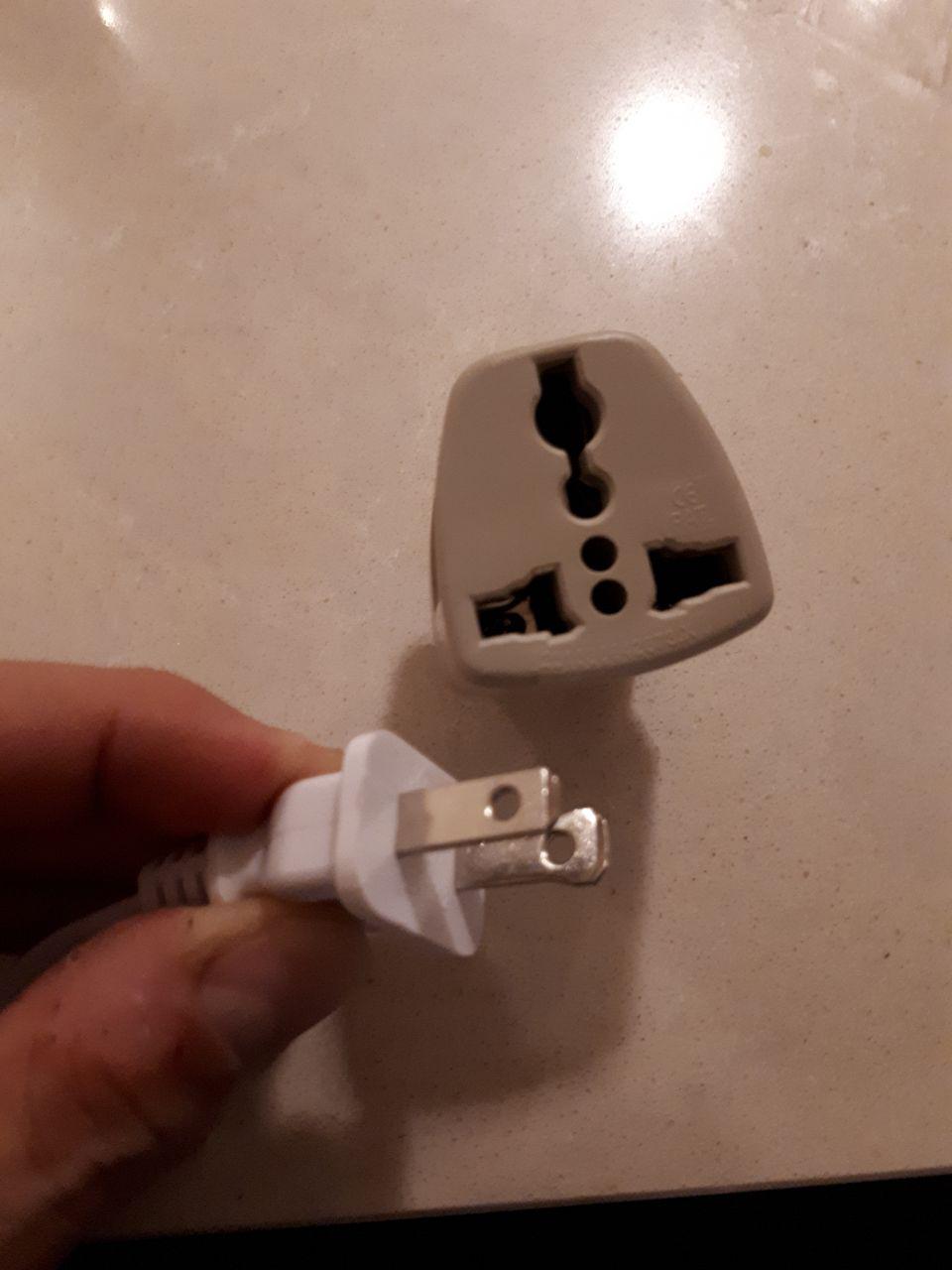 However, when I tried it, the plug wouldn't fit into the socket. Specifically, the plug seems to have one flat prong that is wider than the other.

What is the problem here? Is this not a US plug? Or is this not a suitable US-to-UK adapter? Are there multiple types of two-prong US plugs? Do I need to be looking for a different adapter?

Plug adapters are varied. I have a bag of them here, and found five adapters that accept US two-prong plugs, four for the UK and one for France. Of those five adapters, only two would accept a polarized two-prong US plug. 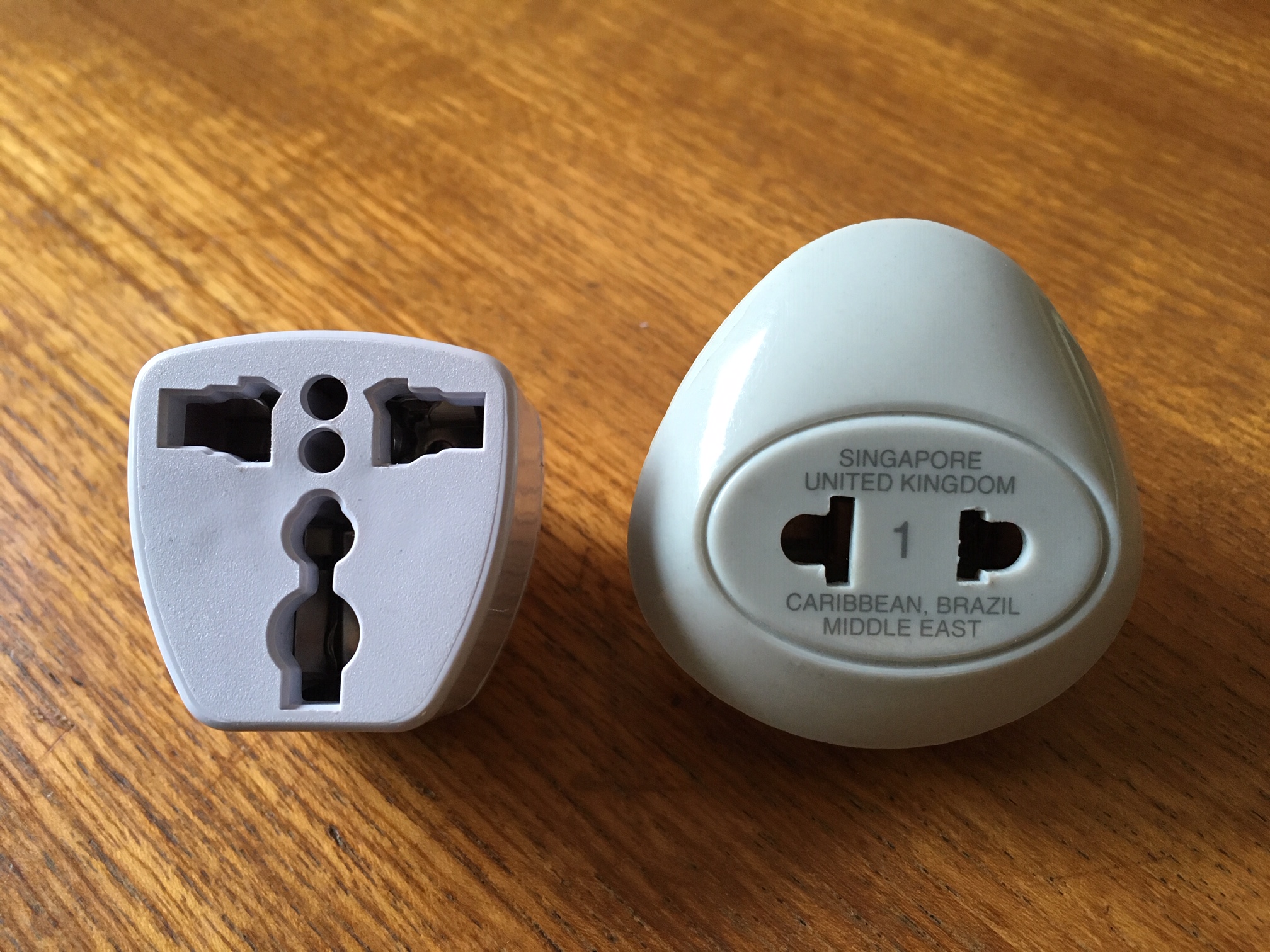 The shape of the plug is keyed for 120V only. (North America has other plug keyings intended for 240V). Does "the present" say in its labeling or instructions that it is able to run on 240V? Many things can, many more cannot. If not, you should not use an adapter like this, which will straight-shot 240V into your device.

They make larger and more complex adapters which convert voltage. Such adapters either have some electronics onboard (which can serve only limited load capacity, in watts), or are a bulky and very dense transformer (the larger, the higher the capacity in watts, clear up to the 1800W max a US device might draw if you don't mind a 15kg transformer).

That plug is a NEMA 1-15 plug that is polarized. That means "the present" is not double-insulated and it is much safer when the wide blade is connected to neutral. Neutral is a worldwide concept (except Philippines), it is a wire (typically 1 of 2) in the supply loop which is manipulated to be near natural earth, so does not present a shock hazard if your body got between neutral and earth. It is not to be confused with the safety ground, that third pin on US and UK plugs.

Whoever sold that to you sells cheap Cheese junk. It is unfit to be marketed as a US to UK adapter, since it lacks the correct keying for polarized plugs, which are very common. This particular one is a highly compromised "universal" adapter meant to plug anything (even UK) to UK. Beware buying such junk, as it can create safety issues of its own, especially if you plug in something with a high power draw.

You are better off seeking a quality unit that focuses on US to UK only, and better off buying it at a local shop, where safety regulations are able to have an effect on the quality of their selection. EBay, Amazon Marketplace and AliExpress sellers do an end-run around government regs by direct shipping to the consumer.

Not the answer you're looking for? Browse other questions tagged usa uk power or ask your own question.

4
Electrical compatibility between different countries
19
Can I use a power adapter designed for USA in Japan?
5
Will this device work with a US/Europe adapter?
5
Ground on "type E" plug adapter
14
What is the difference between type C and type SE plugs?
5
Travel to USA using a passport that does not scan properly
10
Power converter that worked in Barcelona doesn't work in Rome - how to recover?
28
Issues powering a US laptop in Europe, via an adapter
2
Why does my laptop charger not work with this adapter?