How can I determine if Southern Road to Hana (via Keokea) is closed on any given day?

Your options of getting to Hana from Wailea are:

First, the "route numbers" don't seem that useful. Google Maps shows me that 31 is in two disconnected parts, one connected to 37 and 360 and one running north from Wailea. Here are the two routes as described: 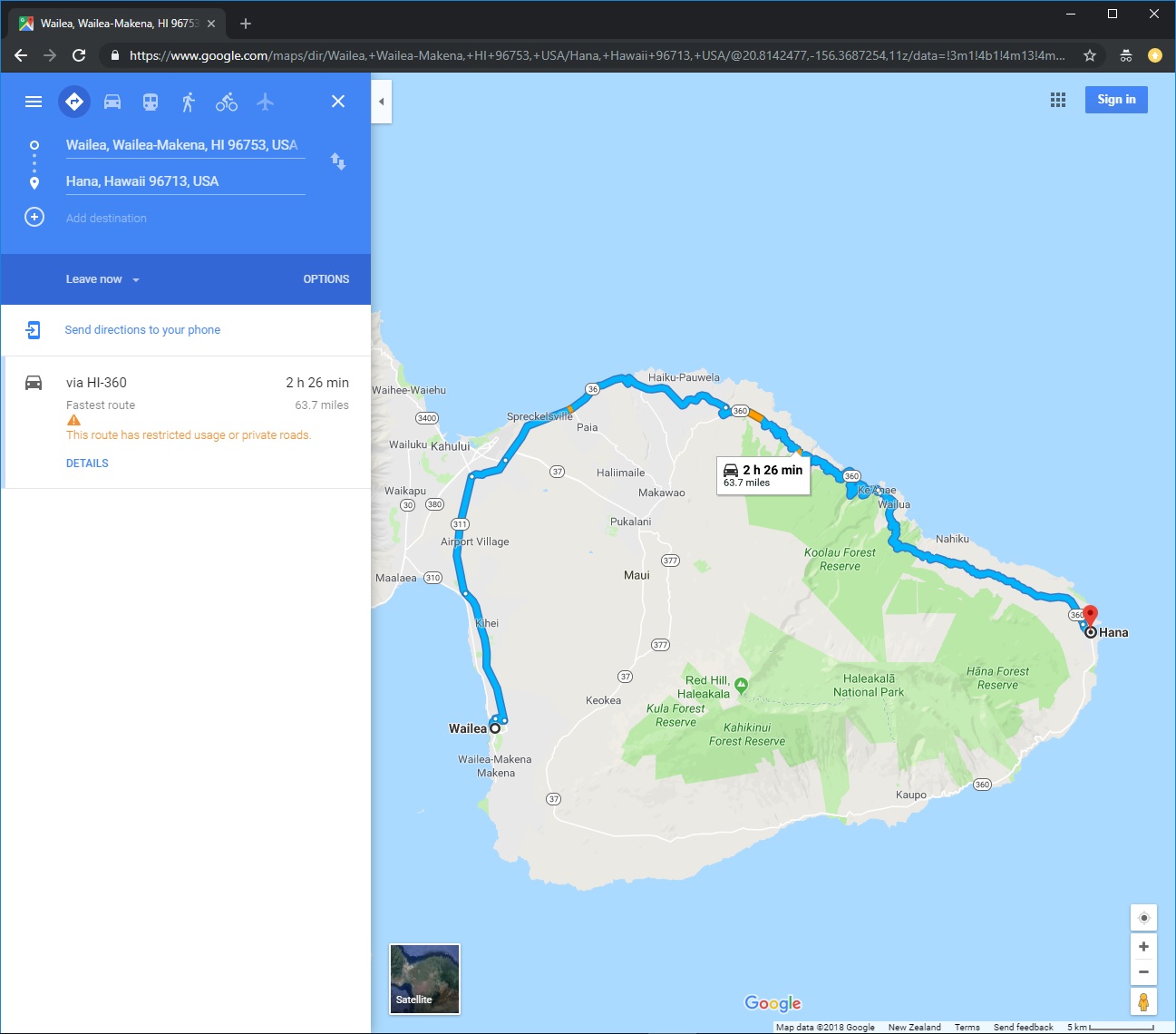 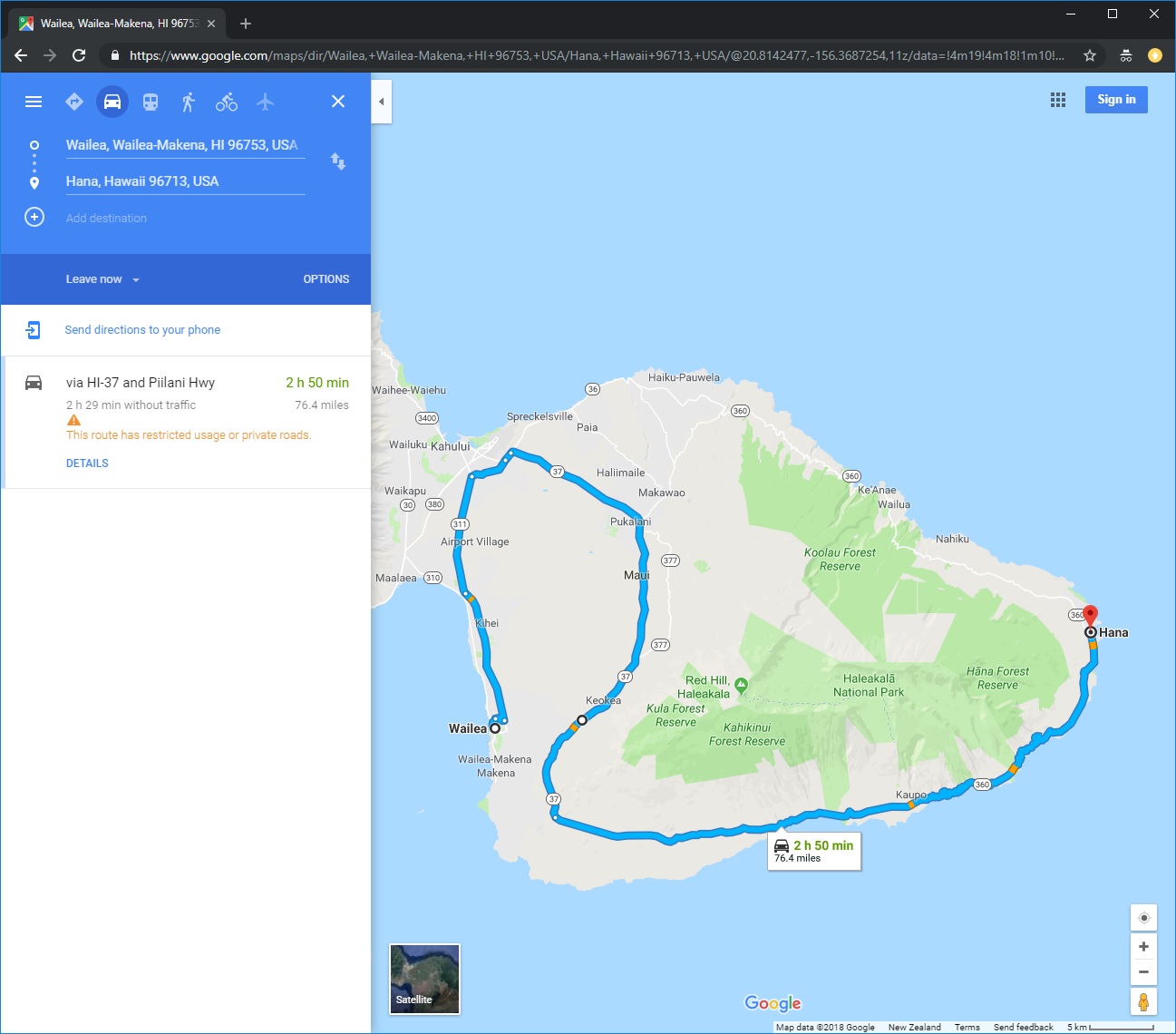 The Maui Road Closure Notifications web site would show if the southern route is closed.

If for any reason it is closed (construction, landslide, erosion, etc) then it will also probably be well marked before you get too far in. If you find it's closed unexpectedly, turn around and go the other way. You can also ask at your hotel, they might know whether it's closed or know who to call to find out.

When I last visited Maui, I drove clockwise from Paia to Hana and back along the southern route. The northern route was far more interesting.

Not the answer you're looking for? Browse other questions tagged maui or ask your own question.