What to show grandparents in Stockholm/Anytown? [closed]

Ask Question
Asked 9 years, 11 months ago
Active 8 years, 3 months ago
Viewed 461 times
13
Closed. This question is off-topic. It is not currently accepting answers.

Yay, my grandparents have finally decided to visit me. I live in Stockholm, so I've never thought at length about what there actually is to see here. Additionally, I'm limited by walking distance constraints; my grand pa-pa isn't exactly a spring chicken.

So I'm desperate for suggestions on both what to do, what to see and how to accomplish this task without burning them out. I guess I have to form this as a plausible question - well, how about - given all the givens, what would be the best 1-day route through Stockholm, with subway/boat shortcuts and feeding frenzies?

Let's say my budget is that of a guy straight out of university, who decided not to get a job but to start his own business instead. So not way north of 100-150€.

Thanks a lot for your wonderful answers. We ended up going with what VMAtm suggested, and took subway to Gamla Stan. There were plenty of elevators, but they found Gamla Stan terrain hilly to navigate. We had to take a short break by the apparently famous ice-cream house. They complained somewhat about the ice-cream, but then we were good to go all the way to city-center metro by Åhlens. 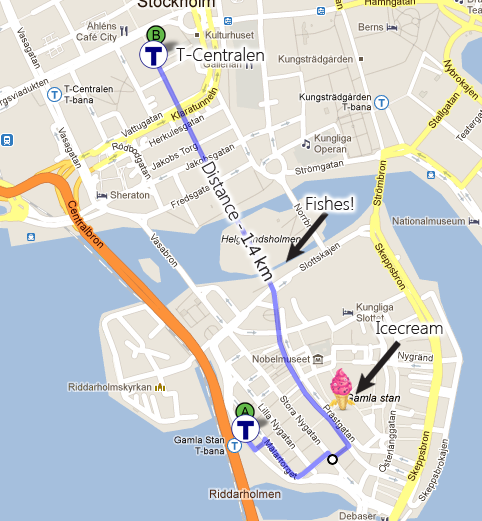 Then we took the subway to Stadion, where I used to work, and had a nice meal at whatever-that-place-is-called. They were impressed by "Köttfärslimpa" and not so much by "Lövtunn bit". 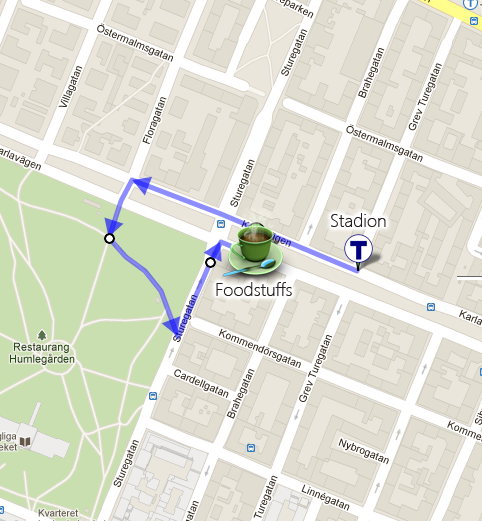 It dawned on me that I haven't updated this page. Frankly by now it's just a blur. My grand dad has now passed away, but he mentioned the trip fondly very often while he was still alive, so I must have done something right.

I was there 2 years ago as a tourist. Vasa museum is totally unique - definitely worthwhile, and you can get the hop-on-hop-off bus out there, saving the walk. The Nobel Museum is small but very worthwhile, and while you're around Ridderholmen and the palace area, you can check out the changing of the guards, and the cool little streets around that area - I really liked that.

Vasa Museet is the bare minimum.

I am not a fan of modern art, but Stockholm is full of great examples. Some people claim that the subway is the world's longest art exhibit. I appreciated Millesgården, including the tourist train to go there.

If you want to see the swedish interpretation of Versailles, Drottningholms slott outside Stockholm is worth a try.

Don't forget everything Nobel related: Nobel museum in Gamla Stan and the City Hall, where the banquet takes place. If your grand parents feel good, let them climb the tower for the panoramic view over the town.

This is higly depends on how long your grands can walk over the streets. If you are limited with one day, I think you should start with Gamla Stan: 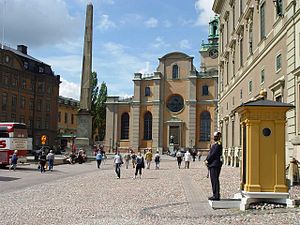 It is the center of Stockholm, beautiful at summer, and has many cafeterias and restaurants in it. Your grands will be amazed, I think. Also you can buy the bus tour for them, or water Hop-on-Hop-Off tour.

You can even mix it, if you have that much amount of money.

Stockholm? Skansen, Vasa museum and the historic inner city comes to mind. Was there in 2006 and there is a lot more to explore. As far as i remember there is also a castle near Skansen which was closed when i was there, and a Aquarium near Vasa museum, which was not that impressive.

Not the answer you're looking for? Browse other questions tagged sightseeing stockholm sweden or ask your own question.

17
What are good design galleries and museums to see in Stockholm?
17
Why is Nynäshamn a de facto “port” for Stockholm?
7
Newbie snowboarding options a couple of days not too far from Stockholm
8
Stockholm public transport ticket prices for young people
6
Are there public Midsummer's Eve events near Stockholm I could attend?
3
Transportation options between Stockholm and Skavsta Airport?
36
Why is the Vasa Museum in Stockholm so Popular?