Where in Jordan can I find cheap second-hand book stores that sell dictionaries and other language materials?

My friend is going to Jordan on a trip and he'll visit several cities. As a favor he owed me he promised to get me some books that I crave.

Can you guys tell me where are some places across the country where he could get me some books for a good price, preferable second-hand?

Edit: to be more specific, I am mostly interested in dictionaries, grammar books and other works pertaining to language in general, especially Arabic-to-other or other-to-Arabic (either MSA or Jordanian variety), published within the last century.

Obviously there are multiple bookstores in Jordan, but I don't know how my friend will plan his trip so I don't know ahead of time where to send him—instead we agreed that I'd provide him with some places and he'll try to fit them into his plan.

However, I don't speak Arabic plus I am not so sure how many second-hand vendors advertise themselves on Google Maps, hence my humble request to the community :)

The good news - Jordan and particularly Amman have seen a huge increase in the number of students coming to learn Arabic (particularly since Damascus and Cairo became less desirable locations...), so there's a growing amount of material available for people interested in languages.

The bad news is, it tends not to be cheap and second-hand language related books are often quickly hoovered up by incoming students and tend to be sold person-to-person at language schools or via social media. There aren't many places to buy second hand books that I'm aware of that are likely to be of the right type:

So you might need to compromise on the "cheap" part. There are plenty of large bookshops that have language-related materials and sell books in multiple languages. Expect prices to be like an expensive European country (e.g. Scandinavia).

The question asked for bookshops rather than specific books, but something that might be of interest is that some of the Jordanian language schools and institutes have taken to printing and selling their own materials. This is because Jordanian Arabic (which is a branch of Levantine Arabic, which is a branch of colloquial Arabic aka Ammiya) has very little in the way of quality learning materials, so they've taken matters into their own hands.

One in particular is from Diwan Baladna, a small independent Arabic school / cultural institute. They have two books out which can be found in most large bookshops but would be very hard to find outside Jordan: 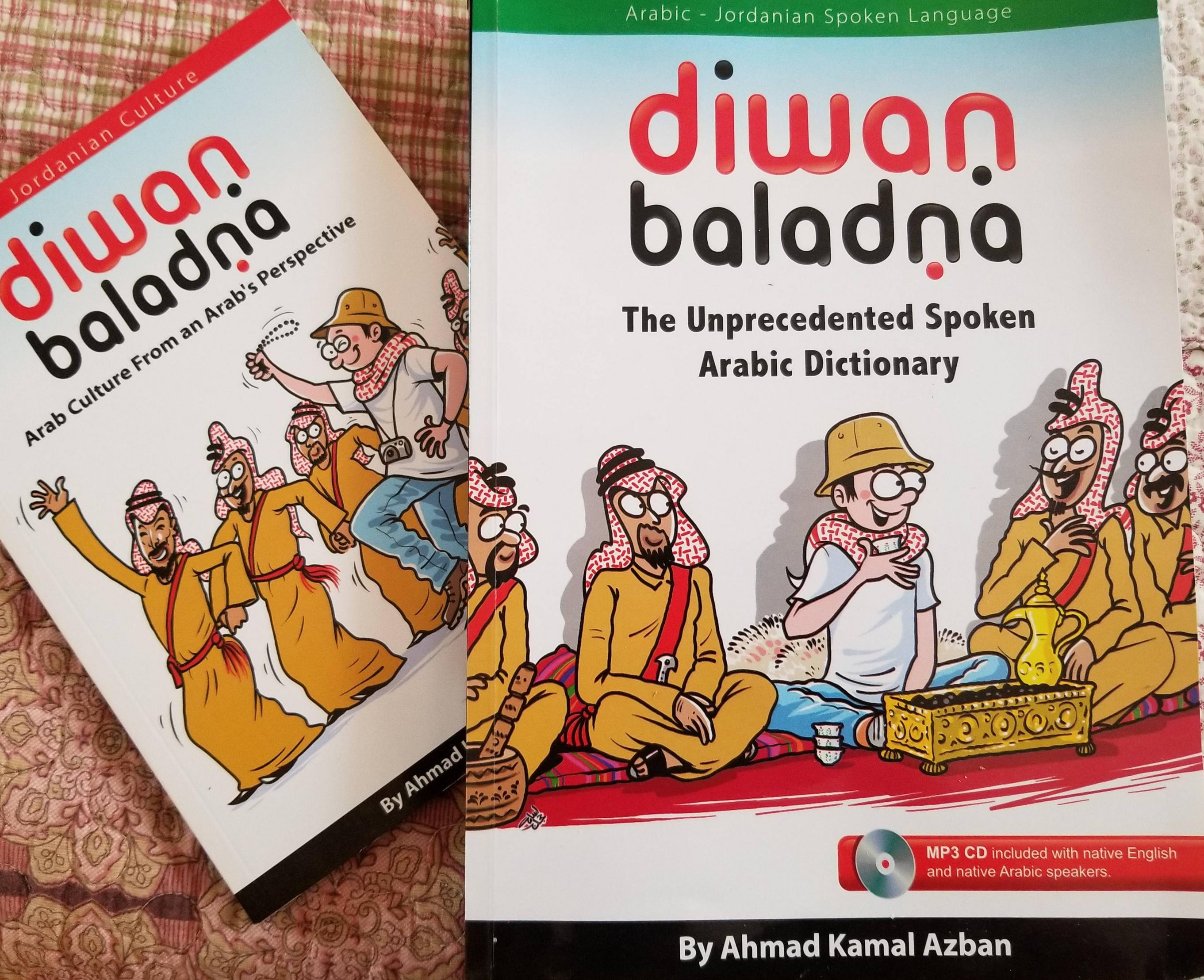 "The Unprecedented Spoken Arabic Dictionary" I imagine would be of interest to any curious person with an interest in languages. The main part is a huge compendium of idioms, with literal translations in English as well as the colloquial meaning, organised by theme, for example:

The 'dictionary' part of the book is not of much use if you don't read Arabic script (there's no transliteration, but there is an audio CD), but the idioms are a great read even to non-Arabic-learners.

It might also be worth asking at some of the language schools. I don't know any through personal experience, but the French Institute is well regarded for Arabic (despite the name!).

Not the answer you're looking for? Browse other questions tagged study shopping languages jordan or ask your own question.

7
Secondhand/antique book shops in Lisbon
21
How can I find out where to buy uncommon (for the location) items while traveling?