What is this black spot in Syria?

While browsing Google Earth in Syria, I noticed this black spot. I could not find any information about it. What is this spot? goo.gl/maps/TGvdFsuZ6ux 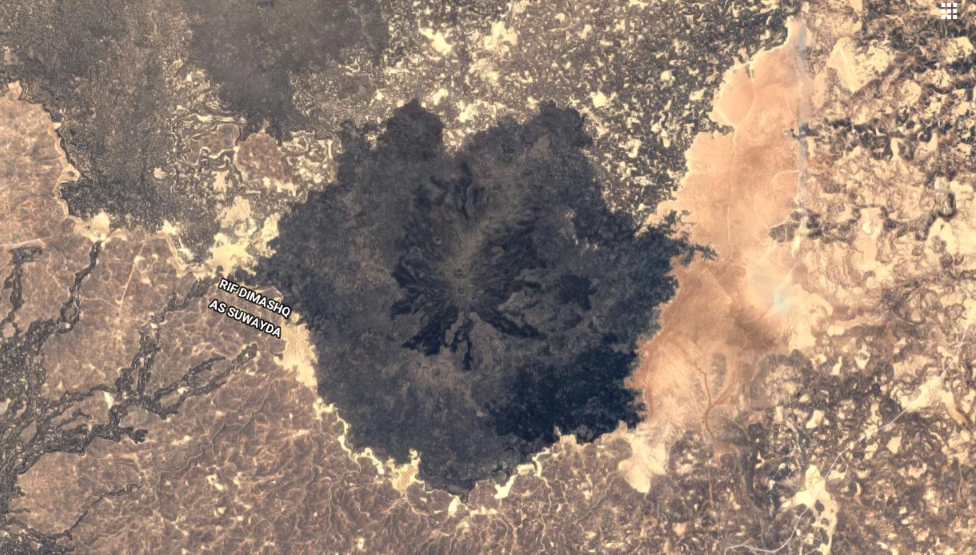 The area is called Tulul Alsafa, Arabic for "Al-Safa hills".

is a hilly region which lies in southern Syria, north-east of Jabal Al-Arab volcanic plateau. It consists of a basaltic lava field of volcanic origin, covering an area of 220 square kilometres, and contains at least 38 cinder cones

What you have zoomed in in the linked map is one of those 38 cinder cones.

Factoids: According to news reports, this area is where ISIS is "hiding" now (Sep 2018) after being hit by the Syrian army, it has unique geographical features which makes it hard for the army to follow them (according to the article I read).

Not the answer you're looking for? Browse other questions tagged identify-this landform or ask your own question.

24
Where is this half buried Armenian church or monastery?
0
What are the buildings in this photo of Atlanta?
55
Strange looking region of France on Google Maps
6
What are these long objects in Jakarta?
4
What is this mountain next to the Semmering railway called?
5
Shirakawa, Japan — Where's designated photo spot looking over village hovels and grass?
31
What is this island in the South China Sea called?
23
What are those structures in Sudan?
9
What city is this on the Apple TV screensaver?