Botanical gardens in or close to Paris, France

I do love visiting botanical gardens. Given that inclination, where should I head for on a multi-day visit to Paris, France in late September?

The big one is Jardin des Plantes: 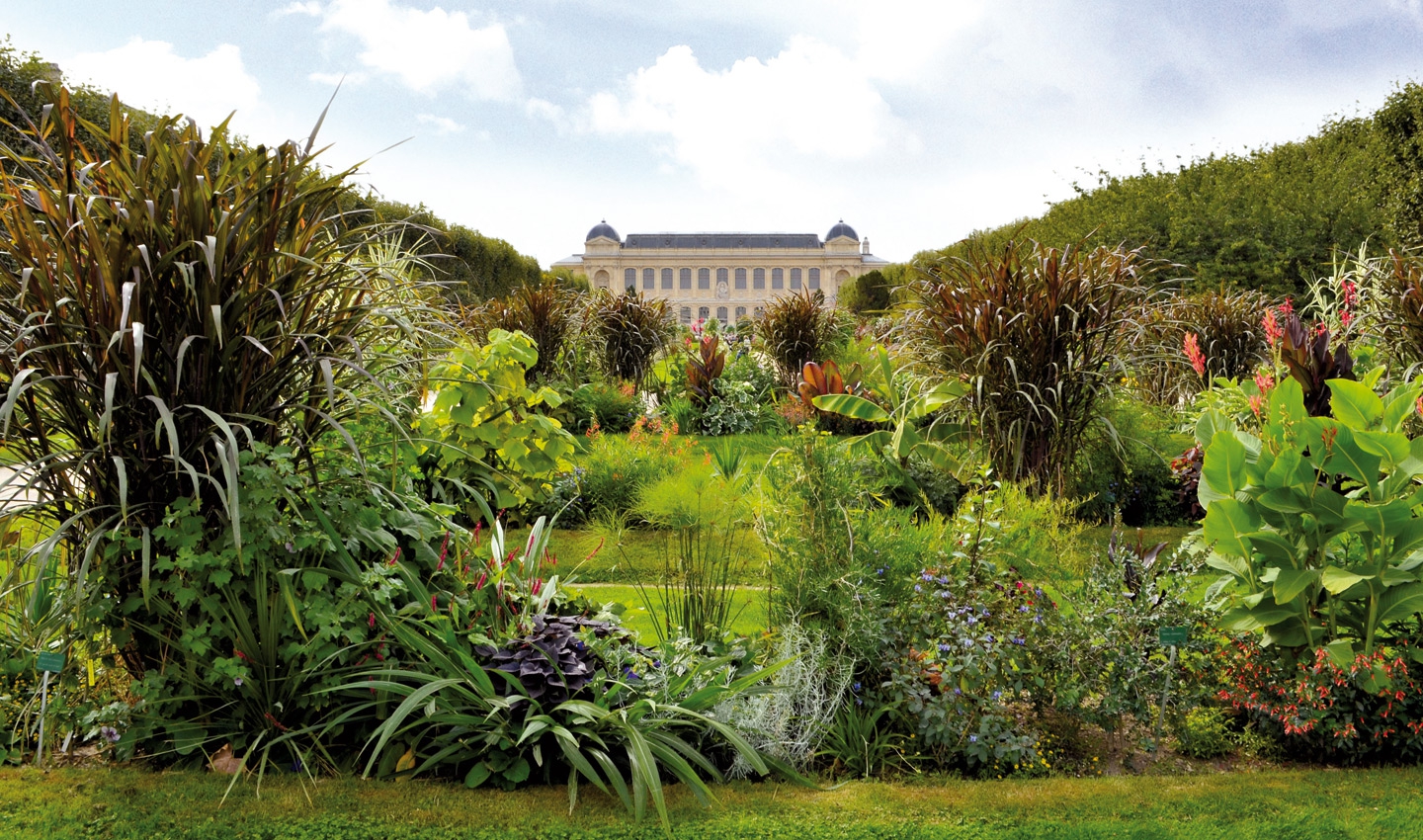 Ancient Royal Garden, this place has developed during the centuries and contains now the gardens itself, the Museum of Natural History and the Menagerie.

At the Jardin des Plantes, you will discover the Alpine Garden which, created in 1938, contains 2000 mountain plants from all over the world, the rose garden, the iris garden, the Botany School's Garden, where 4500 species are labelled and regrouped by families.

The glasshouses will take you either to tropical climates or to hot and dry Mexico. You can also admire the centenary trees like this Lebanon Cedar, planted by Bernard de Jussien in 1734. 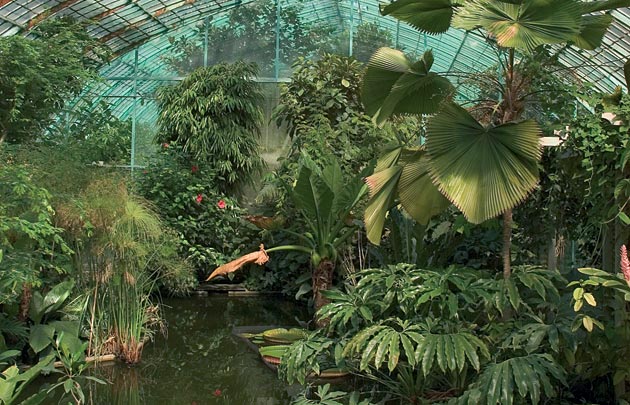 The Jardin des serres d’Auteuil in the Bois de Boulogne is one of the four botanical gardens maintained by the City of Paris. Its creation dates back to 1761, under the reign of Louis XV. Currently, this elegant garden is organised around a huge parterre in the traditional French style. The five main hothouses, with architecture dating to the end of the 19th century, were built around this central area. The garden houses collections of rare plants and remarkable trees, a palm house, and a beautiful aviary; it is a pleasant spot for plant lovers and gardeners. The City of Paris organises guided tours of the garden all year round, and a classical music festival is held here every year.

Paris-Sud University (which is outside of Paris, in Orsay) is a campus which is situated on a large botanical garden as well - although some of the buildings may look a bit sad, walking across the river from the train station (Orsay station on the RER B) can afford some nice views.

The Jardin de la Vallée Suisse is a small, hidden park which is rather nice. I'm not sure whether it is qualified as a 'botanical garden' or not, though. 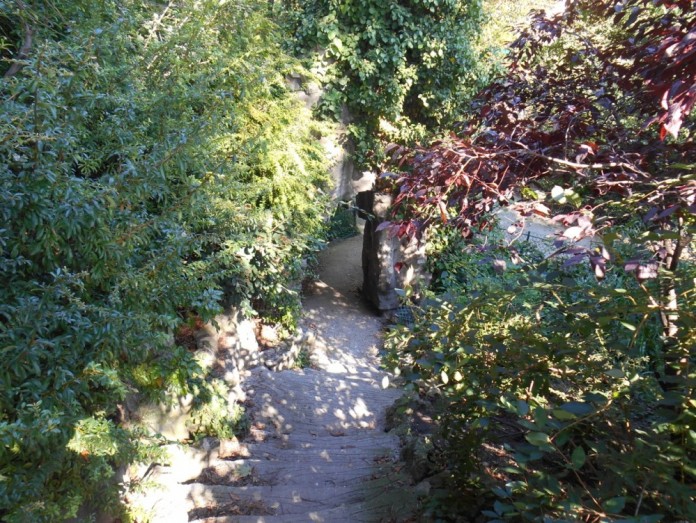 And finally, Versailles castle (outside of Paris on the RER C) also has some nice gardens. Info from Wiki and their website, and a blog post from where the below picture came (with more pictures). 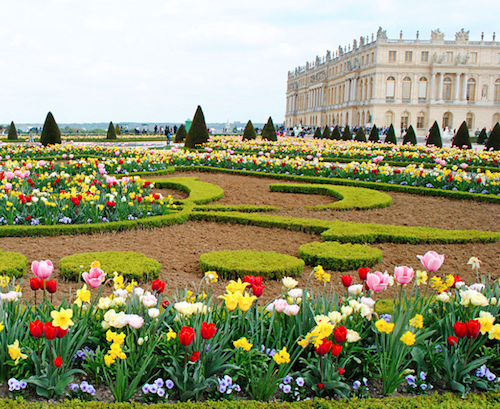 The Gardens of Versailles (French: Jardins du château de Versailles; French pronunciation: ​[ʒaʁdɛ̃ dy ʃato də versaij]) occupy part of what was once the Domaine royale de Versailles, the royal demesne of the château of Versailles. Situated to the west of the palace, the gardens cover some 800 hectares of land, much of which is landscaped in the classic French Garden style perfected here by André Le Nôtre. Beyond the surrounding belt of woodland, the gardens are bordered by the urban areas of Versailles to the east and Le Chesnay to the north-east, by the National Arboretum de Chèvreloup to the north, the Versailles plain (a protected wildlife preserve) to the west, and by the Satory Forest to the south.

As part of le domaine national de Versailles et de Trianon, an autonomous public entity operating under the aegis of the French Ministry of Culture, the gardens are now one of the most visited public sites in France, receiving more than six million visitors a year.2

In addition to the meticulous manicured lawns, parterres of flowers, and sculptures are the fountains, which are located throughout the garden. Dating from the time of Louis XIV and still using much of the same network of hydraulics as was used during the Ancien Régime, the fountains contribute to making the gardens of Versailles unique. On weekends from late spring to early autumn, the administration of the museum sponsors the Grandes Eaux – spectacles during which all the fountains in the gardens are in full play.

In 1979, the gardens along with the château were inscribed on the UNESCO World Heritage List, one of thirty-one such designations in France.

Visiting Versailles castle can be expensive, but the gardens are free of charge.

Based on living here, I think September would be a nice time to visit. The weather is not very cold yet, so you should still have some nice plant life. We're also getting a fair amount of rain now, which I hope will offset the heat wave we just had over summer.

Personal note: One of the things I find the most striking about being here is that there are small, hidden parks right in the middle of urban sprawl. And on that note, I give you my final recommendation:

Le Petit Ceinture de Paris - Probably not a botanical garden in all areas. It is basically an old train line which has been stopped and converted into a walking garden. My favourite is to start at the entrance for the Ceinture in the 15th and walk until the 12th. The best part is probably La coulée verte (you will need to use google translate). La Coulée verte is, in total, a 4 kilometre walk (allegedly up to 7, but I've never found where to continue it). Not all of it is full of plants, but it is at the beginning. This has probably been my favourite walk in Paris. This part has an entrance around 10 Cour du Marché Saint-Antoine, 75012 Paris. 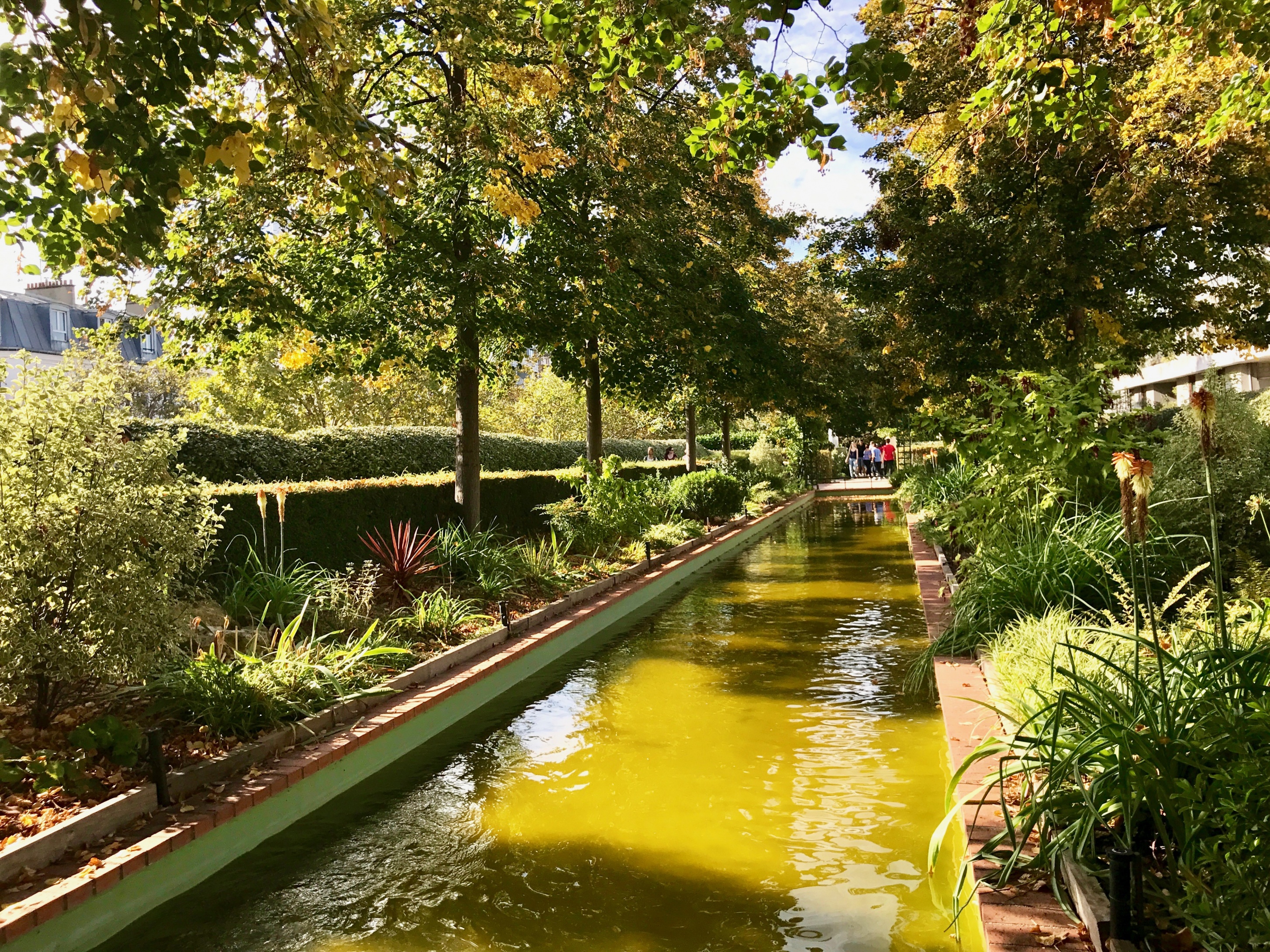 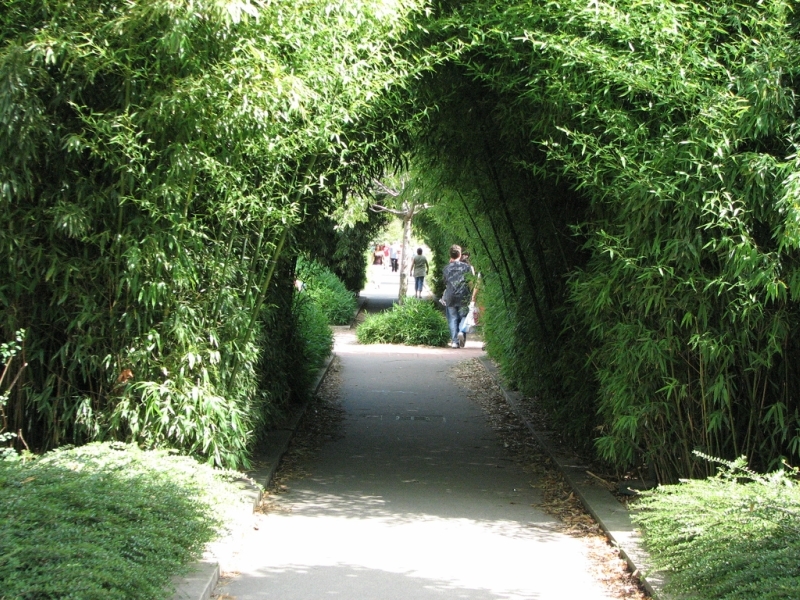 The entrance is near the Bastille:

It is an ideal walk to leave the din of the city in the middle of nature. Located along the old railway line of Vincennes closed since 1969, the walk will disorient you along its 4.5 kilometers .

A good half of the Coulée Verte will allow you to overlook the city since the course is about 7 meters above the streets . After the footbridges, the walk back down to the street level, you will also pass under small tunnels. In short you will understand, the course is far from monotonous! We can compare it to the "highline" of New York , which is largely inspired.

The Coulée Verte is accessible all along the route thanks to stairs or lifts. Know that the second part of the course offers a bike path in addition to the passage for pedestrians.

The other answer is very thorough but perhaps you would also like to look at Bois de Vincennes. It is located in Eastern Paris and has a zoo, a botanical garden, a Buddhist temple and a children’s farm along with many grassy fields and lakes.

It is very accessible from public transport and bikes are available for rent to explore its vast confines. 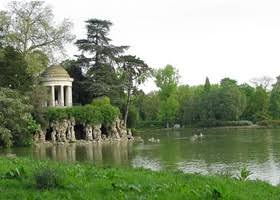 There is also an exhibit of rare or forgotten species of apples, in the Jardin de Luxembourg. It is a rather humble park by Paris standards, but it is my favourite.

I would recommend Claude Monet's garden in Giverny. It is not too far away from Paris, and there are bus tours available. Giverny Monet's Garden

Rather than Versailles and its crowd, if you'd like to see some classic Le Notre garden I'd recommend Vaux le Vicomte, which also comes with a lovely and much more accessible castle https://www.gardenvisit.com/gardens/chateau_de_vaux-le-vicomte

Within Paris itself my favorite is the Parc Monceau, an English-style garden in the 8th arrondissement. Not so much.. gravel :-). But for a more formal botanical approach, Bagatelle in the 16th is a gem https://www.french-gardens.com/gardens/bagatelle.php

I like the musée départemental Albert-Kahn. It is located in Boulogne Billancourt, right outside Paris.

It has beautiful gardens: French, Japanese and a few "forests".

Warning: it is currently (September 2018) under renovation and the gardens are closed. I could not find an expected date for the end of the renovation, please feel free to remove this warning if it is over :)

Not the answer you're looking for? Browse other questions tagged france paris parks-and-gardens or ask your own question.

11
Is it too far to go to Eastern Europe on a 5-6 week holiday if I land in Paris?
5
Most convenient train to arrive in France from Amsterdam?
6
Showers at/near Paris Gare du Nord station?
1
Schengen visa to France and Sweden
4
When do school holidays in Belgium not overlap with those in France so I can have a calmer visit to Disneyland Paris?
8
Paying an unreceived traffic fine in Paris
3
Which botanical gardens can I visit in Shanghai?
12
French bookshops in Paris