Can I go to England with my EU family member ID card?

I need some help. I already bought tickets. When I went to Maltese Immigration and showed them my ID card,. I was told I could go to the UK, but that I had to go with my family. I was also told to bring with me my marriage certificate and the birth certificates for my children (to show to the British authorities).

Can I travel with my ID card? 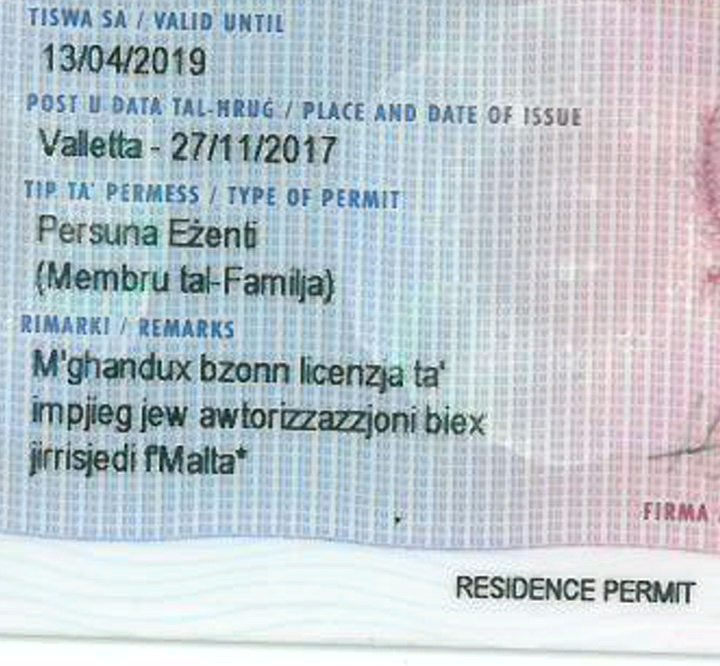 As someone who is not a citizen of the EU, a national of an eea country, or a citizen of Switzerland, you need at least a passport to enter the UK (although if you are a refugee or stateless person, this could also be a passport-like document issued to you by your country of refuge).

If you are a national of a visa-exempt country, you do not need any document other than your passport.

If you are not a national of a visa-exempt country, you may nonetheless be exempt from the visa requirement, under the conditions described by the Maltese authorities, if you hold an Article 10 residence card. Your card does not appear to be an Article 10 card, however, since the Maltese version of Article 10 says that such a card should include the text "Karta ta' residenza ta' membru ta' familja taċ-ċittadin ta' l-Unjoni," which is absent from your card. Your other question indicates that your wife is Maltese, so it is to be expected that your card is not an Article 10 card.

This leaves you with the visa requirement. If your spouse is an EU citizen (as your other question indicates) and you're traveling together, you can get an EEA family permit, which is free of charge and should be issued quickly.

If your children are the only EU-citizen members of your family, you will most likely be unable to derive free movement rights from them, in which case you will need a standard visitor visa. Your other question suggests that this is not the case.

The document pictured in the question appears to be a permit to live in Malta. While this document may affirm the holder's right to live in Malta, it falls short of qualifying as a Refugee Travel Document as it not in passport-like booklet form as required by the Convention Relating to the Status of Refugees, which includes data about the holder and a photograph.

Thus, you will most likely be denied boarding on any flight terminating in the United Kingdom. If the airline does allow you to board, you will be refused entry by UK Immigration.

Edit: my answer above, while a correct statement of general travel practice, is inapplicable because the OP has indicated in another SE Travel question that his partner and child are Maltese passport holders. @phoog's answer reflects the OP's situation, and is more accurate.

Not the answer you're looking for? Browse other questions tagged uk customs-and-immigration eu-id-card or ask your own question.

19
Children with a different surname to parent - UK citizen - UK passport control
3
Can my son enter the United States with just his birth abroad certificate?
9
What are the requirements for the Marriage Certificate when travelling to UK with an Article 10 Residence Card?
0
Submitting birth certificate for my kids to get UK visa
12
What is the document might be as "Evidence of family members remaining in your home country whilst you travel" for Standard Visitor Visa?
30
Travelling in the EU with a national identity card - no longer possible?
2
Refusal of EEA family permit
7
How to prove a relationship when my unmarried non-EU partner travels to the UK with a 'Family member of an EU citizen' residence card?