Sending a package to Norway by Poste Restante (from France)

I plan to do trekking with my boyfriend in September. We will start by crossing the Lofoten Islands in Norway and then we will go into Northern Sweden to do a part of the Kungsleden.

We don't want to carry all the food for these 2 treks in our bags, so we would like to send a package to Abisko (Sweden) or to Moskenes (Lofoten Islands) or to Narvik (North of Norway), that we can pick up at the end of our 1st trek (that's to say when we will start the Kungsleden).

You can send a package to Abisko as long as you notify them well in advance. You will have to pick it up at Godisfabriken Supermarket in Abisko Östra, a bit east of the tourist centre. From STF Abisko page:

Note that there's also plenty of processed outdoor food for sale in Abisko (much cheaper than Norway), as it's a major hiking centre where many people start Kungsleden hikes. If you do your hike before mid-September, expect it to be very busy (~200 people per day). 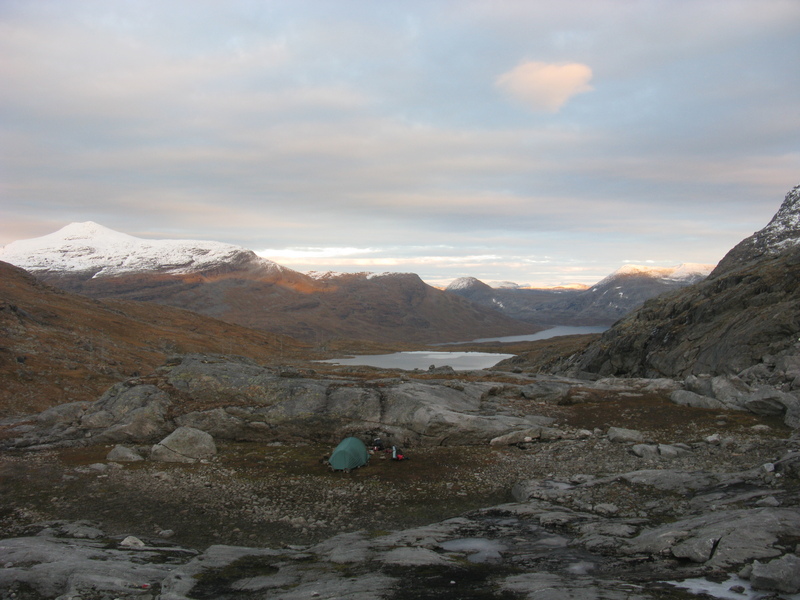 Between Baugevatnet and Sijdasjávrre, near Narvik, Norway, ~68.1°N, 1 October 2012. Probably less than 50 hikers per year pass here, we saw nobody for the 4 days from Hellemobotn to Skjomen.

You can use Poste Restante in Sweden.

PostNord (the nordics joint-venture postal organization) has an info page about this. Find the best Poste Restante post office and just send the message there with your name on it.

I've used it a few times and it's almost always working.

Not the answer you're looking for? Browse other questions tagged sweden norway mail or ask your own question.

1
Amount of stamps for sending postcards from India
3
Pick up a package in the US sent from abroad
11
Does "poste restante" require ID in Germany?
7
Sending a letter to Manila/Philippines to be picked up at the post office (Poste Restante)
1
Back to mainland Norway from Svalbard