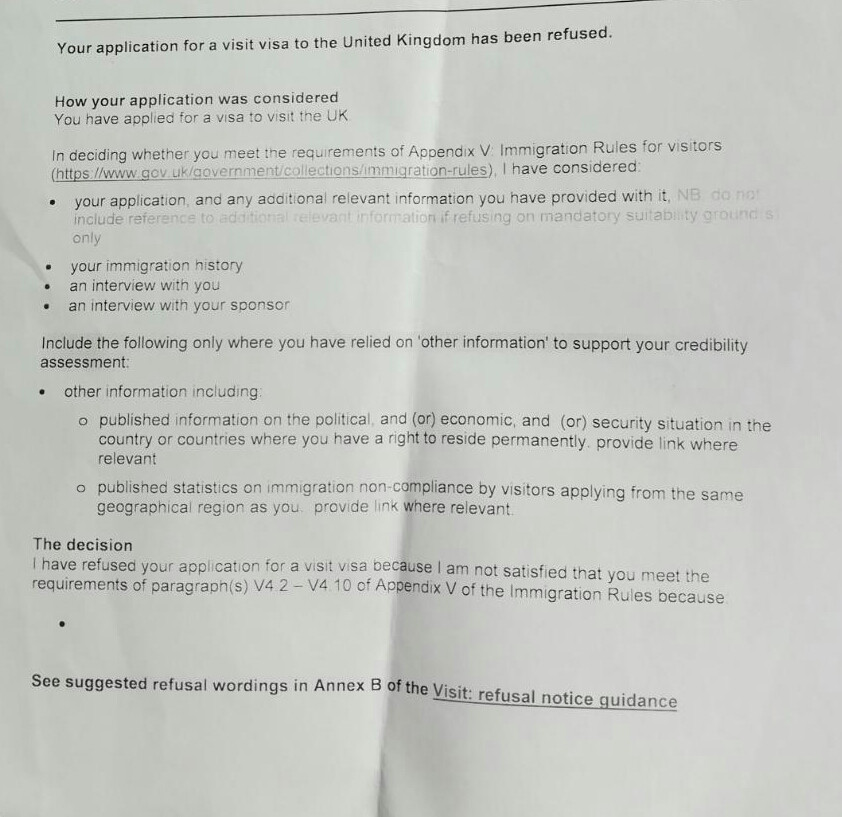 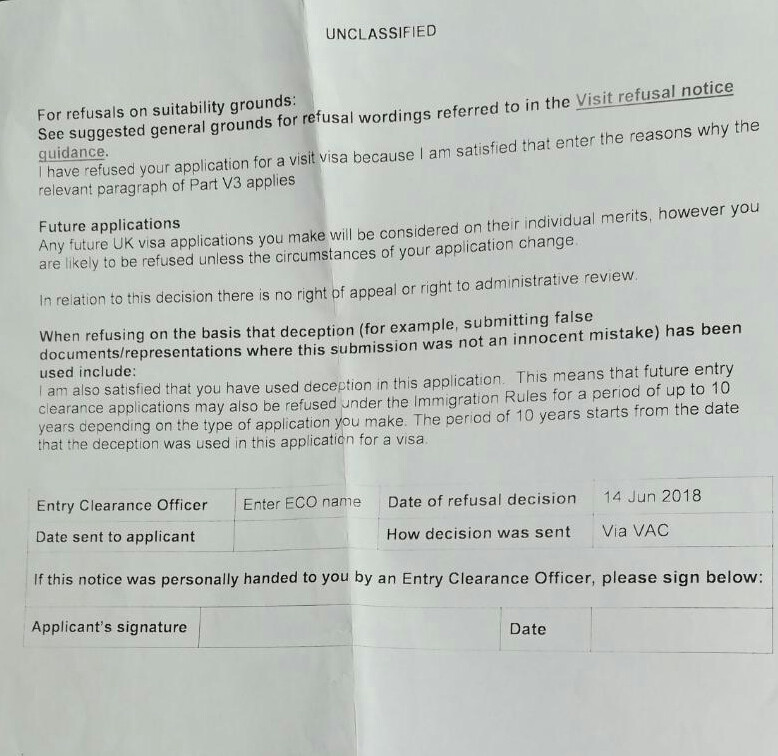 I had applied for standard visitor visa to see my daughter (British citizen)''s family including kids (British citizens) and her husband (Indian citizen on ILO) 0n 18/5/2018 and got refusal as above . While i had visited uk in 2008 and returned back in 2 months (different sponsor).I am unable to understand the refusal noti ce because of folowing reason's :- 1 ECO has claimed to have considerd interview with applicant and sponsor but no interview has been conducted with me and sponsor. 2. Reason of refusal has been left blank for explanation with a dot mark. 3.name of ECO has not been entered. 4.General refusal wording is written in which reasons are also not entered .These wordings clearly show that reasons must be entered but it is not done.moreover refusal writing guidance also mentions explanation of any refusal to be entered in refusal notice.

In the light of above I want to ask if this refusal notice is justified and do all general refusal wordings mentioned in refusal notice apply to me or are they general one?? To whom should I write for explanation.? No such activity was done on my part that such deception charges may apply to me . Are there chances that appllication and supporting documents of some other person may have been considered for me . What should I do .kindly suggest .thanks

Browse other questions tagged uk visa-refusals or ask your own question.

25
UK Visa Refusal: Provenance of funds/parking
10
UK Family visitor visa refused due to lack of ties. What can I do now?
2
UK Standard Visitor visa rejection under Appendix V, paragraph 4.2(a)
16
I've applied for a UK Standard Visitor visa to attend to my sick husband, but my application was refused. How should I reapply?
4
How can I obtain a lost copy of a UK Visa Refusal Letter from UKBA or concerned authority?
2
EEA family permit refusal - appeal or new application?
0
My uk visa was denied