I went to Belgrade and bought an coverter, seen in the second picture, with output of AC 110V and 45W. The razor worked, but it was clear that too much power was going to the device, as the motor was running very fast and very loud. It actually hurt my ears, but I used it anyway.

Now I'm in London and I bought a new converter (picture 3 and 4), hoping to be able to use my device normally, that is with the proper amount of current. The box says it has an output of AC 110V and up to 100W. Is this thing going to blow my razor? What do I need to buy to use this thing properly?

I'm using Airbnb's so would need a solution for a regular UK household.

Also, this is a hair clipper that plugs directly into the wall. No battery involved at all. 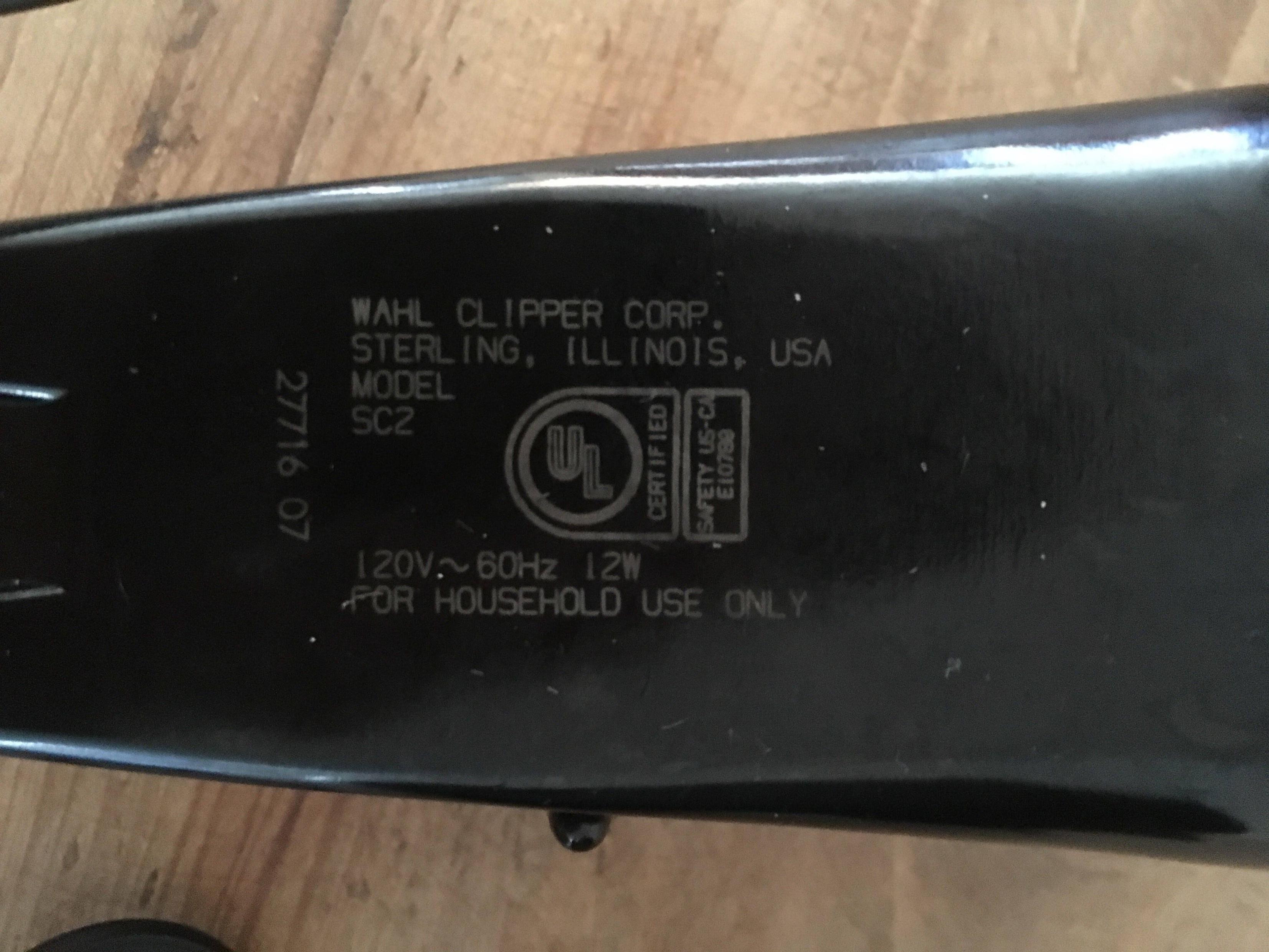 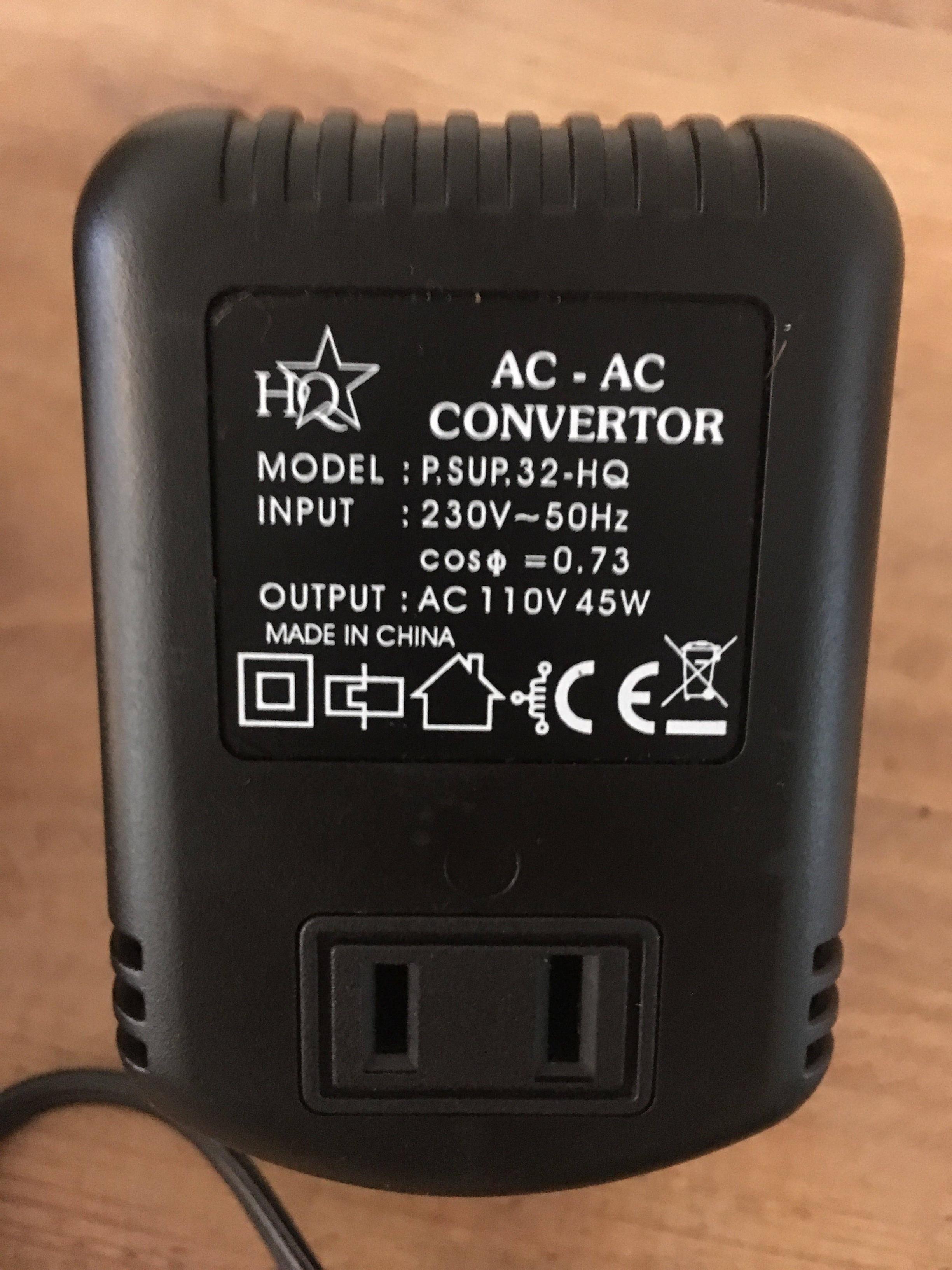 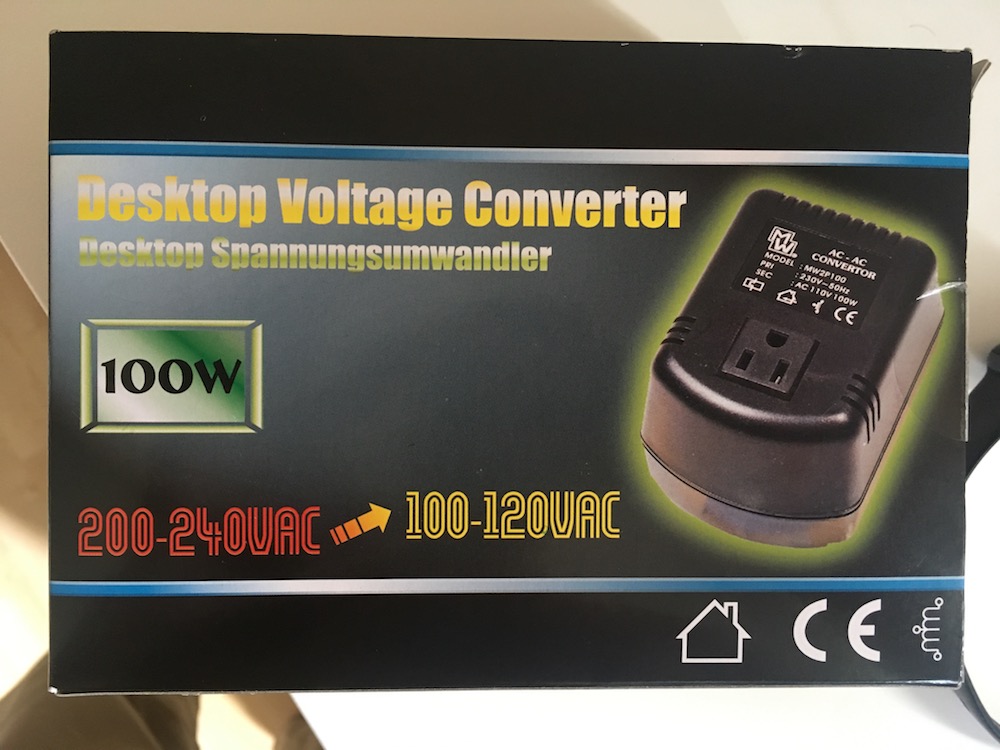 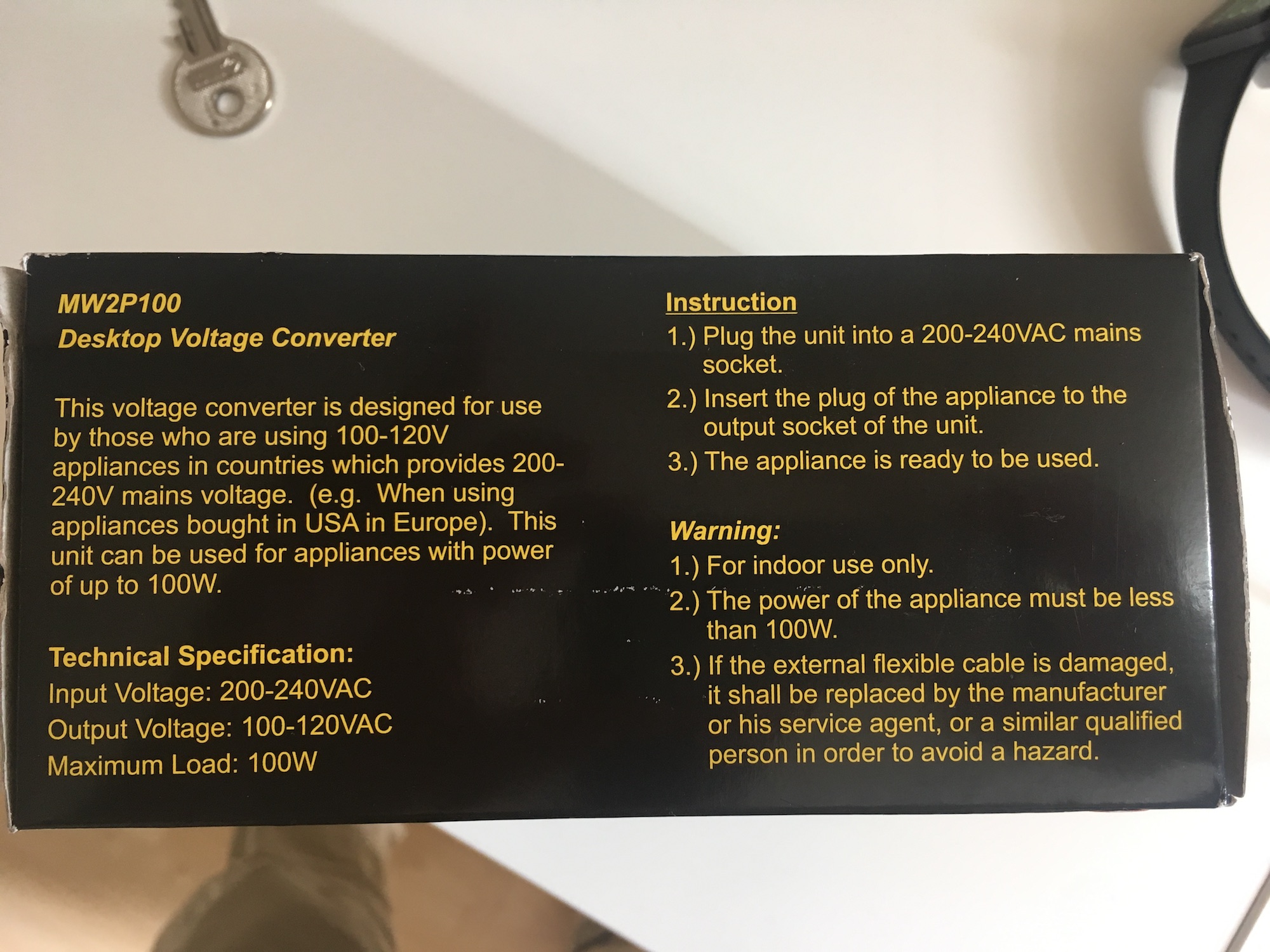 The wattage on the converter is the maximum it can handle, it's not physically possible for it to supply your razor with more energy than it needs.

The change you experienced in speed and sound with the old converter must be due to something else. Given my (admittedly limited) knowledge on how motors are build, I would guess the frequency was a more likely culprit.

As none of your converters have a listed output frequency it's hard to say anything sane about that, but I wouldn't have guessed it could be wrong (another testament to my limited knowledge on the subject).

In any circumstance: It's extremely unlikely your razor will blow up.

Most hotel bathrooms in the UK have a dual-voltage shaver socket, with both 230 and 110v outputs - so you shouldn't need to buy anything in order to use it.

Not the answer you're looking for? Browse other questions tagged power or ask your own question.

19
Is there a standard power adaptor to use on airplanes?
24
Power plug in Ireland: is it the same as in the rest of Europe?
19
Should one bring a power strip when travelling from the U.S. to Europe so that one won't have to get more than one power adapter?
6
Travel adaptor in Egypt - can I buy the UK adaptor in Cairo?
4
Power adapter for Europe - Type C or Type E/F?
8
What do I need to know to charge my phone / razor in Europe?
8
Power outlets for passenger use in Gatwick Airport
6
Adapter voltage different to both mains power and appliance expectations
1
Power plug adapter for Thailand for US electronics
21
What are these holes for on this European travel adaptor?